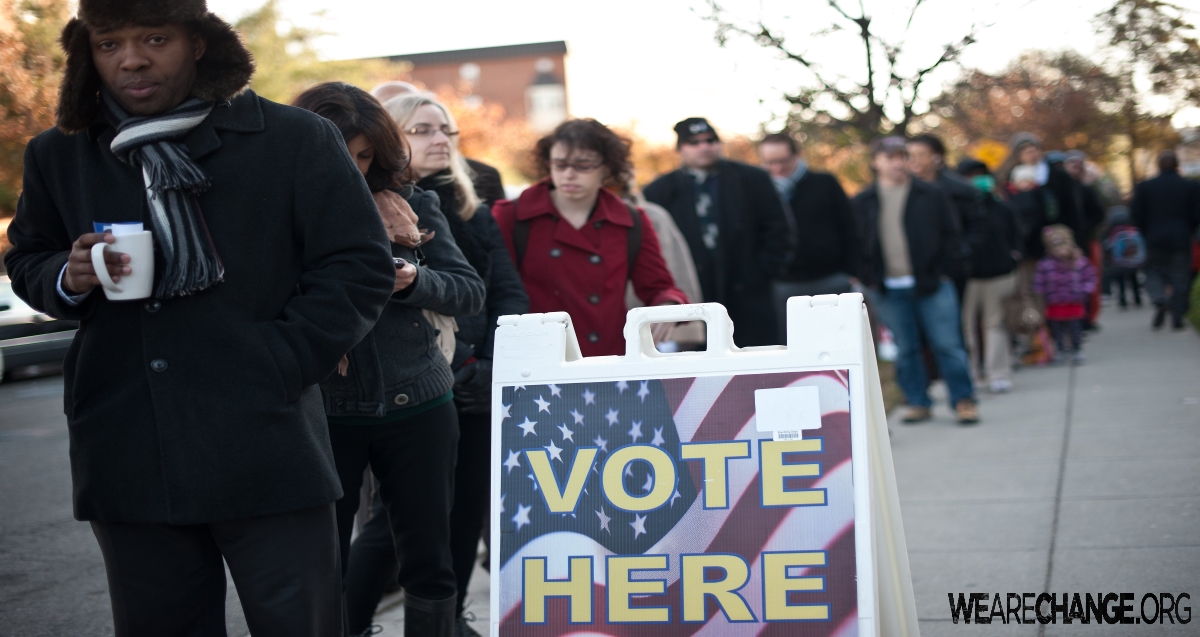 States have the right to determine who can vote in federal or local elections.

The Supreme Court is in clear violation of the Constitution here.

We are living in a lawless country folks!

In a stunning ruling, the Supreme Court of the United States struck down an Arizona law requiring voters to present citizenship proof to register in state and federal elections.The law clears the way to illegal alien undocumented immigrants voting in national elections without substantive means of preventing it for many states. The highest court in the land ruled 7-2 that federal law “precludes Arizona from requiring a federal form applicant to submit information beyond that required by the form itself,” as Justice Scalia wrote. Professor Tom Caso of the Chapman University School of Law in California told the Associated Press that the decision “opened the door” to noncitizen voting.

“The court’s decision ignores the clear dictates of the Constitution in favor of bureaucratic red tape,” Caso said. Justices Clarence Thomas and Samuel Alito dissented from the court’s ruling.

Citizens, 18 or older, male or female, cannot be denied the franchise, except as a criminal sentence under due process of law. That last is why almost all US states ban voting by felons, though some allow restoration of that right when the rest of the sentence has been served.  The pardoned can also vote.  No non-citizen is allowed to vote in a federal election. But, note that the Constitution doesn’t prevent the several states from having a wider franchise for state and local offices.

Right of foreigners to vote in the United States  shows several Maryland municipalities that allow alien voting.  Scroll up the page and read about how this was allowed more widely in the past.

Additional: Will New York City Give Non-Citizens the Right to Vote?
That’s a National Review article by John Fund. Here’s the Think Progress article Fund quotes: More Than A Million New Yorkers May Get The Right To Vote For The First Time Chicago is mentioned as a place non-citizens can vote in school board elections. These local variations can’t effect voting for the Federal House or Senate or for President

Immigrants, documented or otherwise, do not have the right to vote in federal elections until and unless they obtain citizenship. Federal law is quite clear that only citizens may vote in an election for federal office.

States may, but need not, in their discretion, extend the franchise to anyone they want for non-federal elections. No state currently permits non-citizens to vote in its statewide elections; the last to do so was Arkansas, which abolished that right in the 1920s. There are places where non-citizens may be allowed to vote in certain municipal elections, most commonly elections for local school boards, where the franchise is sometimes extended to non-citizens parents of children currently attending school in the district. But no state may allow a person who is not a citizen of the United States to vote in an election for federal office.

Federal law doesn’t require states to mandate any particular form of proof of citizenship; here in Illinois the “proof” of citizenship is the sworn statement of the registrant, under penalty of perjury, that he or she is a citizen of the United States. No further documentation is required. Other states mandate stricter requirements. In practice, “vote fraud” by noncitizens ineligible to vote is exceedingly rare, regardless of the mechanism used by the state to enforce the federal restriction.

A state may grant a broader franchise to vote in federal elections than the minimum requirements of federal law, but as federal law requires the enfranchisement of all citizens 18 years or older, other than those who have been convicted of a felony or adjudged mentally incompetent, and forbids the enfranchisement of all noncitizens, about the only way that a state can expand the franchise within these boundaries is to grant the vote to some persons under the age of 18, and to allow certain felons the franchise even though federal law does not so require. And indeed there is some variability in the margins here between the states, with some states denying felons the vote for life, while others restore the franchise to convicted felons under certain circumstances (which vary from state to state), and with some but not all states allowing seventeen year olds to vote in certain circumstances.