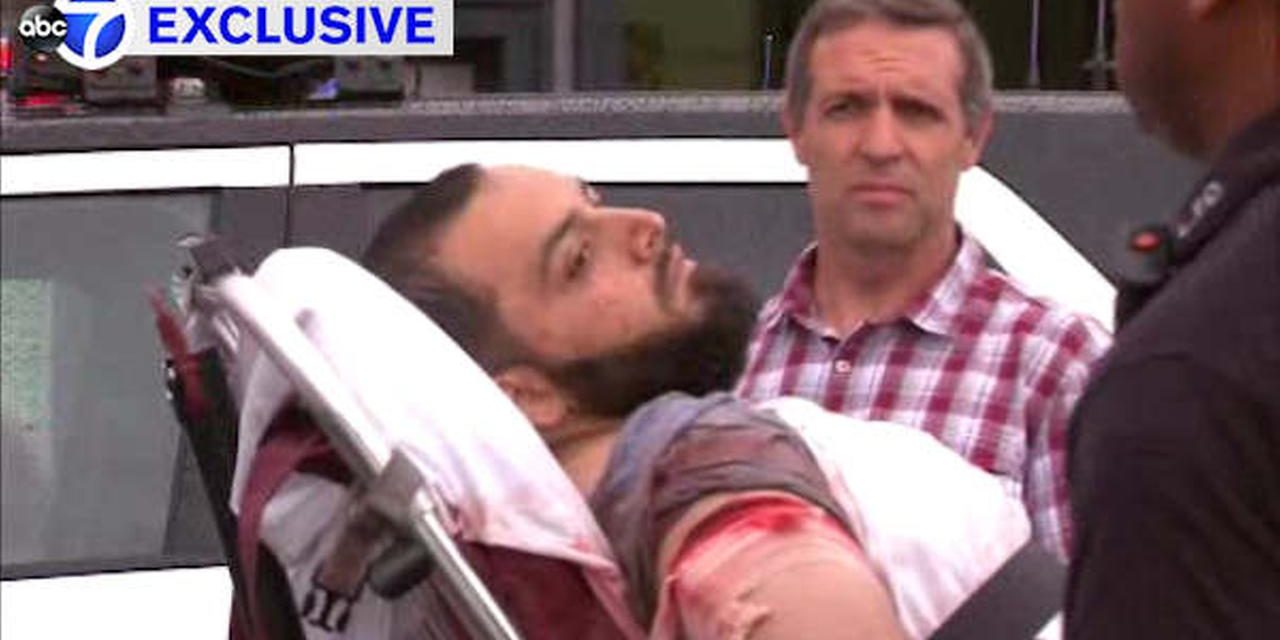 After a shootout with NYPD, FBI and SWAT officials, Ahmad Khan Rahami, 28, was strapped to a gurney and taken into custody for questioning about the bombings in New York and New Jersey on Saturday and Sunday. 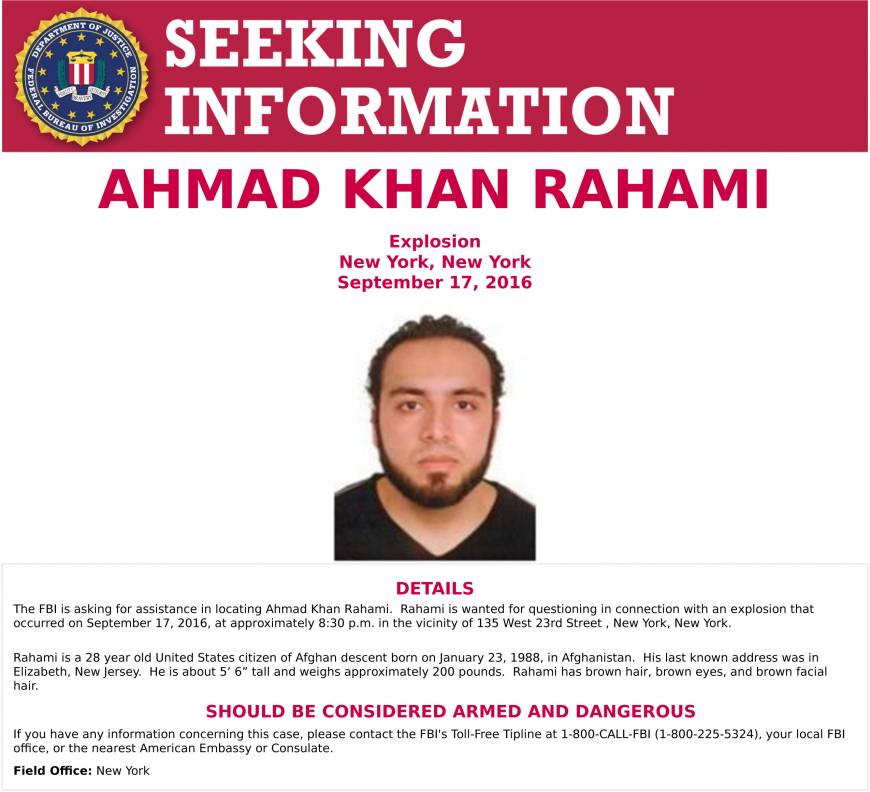 One officer was shot in the vest, another was hit in the hand, and there were no serious injuries reported at the scene. After Saturday’s explosion in Chelsea, New York, 29 people were injured from a home-made bomb.

Ahmad Khan Rahami was wanted earlier in the day according to an ALERT Message that went out earlier this morning to all New Yorkians, using the EBS (Emergency Broadcasting System.)

Two separate U.S. officials told Reuters and CNN that the bombings may be part of a larger jihadi network embedded  in NJ/NY and NBC’s Tom Winter tweeted out.

NBC News: Law enforcement officials say that they are concerned that there MAY be an active terror cell in the NY/NJ area w/ @jonathan4ny

“We discovered the suspect sleeping in a nearby bar and woke him up. Our police officer noticed almost immediately that this was the suspect that was being wanted for the bombings. At that point was he was immediately shot and officers returned fire and this individual proceeded to go westward. He began firing at other vehicles and he did strike another police officer and that officer was injured. He was shooting indiscriminately. I’m not sure what he was hope to go accomplish. There were several rounds fired and again we are just thankful that no one was seriously injured.”

Earlier, police discovered five pipe bombs at the Elizabeth train station in north New Jersey in a backpack. They blew up one and disarmed the others. Officers are still on alert suspecting the possibility of further attacks. An alert went out last Friday before the attacks in Manhattan.

The Times reported that Rahami was identified on CCTV surveillance video planting bombs in Chelsea, just south west of Manhattan.

A law enforcement source told the Times that police had “conclusive evidence” Rahami was also at the bombing that took place early Saturday morning on the Jersey Shore, ahead of a charity race for Marines and sailors.

Authorities were able to identify the suspect with “help of a cell phone left behind with materials for a home made pressure cooker bomb using shrapnel for maximum damage on West 27th Street — four blocks from West 23rd Street blast,” a source told ABC News.

Investigators believe more people are still involved in the New York and New Jersey bombing incidents and are on the loose, and more attacks may be planned in the coming days/weeks.