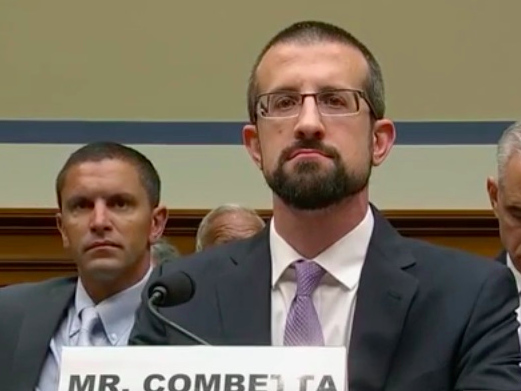 Redditors may have broken a massive story, as they have dug up evidence indicating that Clinton’s IT specialist, Paul Combetta, may have solicited advice from Reddit on how to delete evidence from the candidate’s private email server.

Just two weeks after the New York Times revealed Clinton’s use of a private server, her subpoenaed email archive was wiped using Bleachbit by Combetta.

Combetta, of Platte River Networks, the company in charge of Hillary Clinton’s home server, used stonetear@gmail.com as his public email address in 2014. It also leads to an Etsy account registered to a person with the same name. 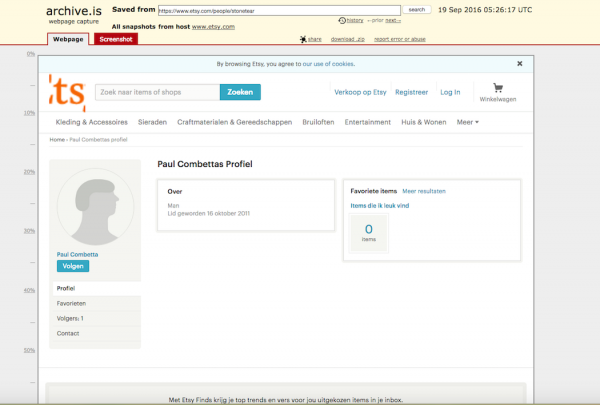 An investigation into Combetta by Reddit sleuths found that a user going by “Stonetear” had been seeking help on how to purge emails for a “VERY VIP” individual, with extremely eyebrow raising timing.

Hello all- I may be facing a very interesting situation where I need to strip out a VIP’s (VERY VIP) email address from a bunch of archived email that I have both in a live Exchange mailbox, as well as a PST file. Basically, they don’t want the VIP’s email address exposed to anyone, and want to be able to either strip out or replace the email address in the to/from fields in all of the emails we want to send out.

I am not sure if something like this is possible with PowerShell, or exporting all of the emails to MSG and doing find/replaces with a batch processing program of some sort. 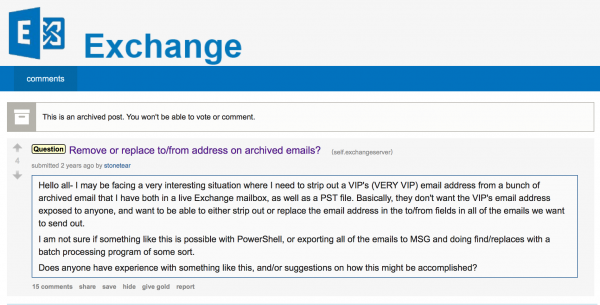 The day before this post appeared on Reddit, the State Department agreed to produce records to the House Select Committee on Benghazi.

On December 10, 2014, Stonetear once again took to Reddit seeking advice on cleaning out emails. The post read:

“Hello- I have a client who wants to push out a 60 day email retention policy for certain users. However, they also want these users to have a ‘Save Folder’ in their Exchange folder list where the users can drop items that they want to hang onto longer than the 60 day window.

All email in any other folder in the mailbox should purge anything older than 60 days (should not apply to calendar or contact items of course). How would I go about this? Some combination of retention and managed folder policy?”

According to the recently released FBI report, Clinton attorney Cheryl Mills had requested during the same month that the policy for email retention be shortened to 60 days.

Last week, Combetta appeared before the House committee investigating Hillary Clinton’s use of a private email server, but invoked his constitutional right and refused to testify. He was previously granted immunity after making a deal with the Justice Department.