Ted Cruz Wants to Give the President Even More Power 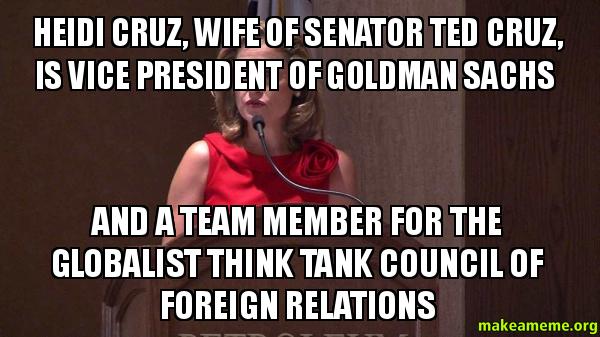 Texas Republican Sen. Ted Cruz doesn’t trust Barack Obama to protect Americans against Ebola, defeat the Islamic State, oversee the IRS, or revamp the health insurance system. He decries the expansion of federal power Obama has brought about. But Cruz wants to give him another power by letting him decide that some Americans will no longer be Americans.

That’s the implication of the senator’s Expatriate Terrorist Act, which would let the government go to court to revoke the citizenship of anyone who joins or aids a foreign terrorist group that targets Americans. Cruz thinks this step is necessary to prevent citizens who leave to fight for the Islamic State from returning to carry out “unspeakable acts of terror here at home.”

It’s not necessary, in strict point of fact. Federal law already makes it a crime to murder Americans and to provide material assistance to terrorist organizations. So anyone who becomes a terrorist for the Islamic State can be arrested and prosecuted and incarcerated for a long time.

John Walker Lindh, who gained infamy as “the American Taliban,” is doing a 20-year sentence for fighting alongside our enemies in Afghanistan. As it happens, he remains a U.S. citizen. More recently, Americans have been arrested while trying to leave the U.S. to fight with al-Qaida.

But letting the federal government deprive Americans of their nationality is something that should give pause to anyone acquainted with the Constitution or history. In the bitter aftermath of World War II, a California native named Iva Toguri D’Aquino, accused of being the notorious “Tokyo Rose,” was convicted of treason for doing propaganda broadcasts for Japan, sentenced to 10 years in prison and stripped of her citizenship.

Her conviction, historian Edwin Reischauer wrote, was the product of a public “under the influence of traditional racial prejudices and far from free of the anti-Japanese hatreds of the recent war.” In 1977, President Gerald Ford acknowledged the injustice by pardoning D’Aquino and restoring her citizenship.

Cruz, who clerked for Chief Justice William Rehnquist and has argued cases before the Supreme Court, is well-acquainted with the Constitution. So he is guilty of deception, not ignorance, when he approvingly quotes Hillary Clinton’s statement that working with foreign terrorist groups can be punished in this way because “United States citizenship is a privilege. It is not a right.”

Actually, it is a right, affirmed in the Fourteenth Amendment, which says, “All persons born or naturalized in the United States, and subject to the jurisdiction thereof, are citizens of the United States and the states in which they reside.” It does not say “unless…” The amendment provides no conditions under which a citizen may be deprived of citizenship.

In 1967, the Supreme Court barred the government from disinheriting one of its own for voting in an election in Israel. “We reject the idea,” wrote Justice Hugo Black, that “Congress has any general power, express or implied, to take away an American citizen’s citizenship without his assent.”

Experts from across the political spectrum reject the legality of what Cruz wants to do. John Bellinger III, legal adviser for the National Security Council and the State Department under President George W. Bush, told me, “It would be very difficult under our Constitution to strip a U.S. national of citizenship; the government would have to show the U.S. national specifically intended to give up his citizenship.”

University of Houston law professor Emily Berman, former counsel to the Brennan Center for Justice at New York University, concurs. “It is unconstitutional to take away an American’s citizenship without her consent—citizenship may be voluntarily relinquished, but not unilaterally stripped by the federal government,” she said.

Powers of this kind are susceptible to abuse. “Material support” for terrorist groups, the Supreme Court has said, can include those who engage in mere speech—even, notes the American Civil Liberties Union, “if their work is intended to promote peaceful, lawful objectives.” Citizens wouldn’t have to fire AK-47s to come under banishment.

As for those who do fire AK-47s, representatives of the U.S. government may kill them in Iraq or arrest them at a port of entry. Cruz’s measure offers no additional deterrent or protection.

Giving additional power to the president is something to be done rarely, reluctantly and only when there is no good alternative. On any day he’s not pushing the Expatriate Terrorist Act, Ted Cruz would tell you that.