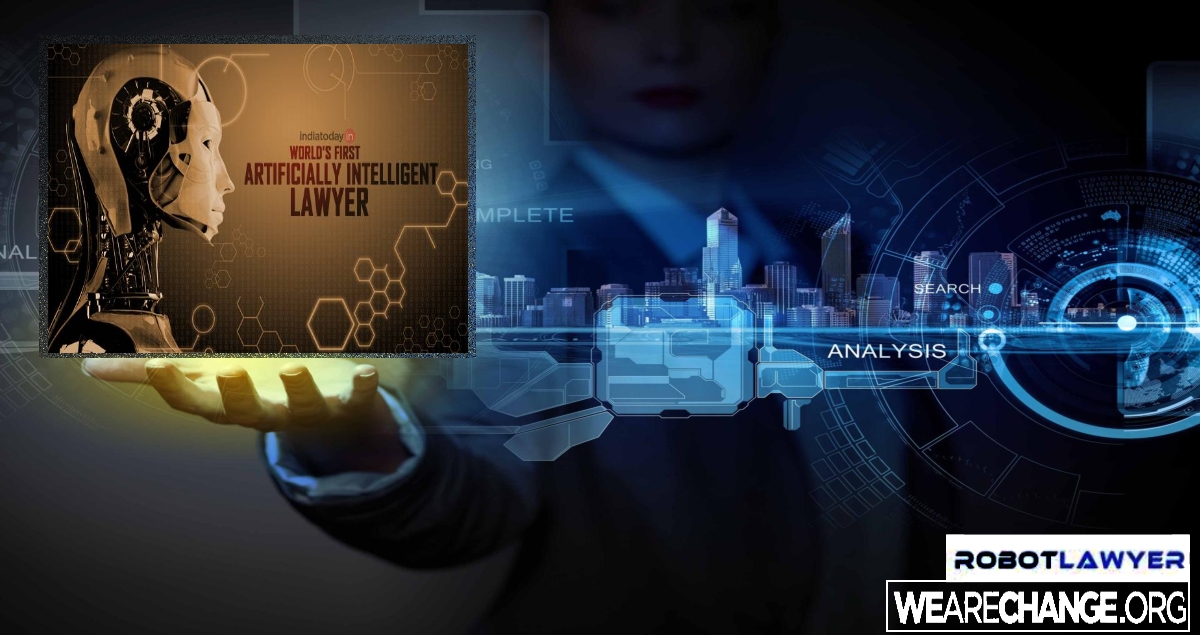 Got a bullshit parking ticket? Now you can appeal it in less than a minute. The new chatbot tool, DoNotPay, uses previously successful appeal letters to draw up a customized template, allowing users to avoid courts, legal fees, stress, and having to use a lawyer.

So far, the free app has overturned 160,000 parking tickets in London and New York. With a success rate of 64%, DoNotPay has appealed $4 million in parking fines in just two cities in only nine months of operation. In 2014, New York City collected $546 million in revenue from parking tickets.

Stanford freshman Joshua Bowder created the app after spending an exorbitant amount of time crafting his own appeals for parking tickets. He read thousands of pages of documents related to parking tickets released under the Freedom of Information Act and consulted a traffic lawyer. Then, using PHP and Javascript, he created a conversation algorithm that aggregates keywords, pronouns, and word order. Like many chatbots, Browder’s app becomes more intelligent each time it is used.

DoNotPay is not commercial and Josh plans to keep it that way. In an interview with Anti-Media, Josh said he was driven by a sense of social justice and a desire to help vulnerable people who are exploited by policing-for-profit schemes. Josh also wants to use technology like artificial intelligence for humanitarian purposes.

He finds it “irritating and disappointing” that bots are usually created for vapid commercial uses. In reality, he says, algorithmic intelligence and chatbots are a “humanitarian goldmine.” 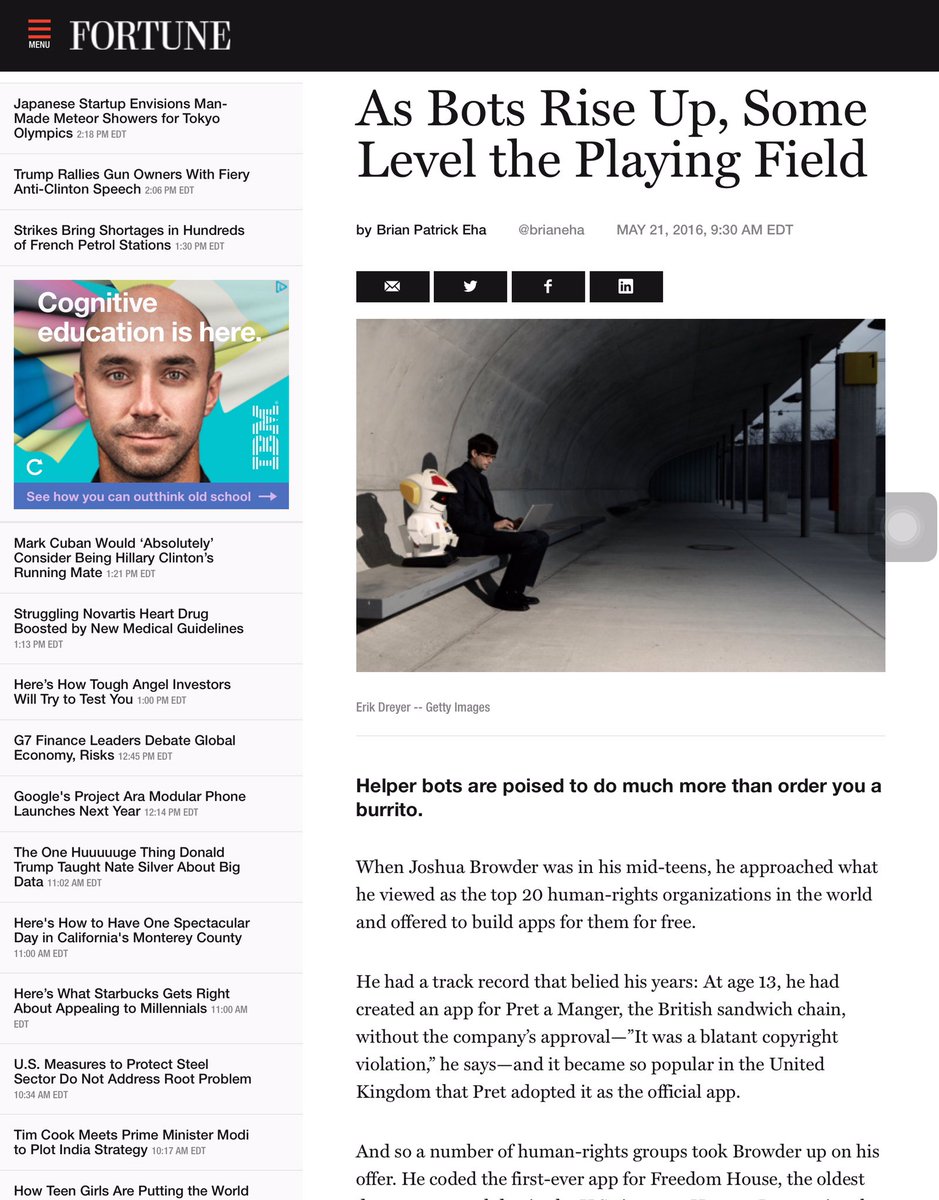 Value in bots is not to order pizzas. Great story about my bot in context of human rights http://www.goo.gl/bdnveY

Josh describes his creation as “the first robot lawyer.” People are describing him as the “Robin Hood of the Internet.”

“If it is one day possible for any citizen to get the same standard of legal representation as a billionaire,” Browder says,“how can that not be a good thing?”

Josh says government agencies have actually been supportive, even using it to test for glitches. He also received support from his friends, one of whom he says has created an app for scanning blood to test for the likelihood of malaria.

Josh wants to continue developing artificial intelligence applications for the public good. He’s spoken with entrepreneurs about how to use apps like this in conjunction with driverless cars.

What’s on the horizon? Josh’s summer project is an app to help Syrian refugees seek legal asylum. The chatbot he is planning would translate Arabic to English and then draw up legal paperwork. 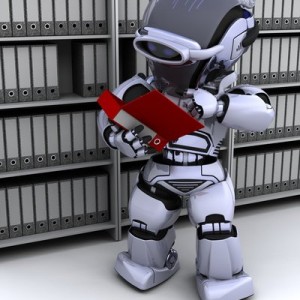 Altman Weil’s ‘Law Firms in Transition Survey suggests a potential retirement crisis, a growing threat from non-traditional competitors and an increased belief in the ability of AI to carry out work currently done by people.

Legal consulting company Altman Weil surveyed managing partners and chairs of 320 US law firms with 50 or more lawyers. The survey found that although in 63 percent of law firms, partners aged 60 or older control at least one quarter of total revenue, only 31 percent of law firms have a formal succession planning process. It’s not clear who, or what, will replace them, as around 60 percent of responding firms said that they expect first-year associate classes to continue shrinking.

Non-traditional competitors are also actively taking business from law firms and the threat they pose is believed to be growing. Sixty-seven percent say they are losing business to corporate law departments that are legal work inhouse, while a further 24 percent see this as a potential threat. 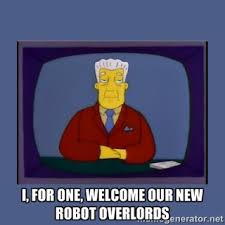 Furthermore, 24 percent responded they are currently losing work to client technology solutions, with another 42 percent viewing this as a potential threat to their firms’ business.

The report also suggested an increasing belief in the ability of technology to perform work currently done by people. Only 20 percent of those surveyed this year insisted computers could never replace human practitioners, while the figure was 46 percent in 2011.

This article (Teen Created a Robot Lawyer App That Just Overturned 160,000 Parking Tickets) is free and open source. You have permission to republish this article under a Creative Commons license with attribution to Jake Anderson andtheAntiMedia.org. Anti-Media Radio airs weeknights at 11pm Eastern/8pm Pacific. Image credit: Charlston’s TheDigitel. If you spot a typo, email edits@theantimedia.org.