The Ten Most Enlightening Hip-Hop Artists of All Time: PART ONE 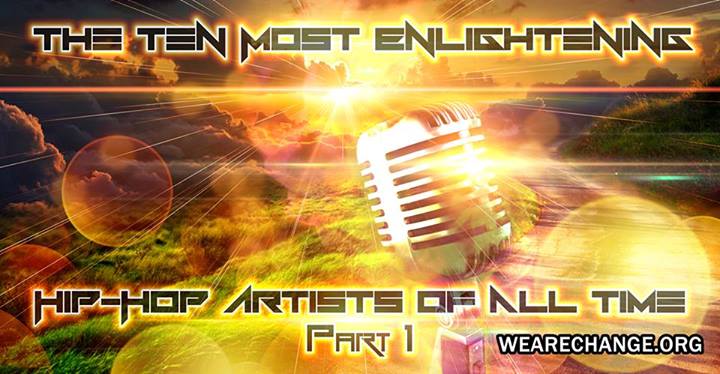 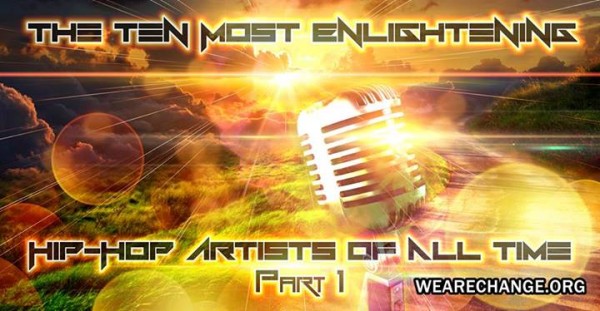 WeAreChange is proud to celebrate the most enlightening hip-hop artists of all time. The following list was shaped in part by you the audience, WeAreChange staff, and the author. All of the artists on the list were chosen for creating songs full of good vibes, tight beats, original flow, and verses full of uplifting wisdom and knowledge.

Today’s movement towards truth, liberty, and alternative media was cultivated in part by seeds planted in hip-hop. While many of today’s MCs provoke the most savage of satire – like the Key & Peele sketch featuring a debauched rapper named Bling Benzy – here are the hip-hop artists whose music most enlightened a generation.

1.  Immortal Technique – Unafraid to take on 9/11 truth or the links between the American government and the cocaine trade, as he did on “Peruvian Cocaine,” Immortal Technique made his name while selling his albums independently. Tech’s ferocious lyrics blazed the path to the truth movement for countless hip-hop fans.

2. 2Pac – On “Changes”, Tupac Shakur said  “Instead of war on poverty/They got a war on drugs so the police can bother me.” While 2pac’s lyrics were all over the map in their focus, many feel he was killed for saying things like “I think this country still is run on gangs, Republicans, Democrats, The Police Department, The FBI, The CIA, those are gangs, you know what I mean.” The song “Revolution” calls out the hypocrisy of the media on violence, and points to U.S. military “If you investigate you’ll find out where it’s comin from/ Look through our history, America’s the violent one.” Revolutionary lyrics aside, Tupac’s soul inspired a generation.

3. KRS-One – Enlightening is the perfect word for the MC who shared the album “Spiritual Minded” with the world. Being “The Conscious Rapper” is just part of KRS-One’s repertoire. Speaking out in public, KRS-One dropped the perfect analogy for President Obama’s role in the machinery of shadow government – he’s only the manager at the Burger King.

4. Lupe Fiasco – From calling Obama a terrorist to rapping about World Trade Center Building 7, Lupe Fiasco is today’s cutting edge for real lyrics in rap. Using one of the most original flows of all-time, Lupe has crafted album after album of uplifting, inspiring hip-hop. In his spare time, he was also one of the few artists to show up to Occupy Wall Street.

5. Mos Def – “Killin fields need blood to graze the cash cow…/69 billion in the last 20 years/Spent on national defense but folks still live in fear.” That’s Mos Def’s “Mathematics.” As half of the superstar duo Black Star, Mos famously shouted out that “they” shot Tupac and Biggie, and that was just the start of the waves made by Mos Def.  The rapper/actor named Yasiin Bey even got waterboarded to show people that the U.S. has been torturing prisoners.

All of the artists on this list made music that woke up the masses and helped inspire people to create a more free world.

If you enjoyed this list or feel like your favorite MC was robbed, stay tuned because PART 2 of The Ten Most Enlightening Hip-Hop Artists of All Time is coming soon.

To support WeAreChange and hear more inspiring hip-hop, check out Miami’s Best Hip-Hop. WeAreChange readers can get the whole album for $5 with the code WRC. 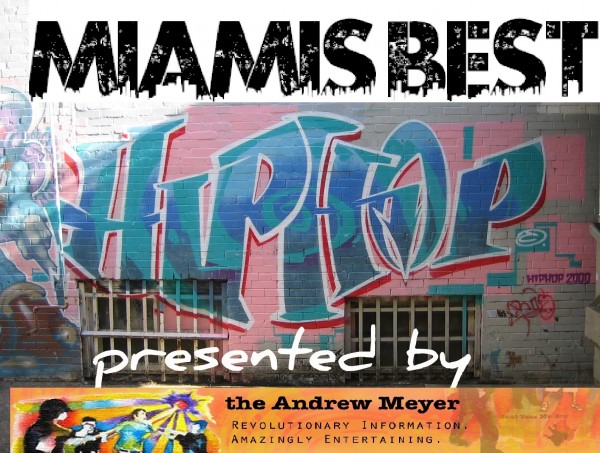