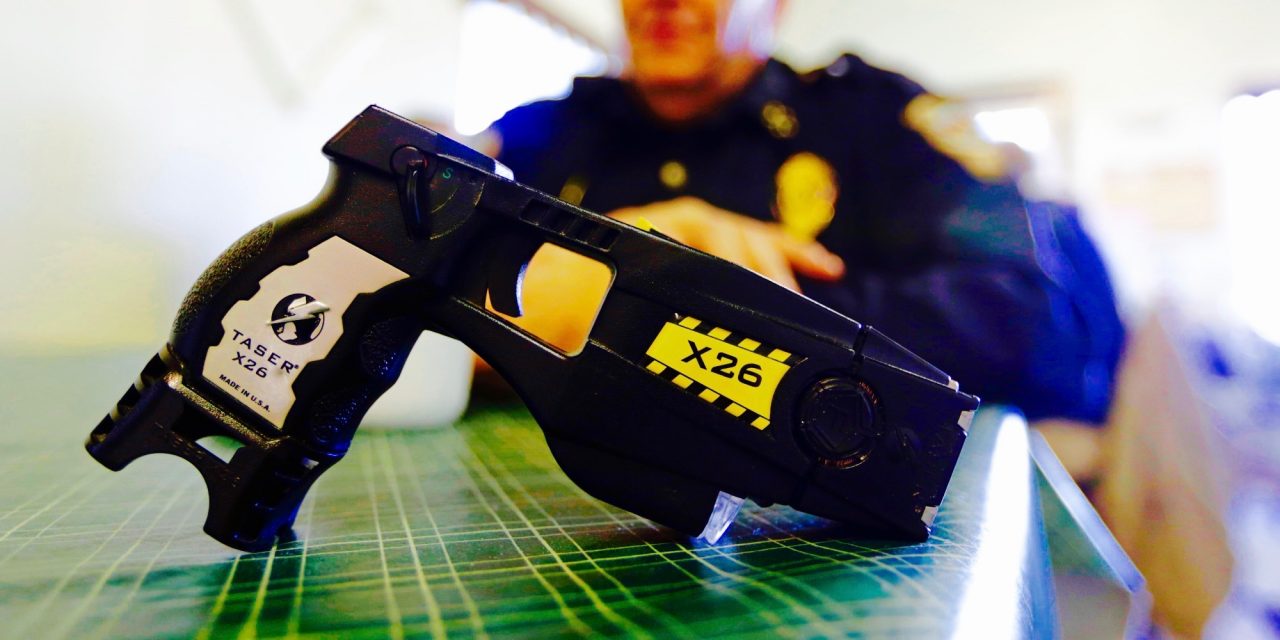 When asked for a list of her last wishes, Alyssa Elkins, a 16-year-old girl with leukemia, said she wanted to “taze someone”. She was granted that wish on Sunday, when she unleashed a stun gun on an Ohio police sergeant.

Elkins made the unusual request after remembering a video which made her laugh, one of her uncle, Josh Barry, a Columbus Metro Post State Highway Patrol trooper, being shot with a taser during his training.

She gripped the weapon and closed her eyes and discharged the prongs 5 feet away from Bline who was being propped up by two fellow officers.

“It is unpleasant, to say the least, but if for five seconds it makes somebody’s kind of dream come true, especially in her situation, I think it was well worth it,” Bline said.

Elkins has decided not to go through with a second round of treatment for her disease after she went through four months of treatment earlier at the Nationwide Children’s Hospital during her first battle with leukemia in 2015.

According to Alyssa’s mother Tiffany Elkins her daughter was told she has anywhere between one month to six months to live a dispatch reported.

But Alyssa still remains optimistic despite her horrible ill-fated condition.

“God loves everybody and he’s for us and not against us. He puts us through trials,” she said. “In the end, I’m not really scared. If he takes me, I know where I’m going,” she said.

Alyssa will also be trying to fulfill her other bucket list wishes which include – a cute tiny puppy, micro mini pig, cedar point, tour a rich person’s house, visit New York, visit Paris, get a tattoo, zip-line, mine diamonds in Arkansas, and design her own wedding ring.

She has already crossed off tazing someone,  her mother helped her fulfill shopping for a wedding dress, and her family plans on taking her on a trip to Disney World.

You can watch the full taser video below:

He looked like he was in a lot of pain.