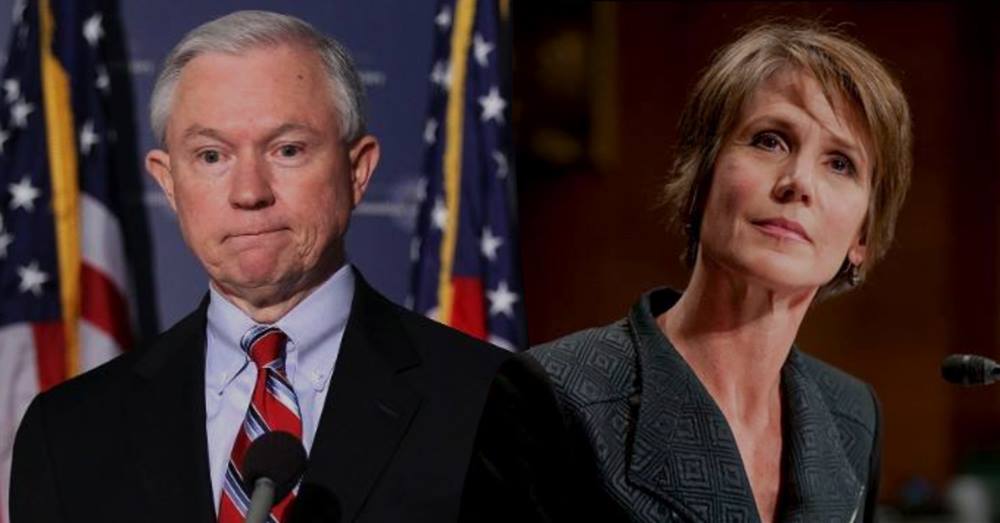 A video from March 2015 has resurfaced  showing President Trump’s Attorney General nominee, Jeff Sessions, encouraging Sally Yates to defy improper Presidential orders—a comment that has come full circle after Yates was fired on Monday for defying one of Trump’s orders.

The irony of this is Sally Yates, during her Deputy Attorney General confirmation in 2015, told Senator Sessions that if she was ever in a situation where her views differed from the president,  she wanted to be able to give a reasonable judgment.

“I want to be able to give a reasoned judgment and if I am in a discussion where people have different views I want to make sure that I’ve got what I need to back up my views,” she said.

Sessions responded with advice to Yates:

“Well you have to watch out because people be asking you do things you just need to say no about. Do you think the attorney general has a responsibility to say no the President if he asks for something that is improper? A lot of people have defended the lynch nomination for example by saying he appoints somebody who’s going to execute his views what’s wrong with that? Both the views the president wants to issue are unlawful should the Attorney General or Deputy Attorney General say no?”

Yates responded, “Senator I believe that the the Attorney General and the Deputy Attorney General have an obligation to follow the law and the constitution and to give their independent legal advice to the President.”

The question stands as to whether Sessions supports Yates’s decision on Trump’s travel ban, which she said was unlawful. If he does, then Trump is in for a surprise when Sessions takes the seat as the new attorney general.