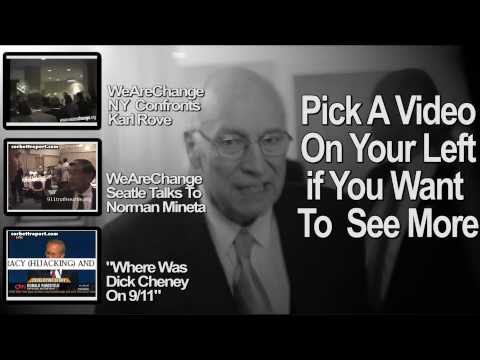 The testimony of Norman Mineta before the 9/11 Commission leaves compelling questions about former Vice President Dick Cheney’s actions on the day of 9/11. Then Transportation Secretary Mineta witnessed Cheney refuse to contradict an apparent standdown order as an aide warned of something incoming at the Pentagon. Cheney has given conflicting reports about what time he entered the PEOC bunker. Mineta later confirmed his suppressed 9/11 Commission testimony and refuted Cheney’s account of arriving later.

During the CPAC conference, WeAreChange.org confronted Cheney about these questions, which he refused to address.

“Hey Mr. Cheney, what did you do in the underground bunker on 9/11? Dick Cheney we know what you did on 9/11 with the standdown order. Norman Mineta testified against you on the 9/11 Commission report. What happened on 9/11?”

When he was being forced out, WeAreChange.org founder Luke Rudkowski calmly asked security not to push him; security backed off after asking him, ‘Are you being polite