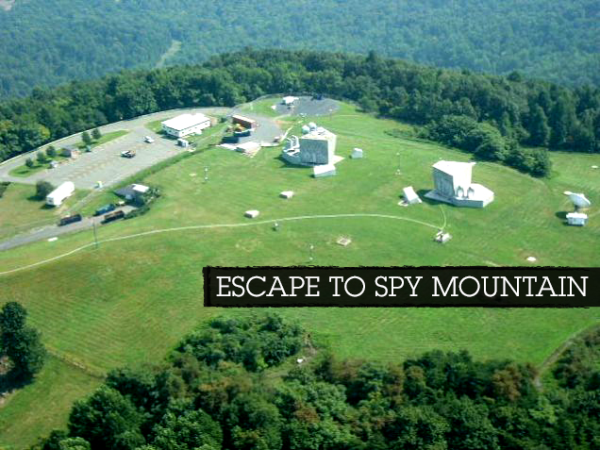 It’s after midnight. From this mountaintop perch, he can still see the radioactive remains of what used to be Washington, D.C., illuminating the horizon as he exits the helicopter. The nuclear glow serves as stark proof that the intelligence community failed to foresee and prevent the worst, but at least someone was smart enough to build this mountain bunker in rural Virginia for him and his fellow spies to regroup and survive. He opens the reinforced steel door and begins his descent.

This isn’t paranoid conspiracy fiction. This exact scenario was played out this week.America’s Preparathon, yesterday’s national pep rally—brought to you by the Department of Homeland Security—tipped me off to this real underground bunker north of Charlottesville, Virginia. The bunker’s purpose is completely secret, though I was easily able to verify that it has been expanded and spiffed up in the years since 9/11 at a cost of tens of millions of dollars. It serves as a compact parable for everything that is wrong with government. 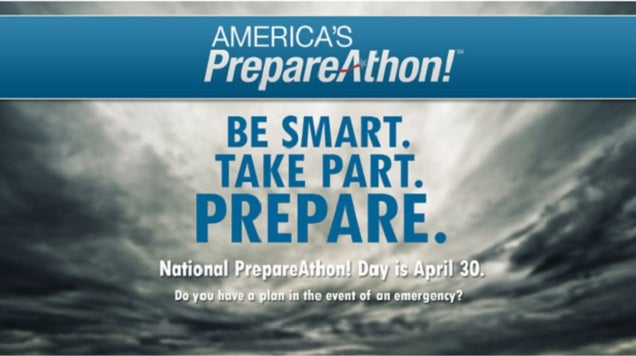 Its called continuity of government, and it’s been refined over the years to anticipate foreign invasion, nuclear war, catastrophic accident, rioting and citizen unrest, an electromagnetic pulse above the capital, a catastrophic failure of critical infrastructure, a malicious hacking of the electrical grid, terrorist attack, hurricanes and earthquakes, an asteroid from space—you name it. The spigot opened after 9/11, gushing tax dollars into this subterranean world of never again, but just in case. If our all-seeing, all-knowing national security establishment fails…well, the White House and the Generals and the Departments large and small all have plans to depart the capital city and recover.

But what about the spies?

And so as it goes in Washington, the self-interested predictors of world events decided after 9/11 that they, too, needed their own continuity operation. That’s right: the very people who will fail to predict the Big One will need somewhere to go and keep writing their reports.

But job descriptions, contracting documents, insider resumes, and furtive discussions with Washington sources reveal that this little-known “activity” is a $100-million-a-year disaster playpen. At its 24/7/365 Response Operations Center (at a classified location), watch officers provide what’s referred to as “situational awareness and crisis support” to the nation’s leaders; and when that fails, they evacuate to their classified alternate facility, which sources say is in Albemarle County in central Virginia.

There is really only one candidate—a mysterious facility atop Peters Mountain, roughly 16 miles east of Charlottesville—and it’s undergone a $61 million plus renovation since 2007.

For decades, there’s been speculation about just what Peters Mountain is, this Cold War artifact on the outskirts of Washington, part of a string of “hardened” communications nodes built to survive nuclear war in the 1950s. It’s a favorite of internet conspiracy types, but no one seems to know what it is, other than the fact that the land it’s on is officially owned by AT&T. And if that’s not clear, there’s an AT&T logo newly installed on the top of the mountain itself, a helicopter pad built for this don’t-pay-attention-to-us blank spot on the map.

“I always heard stories about how it was a Nuclear Missile base, or a super communications hub. But the coolest one was the rumor that on 9/12/2001 Anti-Aircraft Artillery went up the mountain and has not come down. There is a big paved road that goes to the top off of Turkey Sag Rd. [sic] which is a gravel road and tractor trailers are always going up the mountain with covered loads. There are all sorts of Gov’t signs about private property and no trespassing. From Gordonsville at night the top of the mountain is lit up like a Christmas Tree with a lot of blue lights which I thought was weird. and you can see vehicles driving around.”

I went down a rabbit’s hole of research trying to confirm that this indeed is an intelligence community bunker, scouring the records of Albemarle County and pulling the planning, construction and tax records for the land parcel, which is indeed described as belonging to AT&T, though it is listed as “vacant residential land” of no value.

So this vacant residential land of no value, which has seen tens of millions of dollars in construction activity, is obviously something other than its cover. The county itself, in its useful GIS property viewer, shows the “vacant” residential land clearly houses several buildings.

Google and Bing each have satellite views of the mountain top, showing the same structures and the progress of construction since 2007.

The two large structures on top of the mountain, to the left of the helicopter pad, are assumed to be vent stacks and hardened power and communications antennae. Two satellite dishes added after 9/11 are also now apparent, suggesting autonomous and enduring communications.

Nothing in the federal budget or in the county records suggests any government occupation, and nothing refers to NIEMA or the intelligence community. That again comes from sources who have worked for the DNI and its continuity activity. They describe the national Warning, Alert, and Mobilization System (WAMS) which would alert a select group of civilian executives from across the intelligence community to deploy to the bunker. The alert would come from “The Communicator” Automated Notification System and would take two forms: alerts for everyone and alerts for the “core” participants. Because Washington is notorious for traffic congestion, those so-called core participants, those who have to move away from Washington within minutes of notification, would congregate and board helicopters which would take them away.

We sent a Gawker scout out to look at Peters Mountain Road this morning, to see if indeed there were men with guns and U.S. government insignia warning hikers to stay clear.

“Road closed” to him meant road closed, and he declined to drive further. County maps do not show the road as being closed or restricted in any way (bottom left hand corner, parcel 36-11A SCC). I guess that’s the prerogative of those who live in the shadows.

The bunker is built. It’s regularly exercised. It’s ready to go, joining Mount Weather and Raven Rock and the Olney bunkers that dot the west, north, and east of the capital. As the government —and now the intelligence community—button-up to protect themselves during a disaster, the helicopter pilots and drivers and the guards and the rest of the unchosen (even those who work for the same organizations) are supposed to just stay outside, always a scenario I find difficult to imagine. How would this exactly work, this glorious evacuation of a select few? “Honey I’m off to a secret mountain to survive Armageddon, good luck?”

And as for the local officials and people of Charlottesville, huddled in darkness without electricity, staring up at the blue-lit mountain glowing in the night on generator power? Well, they will just have to wait for the report to be written that it’s all clear, or for the one that says it’s all over, in which case Peters Mountain will be a lonely island, prepared for a future of nothingness. And there’s a report on that too, required to be submitted every 12 hours: It’s called the IC Health and Status report—health and status of the intelligence community, that is.