The US Government Lies Constantly, and the Burden of Proof is on the Accuser 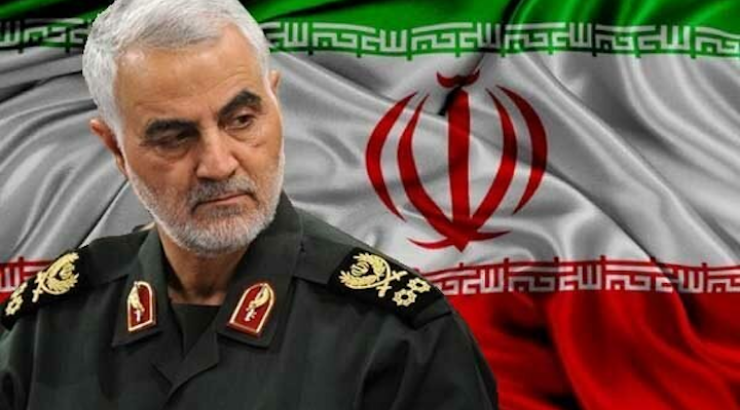 Over the last 48 hours I’ve been splitting my free time between (A) learning as much as I possibly can about the US assassination of top Iranian general Qassem Soleimani and (B) arguing with people online who are uncritically swallowing US government claims about why that assassination was necessary. I always engage such political debates because they’re a valuable source of information on what propaganda narratives people are buying into, and therefore which propaganda narratives need to be addressed.

What has been made abundantly clear from this particular engagement is that those who have bought into the Trump administration’s completely unsubstantiated claims about Soleimani are sincerely unaware that they have unquestioningly bought into unsubstantiated US government narratives. People tend to get their information from tightly insulated echo chambers, and if you inhabit an echo chamber that supports the current president all you’ll get is a bunch of officials, pundits and reporters saying in a confident-sounding tone of voice that Soleimani needed to be taken out. Since they’re surrounded by chatter affirming that Soleimani had attacked America and/or posed an imminent threat in the near future, they assume that chatter must be based on some actual facts in evidence.

This is very telling. I have read every single reply. Not one produced even the slightest shred of indication that he posed an imminent threat to the US.

Seriously, Stalin himself would've been proud of such a display of blind, unflinching acceptance of the deep state narrative. https://t.co/GrzzkKBy63

When I speak out online against Trump’s act of war on Iran and interact one-on-one with those who object to what I’m saying, the disparity between what they think they know and what they actually know gets very quickly highlighted. Simply by my challenging people to prove the claims that they are making about Soleimani planning to attack Americans, attacking a US embassy, directing a strike that allegedly killed a mysteriously unnamed US contractor in Iraq, killing hundreds of US soldiers in Iraq, that he’s a “terrorist”, etc, they quickly realize that they have literally no evidence for their claims beyond the unsubstantiated assertions of US government officials and people who unquestioningly repeated those assertions.

And from there I just ask them, “How well has uncritically swallowing US government narratives about the need for military action worked out for you in the past?”

Nobody wants to admit that they are doing such a thing, least of all a Trump supporter who’s poured plenty of mental energy into distancing this administration from the previous Republican occupant of the White House. But that is indeed exactly what they are doing: uncritically swallowing baseless claims by US government officials about the need to advance a pre-existing military agenda, in a way that is indistinguishable from the cult-like behavior of Bush supporters in the lead-up to the Iraq invasion.

….targeted 52 Iranian sites (representing the 52 American hostages taken by Iran many years ago), some at a very high level & important to Iran & the Iranian culture, and those targets, and Iran itself, WILL BE HIT VERY FAST AND VERY HARD. The USA wants no more threats!

In reality there’s no evidence for any of the reasons we’ve been offered for why Iran needed to be provoked into an almost inevitable retaliation that Trump is currently tweeting will result in all-out war:

We are being lied to, yet again, about yet another war on yet another geostrategically crucial Middle Eastern nation. And a huge percentage of the population is marching right along with it. When Iran retaliates for Soleimani’s assassination, these propagandized sheep will be herded by the political/media class into believing that the attack was completely unprovoked. And if their credulity thus far is any indication, they’ll swallow the whole load without so much as a twinge of gag reflex.

The US government has a very extensively documented history of lying to advance pre-existing military agendas. This is an entirely indisputable fact. It’s been universally true from generation to generation, from administration to administration, and from political party to political party. The Afghanistan Papers came out just a few weeks ago further documenting this already conclusively established fact. Anyone who just accepts US government assertions about the need for military force without a mountain of independently verifiable proof is, to put it nicely, a complete fucking idiot.

The demand for proof would be normal even if the entity in question didn’t have an extensive history of lying about these things, because, as anyone with even a cursory understanding of logic already knows, the burden of proof is always on the party making the claim. When it comes to incalculably important matters like life and death, demanding that the burden of proof be met is just being a sensible human being.

Add in the fact that the US government is known to lie constantly about these matters, and believing its current claims about Soleimani makes as much sense as believing a known compulsive liar who has deceived you many times when he tells you it’s urgent that you go murder your neighbor right this instant.

Debating the current Iran situation, then, is simply a matter of holding the unassailable positions that (A) the US government lies constantly, and (B) the burden of proof is on the party making the claim. In a post-Iraq invasion world, the level of proof required is very, very high, and the Trump administration has taken no steps whatsoever to even providing anything that could qualify as evidence.

People will often try to get around this unassailable argument by contending “Well where is your proof that they’re lying?” This is called shifting the burden of proof, and it is a logical fallacy. 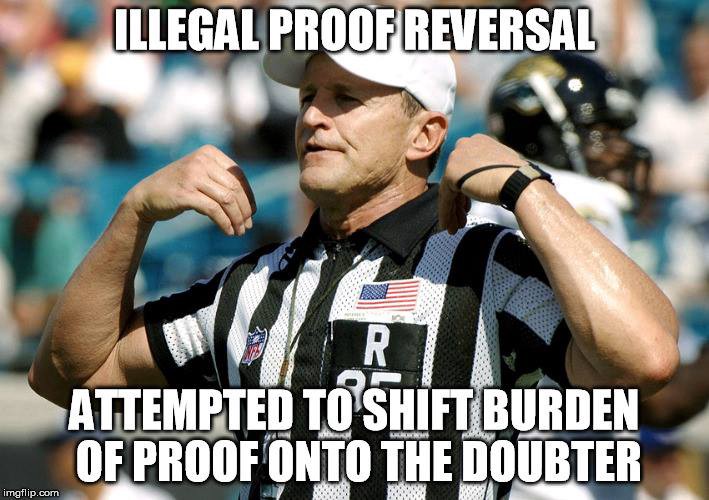 I lay this all out not because I expect the US government to suddenly begin conducting itself rationally or providing proof of its claims that rises to the level required in a post-Iraq invasion world, but because streamlining our thinking in this way helps to avoid confusion in a landscape that is saturated with propaganda and its mindless regurgitators.

The only sane response to US government claims about the need for military force is intense skepticism. If US government officials begin telling us that something happened necessitating military intervention, your default assumption should always, always, always be that they are lying. And you should hold that position until the (highly unlikely and historically unprecedented) event that conclusive, independently verifiable proof of their claims is provided.

No changes were made after the Iraq invasion to keep the US government from ever again deceiving Americans into war. No new laws were made, no policies changed, no war crimes tribunals were held; no one was even fired. This is because they had every intention of doing it again. And now here’s the US government again spouting lies about why it was necessary to initiate war with another Middle Eastern nation. And people are swallowing it hook, line and sinker.

The more skepticism we can encourage toward current deceptions about Iran, the easier it will be to encourage skepticism about the next wave of escalations, which make no mistake are absolutely on their way. Spread the word.