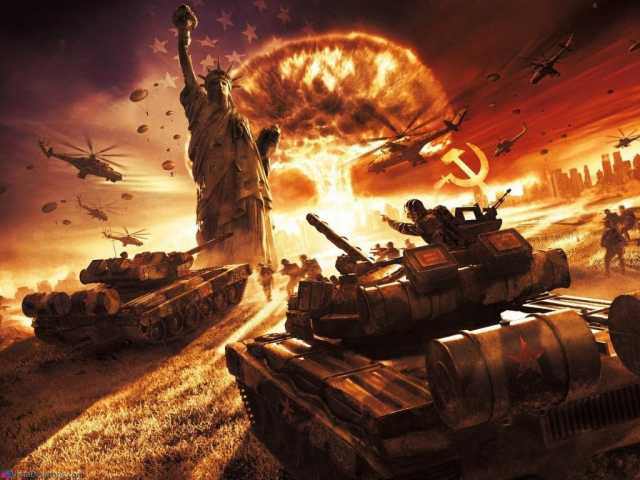 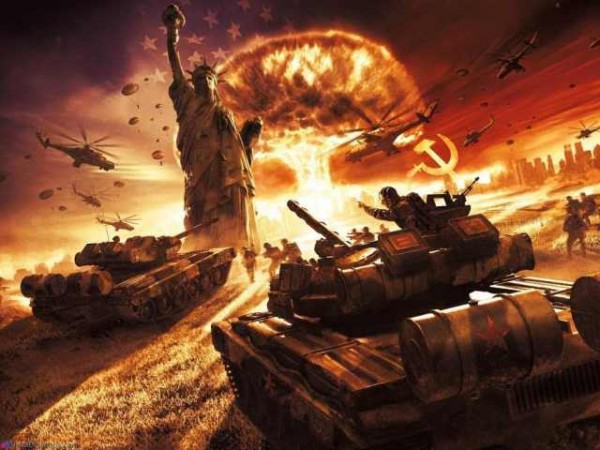 Just weeks after a European-brokered ceasefire greatly reduced the violence in Ukraine, the US House of Representatives today takes a big step toward re-igniting — and expanding — the bloody civil war.

A Resolution, “Calling on the President to provide Ukraine with military assistance to defend its sovereignty and territorial integrity,” stealthily made its way to the House Floor today without having been debated in the relevant House Committees and without even being given a bill number before appearing on the Floor!

Now titled H. Res. 162, the bill demands that President Obama send lethal military equipment to the US-backed government in Kiev and makes it clear that the weapons are to be used to take military action to return Crimea and parts of eastern Ukraine to Kiev’s rule.

Congress wants a war in Ukraine and will not settle for a ceasefire!

The real world effect of this Resolution must be made clear: The US Congress is giving Kiev the green light to begin a war with Russia, with the implicit guarantee of US backing. This is moral hazard on steroids and could well spark World War III.

The Resolution conveniently ignores that the current crisis in Ukraine was ignited by the US-backed coup which overthrew the elected government of Viktor Yanukovych. The secession of Crimea and eastern Ukraine were a reaction to the illegal coup engineered by US officials such as Victoria Nuland and Geoff Pyatt. Congress instead acts as if one morning the Russians woke up and decided to invade Crimea and eastern Ukraine.

There is no mention at all of US backing for the coup — or even that a coup took place!

Indeed, a read of the Resolution shows it is revisionism par excellence:

Whereas the Russian Federation under President Vladimir Putin has engaged in relentless political, economic, and military aggression to subvert the independence and violate the territorial integrity of Ukraine; … Whereas Russian aggression against Ukraine is but the most visible and recent manifestation of a revisionist Kremlin strategy to redraw international borders and impose its will on its neighbors, including NATO allies;