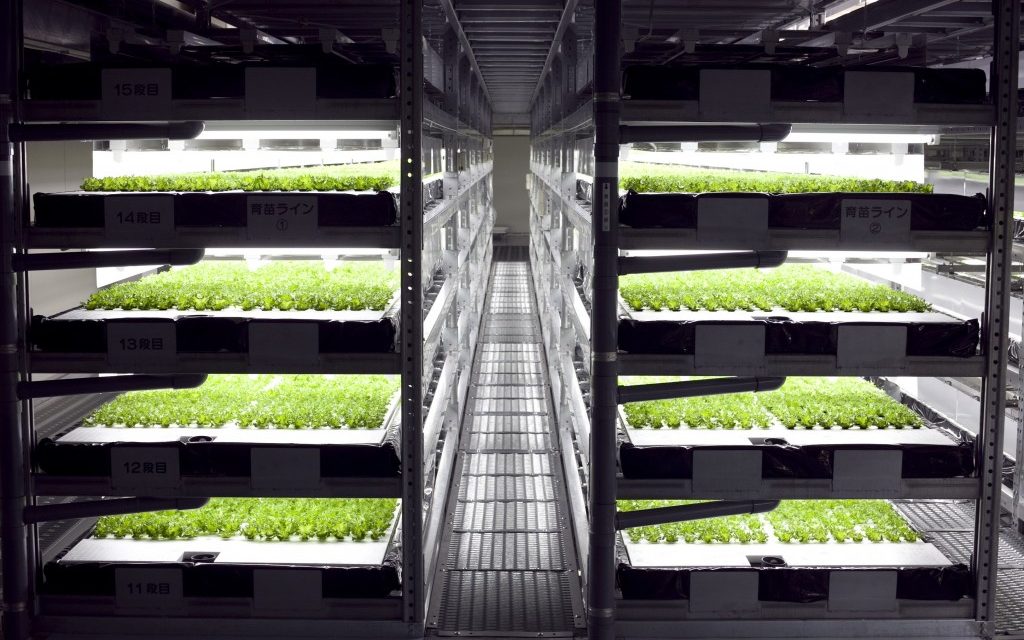 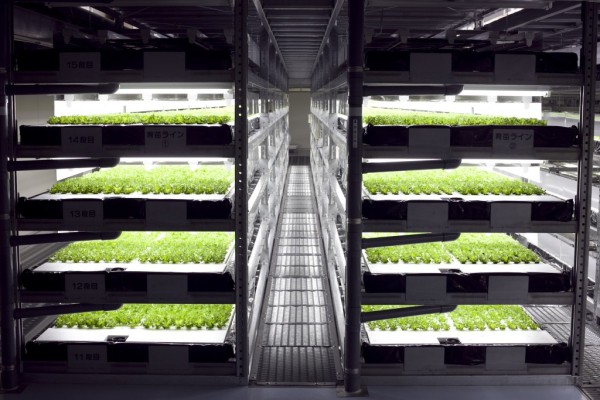 The Japanese lettuce production company Spread believes the farmers of the future will be robots.

So much so that Spread is creating the world’s first farm manned entirely by robots. Instead of relying on human farmers, the indoor Vegetable Factory will employ robots that can harvest 30,000 heads of lettuce every day.

Don’t expect a bunch of humanoid robots to roam the halls, however; the robots look more like conveyor belts with arms. They’ll plant seeds, water plants, and trim lettuce heads after harvest in the Kyoto, Japan farm.

“The use of machines and technology has been improving agriculture in this way throughout human history,” J.J. Price, a spokesperson at Spread, tells Tech Insider. “With the introduction of plant factories and their controlled environment, we are now able to provide the ideal environment for the crops.”

???Spread
A worker at the Kameoka Plant. Not a robot.

The Vegetable Factory follows the growing agricultural trend of vertical farming, where farmers grow crops indoors without natural sunlight. Instead, they rely on LED light and grow crops on racks that stack on top of each other.

In addition to increasing production and reducing waste, indoor vertical farming also eliminates runoff from pesticides and herbicides — chemicals used in traditional outdoor farming that can be harmful to the environment.

The new farm, set to open in 2017, will be an upgrade to Spread’s existing indoor farm, the Kameoka Plant. That farm currently produces about 21,000 heads of lettuce per day with help from a small staff of humans. Spread’s new automation technology will not only produce more lettuce, it will also reduce labor costs by 50%, cut energy use by 30%, and recycle 98% of water needed to grow the crops.

The resulting increase in revenue and resources could cut costs for consumers, Price says.

“Our mission is to help create a sustainable society where future generations will not have to worry about food security and food safety,” Price says. “This means that we will have to make it affordable for everyone and begin to grow staple crops and plant protein to make a real difference.”

Spread is also developing sensors to provide data about how specific type of crops grow. These sensors would alert human workers if a crop is not growing correctly, allowing them to adjust techniques as necessary.

Farm robots will certainly eliminate some human jobs, but they could also create new and more interesting jobs for people. Spread’s human farmers, for example, will be able to concentrate on developing sustainable farming methods and learning how to produce higher quality vegetables.

The Vegetable Factory will open next year, and eventually, Spread hopes to build similar robot farms around the world.