Think Homelessness Can’t be Eradicated? These Communities Did It 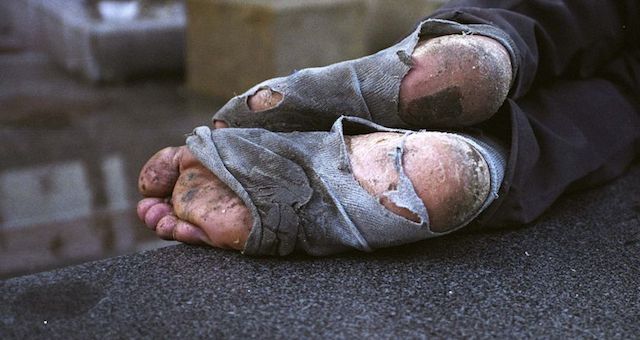 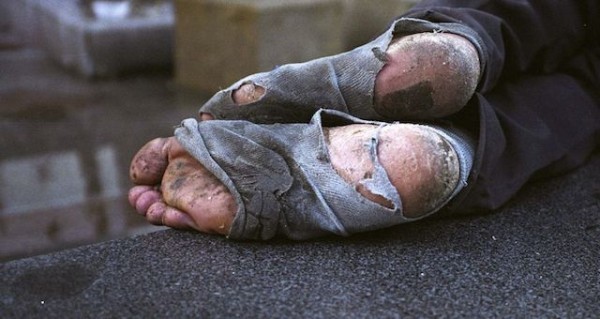 The costs of homelessness is rarely discussed. We mostly hear statistics about the number of children living on the streets, the vast number of hungry individuals fed in soup kitchens, and the dangers that homeless families face during severe weather. As communities, we pull together by donating to food banks and participating in homeless outreach programs, even though government regulations are putting limits on where and how we can help the homeless. (see: 90 Year Old Man Arrested for Feeding the Homeless).

We are naturally inclined to want to help people in need, but most of us don’t understand the economics of caring for the homeless.

The Costs of Homelessness

Often funded by government subsidies, charity organizations and sometimes private patrons, taking care of the homeless carries a significant price tag, once you add up the cost of running emergency shelters and transitional housing, collecting and distributing food and clothing, offering mental health, rehabilitation and employment assistance, etc. What do these costs amount to?

Ted Clugston, Mayor of Medicine Hat – a small town in Canada that has recently reached its goal of eliminating homelessness – estimates that it costs up to $100,000 a year to “support” a person that lives on the street, versus about $20,000 a year that it would cost to house someone. Why is the cost of homelessness so high? In addition to the services listed above, Clungston found that homelessness also carries with it indirect costs such as increased emergency room visits and more interactions with the police.

Click Here to listen to Mayor Ted Clugston explain the costs of homelessness in Medicine Hat.

Although initially skeptical about ending homelessness in Medicine Hat, Clugston decided to keep true to the town’s pledge to put an end to homelessness, which it achieved in 2009. With the help of funding from the providence of Alberta, the town put resources into building new homes. Today, no one spends more than 10 days in an emergency shelter or on the street. Clungston states, “I’ve come around to realize that this makes financial sense. This is the cheapest and the most humane way to treat people.”

Another example of a town where homelessness is no longer an issue is Marinaleda, Spain. Thanks to its olive farming cooperative and eccentric mayor Juan Manuel Sanchez Gordillo, Marinaleda made global news because it has virtually no police, no crime or unemployment. This is quite a feat consider that the rate of unemployment in the providence of Andalusia stands at 37% (and a staggering 55% for younger people). What is Gordillo’s solution to homelessness?

“Anyone who wants to build their own house can do so for free. Materials and qualified workmen are provided by the town hall, and the generous allowance of 192 square meters means the homes are spacious. Families they pay just 15 Euros ($19) per month for the rest of their lives, with the agreement that the house cannot be sold for private gain.” (Source)

Homelessness in the US

Although the US Department of Housing and Urban Development (HUD) shows a slow decline in homelessness, the estimate of the homeless people in the US in 2013 is around 610,000. Other sources estimate this number to be up to 3 million. Similar to Medicine Hat, HUD has set some lofty goals: end chronic homelessness and homelessness among veterans by 2015; and end homelessness for families, youth and children by 2020. How do they plan to accomplish this? Will they follow a similar model as Medicine Hat and build more affordable public housing? HUD states little about their approach in their assessment report…

Impact of Individualism and Income Inequality on Homelessness

The solution to homelessness in a city filled with millions may not be as simple as in Medicine Hat with its 60,000+ residents or Marinaleda with its 2700 residents. This brings up the question if larger urban areas face societal problems that need to be addressed first, if homelessness is to diminish. Perhaps to answer this question, we can look at the most populated city in the world, Tokyo, with over 13 million people. Tokyo hasn’t rid itself of homelessness, but it is relatively low when compared to other cities.

Why the massive discrepancy in rates of homelessness between two of the most populated cities in the world? Tokyo’s government officials state that the city focuses on temporary housing provision, employment training, and ensuring that older homeless people are covered under welfare programs to ensure housing. The culture in Japan also plays a part. The Japanese tend to have a stronger family support system when compared to the US, where individualism and self-independence is prized. Less income inequality in Japan, but a growing problem in the United States, is also believed to be a contributing factor to keep homeless rates low.

Once you’re at the poverty level, it is difficult to escape it. Modernized societies are distinguished by lavishness, convenience, and abundance…but only for individuals who can afford it. As the gap of income inequality continues to widen – the poor become poorer, while the rich get richer – if the prosperous aren’t willing to put the resources into supporting the less fortunate (…such is not the way for a capitalistic society…), homelessness will continue to prevail.