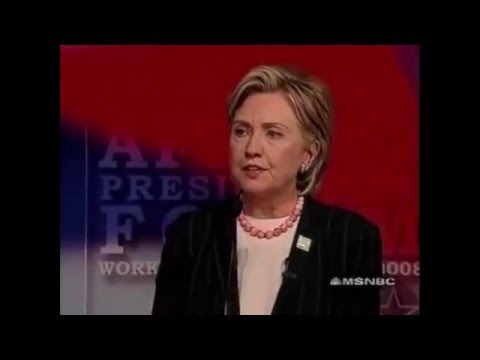 Confirmed to be Hillary Clinton’s Vice Presidential pick,  Senator Tim Kaine is a prominent supporter of the Trans Pacific Partnership (TPP). If passed, the TPP would destroy countless American jobs. 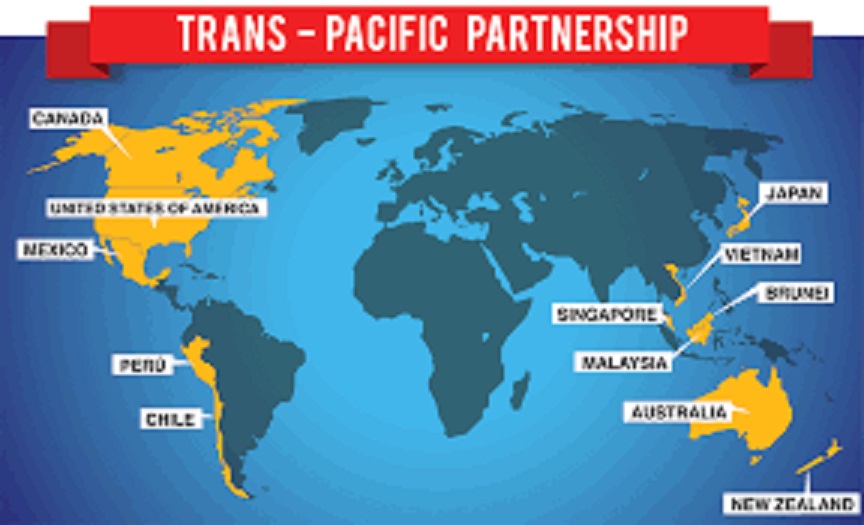 Hillary also lobbied for NAFTA as first lady by holding meetings and helping the White House block opposition from labor and environmental groups. She was a speaker at a crucial meeting on NAFTA to help get the bill passed.

Hillary now says she regrets NAFTA and has flip flopped over the years on NAFTA, being for it and against it many times during her career as a politician. Her opponent Bernie Sanders opposed it from the start.

“I think everybody is in favor of free and fair trade. I think NAFTA is proving its worth”
~Hillary Clinton, said according to a 1996 Associated Press report.

A few years later, she changed her position on the deal during her first run for the White House against Obama. In 2007, she called NAFTA a “mistake” and said it “hurt a lot of American workers.”

Many blame NAFTA for being responsible for loss of manufacturing jobs in industrial States including – Ohio and Pennsylvania.

Now Hillary Clinton is secretly supporting the TPP and her likely choice for Vice President Tim Kaine is a prominent supporter of the deal. Clinton has stumped for the TPP repeatedly in the past few years, before being forced to claim she is against it to combat the candidacy of Bernie Sanders. The State Department blocked the release of Hillary Clinton’s emails on the TPP until after the election. So we won’t know what her stance is on the issue until after November — an absolute absurdity.

This lack of transparency is an insult to Americans intelligence. The American people deserve to be able to see what their candidates positions are, especially on trade deals that will affect average American lives.

Republican Presidential candidate Donald Trump has been adamant on Hillary Clinton’s past support of free trade deals and flip flopping to now be against the TPP. In Cleveland, at the Republican National Convention, Trump said —

Tim Kaine is one of 32 Democratic senators that backed the Trans Pacific Partnership deal.
Although, Tim Kaine has previously said that “he wouldn’t be Hillary’s running mate.”

“I really love my job, I really do I have a great feeling that I’m going to be on that podium with Hillary Clinton when she’s taking the oath of office, but I’m going to be sitting with the other senators.”
~Tim Kaine

It will be very interesting to see who Hillary Clinton chooses. Her other potential choice is Tom Vilsack, the former governor of Iowa who also destroyed emails. So at least she’ll find company in her criminality if she chooses Vilsack.