What does the word freedom represent to you? This is just one of the many introspective questions to contemplate before making the deliberate decision to become part of a new movement which challenges the typical American dream.

Within the Small House Movement exists a category of homes under 500 square feet, commonly identified as part of the Tiny House Movement. Both names are used interchangeably to describe the movement, as they stand for the same fundamental principles.

“It’s not a movement about people claiming to be “tinier than thou” but rather people making their own choices toward simpler and smaller living however they feel best fits their life,” explains the Small House Society. Founded in 2002, the society has embraced the movement with a mission to support the development smaller housing alternatives that are more affordable and ecologically sustainable.

Commonly known as small or tiny houses, these homes can either be purchased or personally constructed. They are all meant to be habitable, with just enough space for a minimal amount of material items needed to suit personal needs.

Although the movement is considered to be a contemporary one, its inspiration is historical. Jay Shafer, entitled as founder of the Tiny House Movement for building himself the ‘first’ tiny house in 1999, accredits the influence of the alternative housing revolution to several authors and as far back to the transcendentalist Henry Thoreau.

Shafer’s underlying principle for living in a tiny house is in many ways reminiscent of Thoreau’s mindset within his book Walden, a reflection on living simply among natural surroundings in a time of industrialization. “I went to the woods because I wished to live deliberately, to front only the essential facts of life, and see if I could not learn what it had to teach, and not, when I came to die, discover that I had not lived,” wrote Thoreau. Shafer exemplifies this by stating, “When you live in a tiny house you only have room for the things that truly matter… You have to choose what’s essential.”

Inherent to joining the Small House Movement is an intentional shift in lifestyle, which has attracted all walks of life. The millionaire movie director Tom Shadyac, who produced the films Liar Liar and Bruce Almighty, made the conscious decision to renounce the American dream by ditching his 17,000 square foot McMansion, boasting 17 bedrooms and 13 bathrooms, to move into a 1,000 square foot mobile home in order to find what he considered to be true happiness.

This social movement is not only limited to people advocating modest living and lowering consumeristic tendencies. Switching to smaller homes is accompanied by a variety of reasons including to reduce environmental impact by becoming self-sufficient or living off the grid, freeing more time to venture into new activities by allocating less time in the upkeep of a home, providing mobility by building tiny homes on wheels or boats, as well as saving money by living in a significantly more cost effective way than in a typical house or apartment.

The Tiny Life lists the top five barriers to the movement as land, loans, laws, social pressures, and fear. Although there are apparent obstacles within the movement, they can generally be circumvented with enough dedication.

What are your thoughts about the Small House Movement? Would you defy the American dream to live in a tiny home? 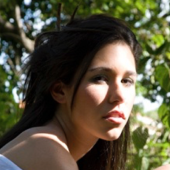