Elephant In The Room: Fukushima 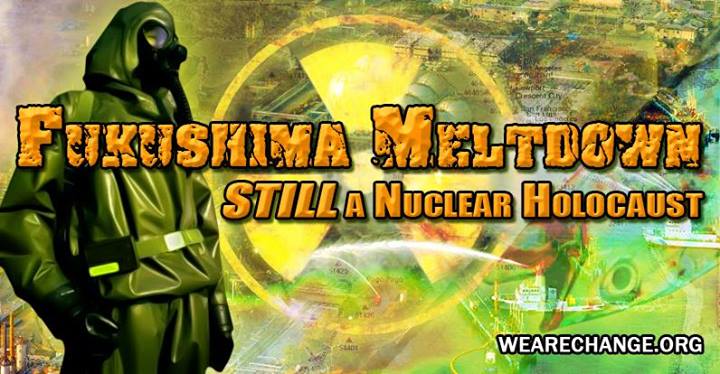 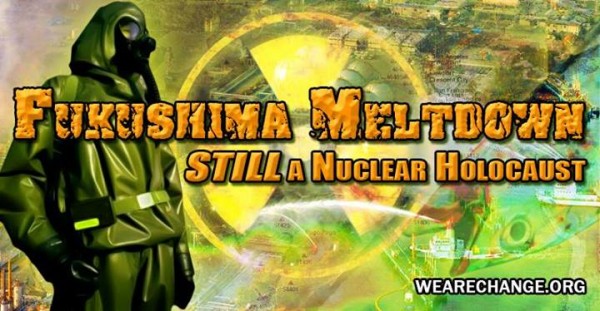 Fukushima Daiichi disaster is a topic that some have attempted to downplay, yet there is more to this topic than many unaware people are conscious of.

After the Fukushima I Nuclear Power Plant suffered critical failures on March 11th 2011, four of the plant’s six nuclear reactors were seriously damaged and the other two had barely functioning cooling processes. On September 19th 2013, Japanese Prime Minister Shinzo Abe ordered Tokyo Electric Power Co. to dismantle all six reactors. The Japanese government officially admitted in August of 2013 that Fukushima is still leaking an estimated 300 tons of irradiated water into the Pacific per day with the reactors being “riddled with meltdown holes” as well. It is also significant that TEPCO reported on December 13th, 2013 that there are new record level radiation in reactor 2 of the facility and it is now suspected of leaking.

Top Chinese scientists published in Science China Earth Sciences journal a study that showed the Fukushima nuclear pollution would become more concentrated as it approached the West Coast of North America. Scientists from the National Oceanic and Atmospheric Administration’s (NOAA) Pacific Marine Environmental Laboratory and 3 scientists from the GEOMAR Research Center for Marine Geosciences also found that radiation levels on the West Coast of North America could end up being 10 times higher than in Japan. In August 2011, 15 bluefin tuna were caught off of the coast California near San Diego and were tested for radiation. Every fish contained small amounts of cesium-137 and cesium-134 which are radioactive compounds. These fish traveled from Japan to the West Coast 3 times in 600 days, they show that radioactive elements could end up in the United States food supply.

The University of Hawaii’s International Pacific Research Center also created a graphic predicting the ejection of debris from Japan in the summer of 2011 that concurs with the NOAA and GEOMAR studies. While Tim Worstall of Forbes said that dumping the radioactive water keeping the reactors cool is safe and would be an effective tactic to deal with the radiation, Robert Alvarez, the senior policy adviser to the Energy Department’s secretary and deputy assistant secretary for national security and the environment from 1993 to 1999, wrote in an article that a previously secret 1955 memo from the U.S. Atomic Energy Commission regarding concerns of the British government concluded that the ocean may not dilute radiation efficiently. There may be “pockets” and “streams” of highly-concentrated radiation.

Noble gases are chemicals that do not react with matter; they simply decay slowly. The concentration of noble gases released over Fukushima was over 1000 decays every second per cubic meter for about seven days. Since March 2011, noble gases have been detected in Vancouver, Canada in unusually high levels that correspond with Fukushima’s accidental output. Three times the rate of release in the Chernobyl incident in Ukraine in 1986

The Japanese people, the ones who are getting the full brunt of the radiation, are possibly being kept in the dark to how Fukushima will affect them in the short and long term. This can be demonstrated by the recently approved “state secrets law” the Japanese parliament signed into order on December 6th of 2013 despite the controversy surrounding the bill. It is meant to prevent whistleblowers from “leaking sensitive or embarrassing information in the public interest, and journalists from trying to obtain it,” with steep prison sentences. The state claims that the Fukushima data and information will not fall under this law, but there is no way to know if this is true. The Japan Federation of Bar Associates has expressed strong concern that the state will use this new law to withhold sensitive information on nuclear safety.

A hot particle was recently found 250 miles away from Fukushima and according to The Examiner. Hot particles are concentrated pieces of radioactive material which result from nuclear fallout. Hot particles were found raining in St. Louis Missouri with background radiation 178 times normal levels.

In medical terms, Japan could see a thyroid problem epidemic on the horizon as Fairewinds Energy Education claims that the country is experiencing a 10 fold increase in thyroid disorders already. JapanToday reports in June of 2013 that there is a rise of thyroid cancer among Fukushima children. A study published in Open Journal of Pediatrics shows how there is a 28% increase in thyroid problems in babies born after Fukushima in the states of Alaska, California, Hawaii, Oregon and Washington.

Over 50 sailors who served on the USS Ronald Reagan are suing Tokyo Electric Power Company (TEPCO) the original owners of the Fukushima Nuclear Power Plant. The USS Ronald Reagan responded to the tsunami that struck Japan in 2011, TEPCO failed to tell the US Navy that there was a nuclear meltdown irradiating the ocean. The USS Essex and Reagan are having illnesses including testicular and thyroid cancers, leukemia and brain tumors.

The cause of Fukushima meltdown in the first place has caused much controversy. Fairewinds’ Chief Engineer Arnie Gundersen states that there was an anomaly when analyzing how Unit 3 (the 3rd reactor) exploded worse than the other reactors. Unit 3’s explosion is compared to what is called a detonation shockwave that travels at about 2000 meters per second or faster than the speed of sound. Tokyo Electric (TEPCO), agrees with Gundersen that it was a detonation shockwave. Unit 1 also exploded but had what is known as a deflagration shockwave which travels a little lower than 100 meters per second. Detonation shockwaves usually do not happen spontaneously; researcher David Icke feels that Fukushima was sabotaged and he explains in detail how he came to this conclusion.

The concerning thing is that this kind of disaster can happen again.

If you are concerned about the background radiation that may be blanketing the Northern Hemisphere, ingesting iodine via Himalayan salts, organic sea-weed, atomic nascent iodine, and other sources will protect you from the radiation. Iodine is an essential mineral, and has been shown to raise IQ levels as well as retain the structure of your glandular system. The FDA recommends iodine for radiation protection, and Arnie Gunderson recommends everyone on the West Coast should be taking iodine to protect themselves from Fukushima. Ordinary table salt generally does not contain iodine as it was phased out of the food supply by about the 1980’s. On a global scale, Dr. Masaru Emoto claims that hemp has the potential to purify the contaminated environment made by radiation.

Whatever your stance is on Fukushima it is still a very important topic; one that I feel hasn’t been properly scrutinized by enough people. It is always important to understand what you are dealing with as well as how to protect you and family, especially against the potential threat of radiation.