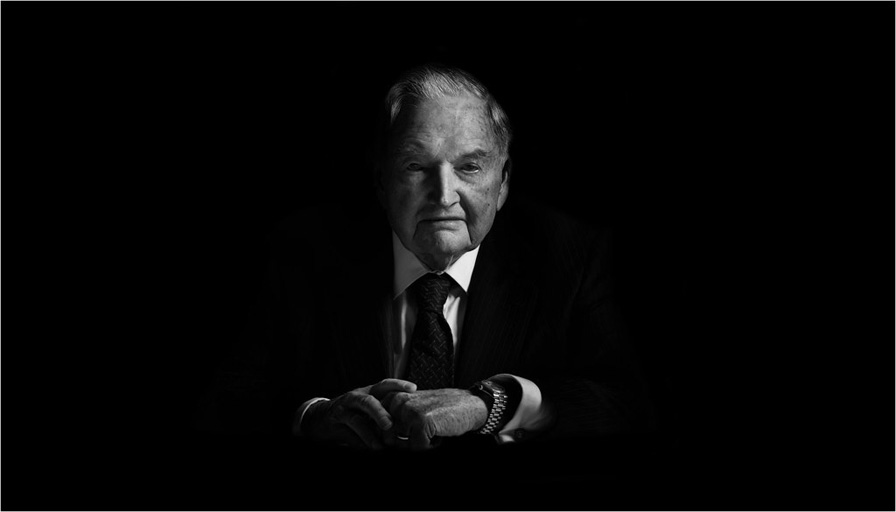 With New World Order kingpin David Rockefeller dead, here’s a look at the top 5 reasons why he was one of the most despised people on Earth and won’t be missed.

David Rockefeller was a huge part of virtually every secret society of ultra rich on the planet. He was not just a member of the Council Of Foreign Relations, the Trilateral Commission, and the Bilderberg Group – he was reportedly the founder. Through these secret societies and others like the occult Bohemian Grove club, Rockefeller conspired to control the media and governanments around the world to establish his goal towards a one world government, even once thanking the media for it’s complicity.

“We are grateful to the Washington Post, the New York Times, Time Magazine and other great publications whose directors have attended our meetings and respected their promises of discretion for almost forty years.” He went on to explain: “It would have been impossible for us to develop our plan for the world if we had been subjected to the lights of publicity during those years. But, the world is more sophisticated and prepared to march towards a world government. The supranational sovereignty of an intellectual elite and world bankers is surely preferable to the national auto-determination practiced in past centuries,” David Rockefeller, said speaking at the June, 1991 Bilderberger meeting in Baden, Germany.

Rockefeller is no stranger to the agenda of population control. In a speech in September 14, 1994, during the Annual Ambassadors’ Dinner he discussed how the U.N. should sustain the world’s population, noting that improved public health has caused global life expectancy to rise from 46 years in the 1960s, to 60 years at the time. ‘Stabilizing the population’ – as Rockefeller called it – actually meant sterilization, vaccinations, encouraging abortions, using food as a weapon, and viewing disease and war as a means of “correction” to stop population growth.

3. Rockefeller Foundation was behind unethical experiments on the population

Following up from Rockefeller’s own speech, we have the fact that the Rockefeller Institute was allegedly behind unethical experiments on the population. A few include infecting Guatemalans with STDs, sponsoring a plot by Dr. Cornelius P. Rhoads to infect Puerto Ricans with cancer, an allegation which Rhoads strongly denied and dismissed as a joke.

David Rockefeller joined the Rockefeller Institute board of trustees in 1940, was its chairman from 1950 to 1975, chaired the board’s executive committee from 1975 to 1995, and became honorary chairman and life trustee.

Through his influence in various secret societies, Rockefeller established himself as one of the globalists’s main front men. Rockefeller and his affiliates had also admittedly been working against USA interests and setting up a one world political and economic structure (New World Order). In his book “Memoirs,” Rockefeller admitted to being part of a “secret cabal” of people doing just this:

“Some even believe we (the Rockefeller family) are part of a secret cabal working against the best interests of the United States, characterizing my family and me as ‘internationalists’ and of conspiring with others around the world to build a more integrated global political and economic structure—one world, if you will. If that’s the charge, I stand guilty, and I am proud of it.”

The Rockefeller Foundation and the Bill and Melinda Gates Foundation have specifically been working together in tandem to create means for depopulation through the use of vaccines. Check out the video below of Bill Gates talking about how this could be done. Gates and Rockefeller are both confirmed Bilderberg attendees, and could have been collaborating together knowingly.

Additionally, the CIA and Rockefeller family also have a history working together, specifically in regards to the handling of classified information.

The CIA had used the Rockefeller’s barn as a vault to store 327 TOP SECRET and SCI documents covering a variety of topics and even suggested giving Mrs. Rockefeller a top level security clearance. The documents were later moved to the Ford Presidential Library.

A major study from the Global Policy Forum linked the Rockefeller Foundation as using their money and power to control health and agricultural policies around the globe. Calling them “driving forces behind global multi-stakeholder parnerships” the Global Policy forum says that the “mushrooming of global partnerships and vertical funds… has led to isolated and often poorly coordinated solutions” which they claim have “contributed to the institutional weakening of the United Nations… [and] undermined the implementation of integrated development strategies at national level.”

In short, we know that Rockefeller’s influence at least in the realms of health and agricultural stretched across the globe. Then there is also the issue of the international banking system whose influence spans throughout the world. The Rockefeller family has been labeled as one of the driving actors in this field as well.

After a 1973 trip to China, David Rockefeller praised communist dictator Mao Tse-tung – who had slaughtered over 40 million people. Who knows how many people died at the hands of people financed by David Rockefeller?