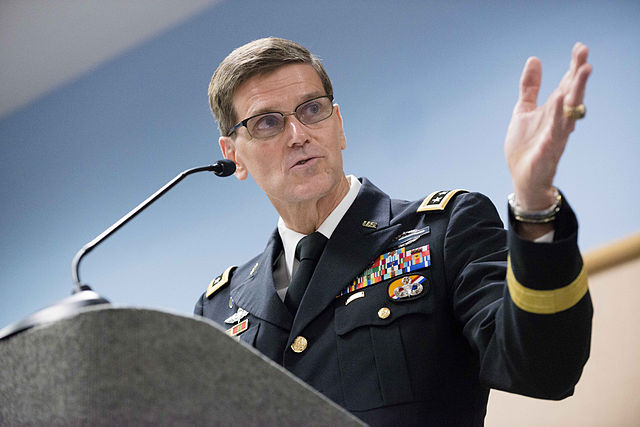 Central Command leader Gen. Joseph Votel today called for the US to use “military means” against Iran as an effort to disrupt their “activities,” saying it was vital that the US “expose and hold them accountable for the things that they are doing.”

Votel did not specify exactly to what extent he intended the military means to be used directly against Iran, or in what context. He did however complain of Iran committing “destabilizing activities” in the Middle East.

This in all likelihood is another effort to push deeper US involvement in Yemen, as the Pentagon has been trying to parrot the Saudi narrative of the Shi’ite Houthis in Yemen being an Iranian proxy force. Given the humanitarian disaster the Saudi war has been, they appear to believe they can sell US involvement more easily as an anti-Iran operation, even if Iran is not particularly involved.

Defense Secretary James Mattis also reiterated that Iran is a state sponsor of terror, though of course this designation is less about practical actions than about official US policy, as the US considers Iran, Sudan, and Syria to be the only “state sponsors of terror.”