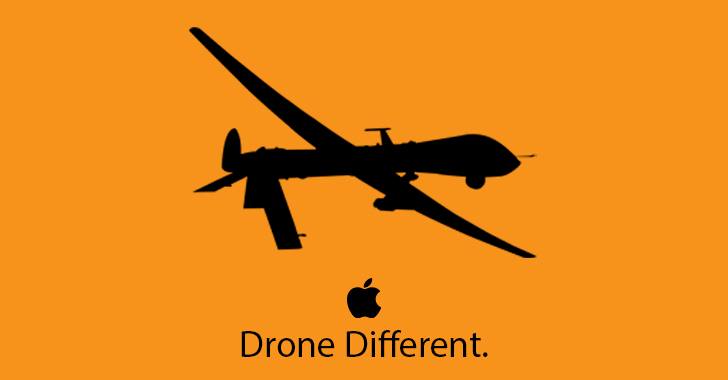 “At its core was a question: do we want to be as connected to our foreign policy as we are to our smartphones? My hypothesis was no. Americans don’t care about the drone war because it is largely hidden from view.”

Article via The Anti-Media by James Holbrooks

That’s how Josh Begley, writing for The Intercept on Tuesday, described the concept behind an app he created five years ago. The app, he says, was a simple one. It merely sent users an alert every time a U.S. drone strike was reported in the news.

Apple rejected the app three times on the grounds that it was “excessively objectionable or crude content,” but Begley didn’t give up on the project.

“Over the years, I would occasionally resubmit the app, changing its name from Drones+ to Metadata+,” he wrote. “I was curious to see if Apple might change its mind. The app didn’t include graphic images or video of any kind — it simply aggregated news about covert war.”

He went on to tell how, after five rejections, Apple finally accepted the app in 2014. It remained in the App Store for a year and was downloaded by over 50,000 people. But then, the following September, Apple removed the app, once again citing “excessively objectionable or crude content.”

Begley persisted. The reason he was writing the post this week, in fact, was because that day — March 28, 2017 — Apple had once again accepted the app. He wasn’t writing to talk about his ordeal with Apple, though. He was writing about the issue that motivated him to create the app in the first place:

“As an artist who works with data, I think the story of this app is about more than a petty conflict with Apple. It is about what can be seen — or obscured — about the geography of our covert wars.”

He pointed out that over the past 15 years, people have worked tirelessly to document what’s happening on the ground where these drone campaigns are being waged. And that work is certainly praiseworthy. But Begley went further, pointing out what he calls the “difficult truth” of drone warfare — that at the end of the day, we don’t really know who these missiles are killing.

Again, rather than focusing on his spat with Apple, Begley stayed with the issue that inspired him and talked about the end product of that inspiration:

“Because the particulars of drone wars are scant, we only have ‘metadata’ about most of these strikes—perhaps a date, the name of a province, maybe a body count. Absent documentary evidence or first-person testimony, there isn’t much narrative to speak of.

“The name ‘Metadata’ has a double meaning: the app both contains metadata about English-language news reports, and it refers to the basis on which most drone strikes are carried out.”

The only time Begley questioned Apple’s earlier decisions to refuse his app was in his summation.

“Smartphones have connected us more intimately to all sorts of data,” he wrote. “Yet information about drone strikes — in Apple’s universe — had somehow been deemed beyond the pale.”

He used the past tense, of course, because Apple had, that very day, re-accepted Metadata. But as it turned out, the party was short-lived. Hours after Begley’s post ran at The Intercept, Apple pulled his app once more.

Highlighting the suddenness of Apple’s move, here’s how Reason opened its coverage of the news on Tuesday:

“This was supposed to be a post about how anybody who wants to easily keep track of U.S. drone strikes overseas can do so through an app on their iPhone. But never mind. They can’t anymore.”

Josh Begley chose not to go after Apple in his article when he easily could have. He took the high road and stuck to the far greater issues — the nature of drone warfare itself and how we, as a society, are responding to it in an age of instant communication.

This writer will follow Begley’s lead and not speculate on the myriad possibilities of why Apple seems afraid of his app. That’s the far less important aspect of what’s happening here. It all goes back to the core of the Metadata project and the question that drove Begley to get started: Given the option, would we really want to be as connected to U.S. foreign policy as we are to our smartphones?

Or, in other words, would we really want constant updates on all the killing?