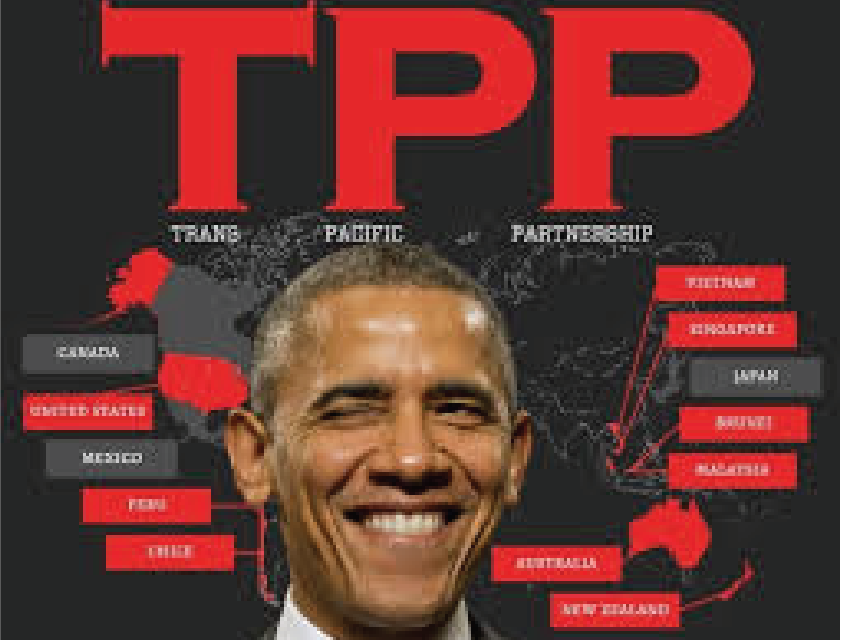 The failed North American Free Trade Agreement that went effect on Jan. 1, 1994, is now ready to be re-negotiated under President Donald Trump… but is that a good or bad thing? 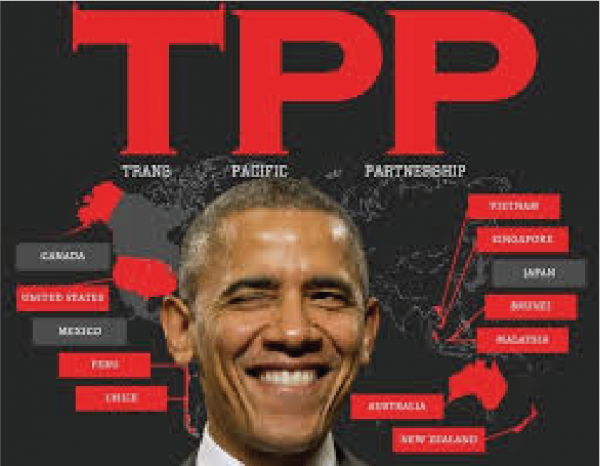 Obama once wrote in support of TPP, the differences between TPP and NAFTA in an OpED for the Huffington post. So here’s how TPP differs from NAFTA, in Obama’s opinion, although he left out the corporations’ agenda within the now TPP agreement.

“So here’s how TPP differs from NAFTA.

NAFTA failed to require a minimum wage, ban workplace discrimination, protect the right to form a union and bargain collectively, or prohibit child and forced labor. TPP includes every single one of these standards, along with enforceable trade sanctions for any country that violates them.

NAFTA failed to combat illegal wildlife trafficking, protect against overfishing, or combat illegal logging. TPP includes all of these protections, once again coupled with tough sanctions for violators.

NAFTA failed to protect a free and open Internet, protect consumers from fraud and deception, or simplify export rules for small businesses. Yes, TPP does all of this, including the first-ever requirements for digital and small businesses to ensure that our trade rules reflect what the 21st century economy demands.”

That’s not entirely true, here’s where TPP falls apart: TPP pertains to investment, not trade. Because of this, investment provisions make it more attractive for American businesses to move jobs and production offshore essentially enabling employers to out source jobs over-seas more then they already are. Further killing the American economy and hurting the average American worker.

Then there are the TPP’s provisions to intellectual copyrights that would allow the corporations to sue governments if a law threatens to hurt their profits. This includes Clean Water Safeguards, Green Energy Policies, Wall Street Reforms, and more according to Public Citizen.

The negotiations for TPP took seven years, and were carried out entirely in secret. But enough about the TPP—it’s a dead dream thanks to the efforts of activists world wide with massive protest and Wikileaks who leaked the final drafted copy.

Mexico and Canada have said they “want to re-negotiate the NAFTA agreement,” which in itself was another flawed agreement that may have been responsible for the 2008 economic collapse combined with the Repeal of the Glass-Steagall Act, which separated commercial and investment banking.

In 2011, the Economic Policy Institute said that NAFTA was responsible for the loss of nearly 700,000 jobs because of the agreement that was made and the resulting trade deficit that ensued.

President-Elect Trump has constantly said that one of his policies would be “re-negotiating the failed trade agreement to get a better deal.” But is a better deal possible for Americans? After all, when corporations and lobbyists are in charge of writing the laws, and not American citizens, it’s the average worker that suffers.

It is on record that Trump’s former campaign finance chairman Steve Mnuchin used to be a Goldman Sach’s partner and George Soros Fund manager. It was reported before Trump won the election that he would be appointing Steve Mnuchin as his Secretary Of Treasury. As of this writing, it is not yet known if Steve Mnuchin still has connections to Soros.

Time will tell what that means for us. If this man wants to make things right or if things will get worse.

In these situations, when the elite push for policies that harm us all, it is our responsibility to hold them accountable and fight back with protest. As Bob Marley said, “get up stand up stand up for your rights don’t give up the fight.”

With what seems almost the whole of the alternative media backing Trump, it is important to always stay vigilant and take a step back and watch from afar. I don’t back any single individual and neither should you. Trump is no more powerful than you or I are. If only the people realized how powerful they all are, all they have to do is stand up.