Trevor Noah Asks Hillary: “How Did You Kill Jeffrey Epstein?” 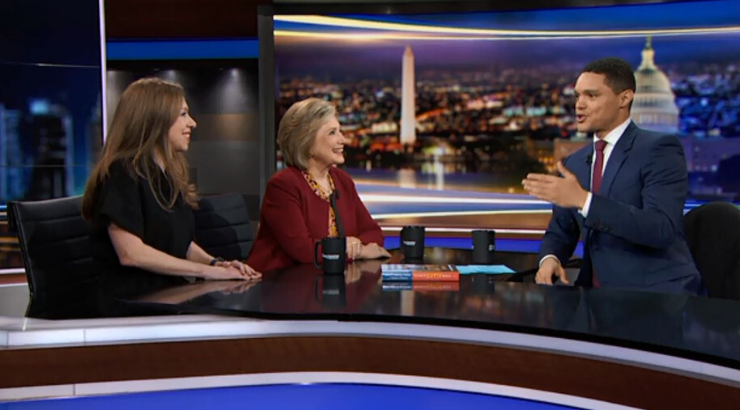 In what was oh-so-transparently aimed a debunking a so-called “right-wing-conspiracy,” Daily Show host Trevor Noah jokingly asked, during an interview with Hillary and Chelsea Clinton on Thursday, “How did you kill Jeffery Epstein?”

“I have to ask you a question that has been plaguing me for a while: How did you kill Jeffrey Epstein?“ asked Noah to laughter from the New York studio audience.

“Because you’re not in power, but you have all the power. I really need to understand how you do what you do, because you seem to be behind everything nefarious, and yet you do not use it to become president.”

“Honestly, what does it feel like being the boogeyman to the right?” the host asked.

Clinton responded by saying it was a “constant surprise.”

“Well, it’s a constant surprise to me,” she said. “Because the things they say, and now, of course, it’s on steroids with being online, are so ridiculous, beyond any imagination that I could have. And yet they are so persistent in putting forth these crazy ideas and theories. Honestly, I don’t know what I ever did to get them so upset.”

Of course, it would not be Hillary Clinton if she did not take a jab at President Trump proclaiming that,

So is she running or not?