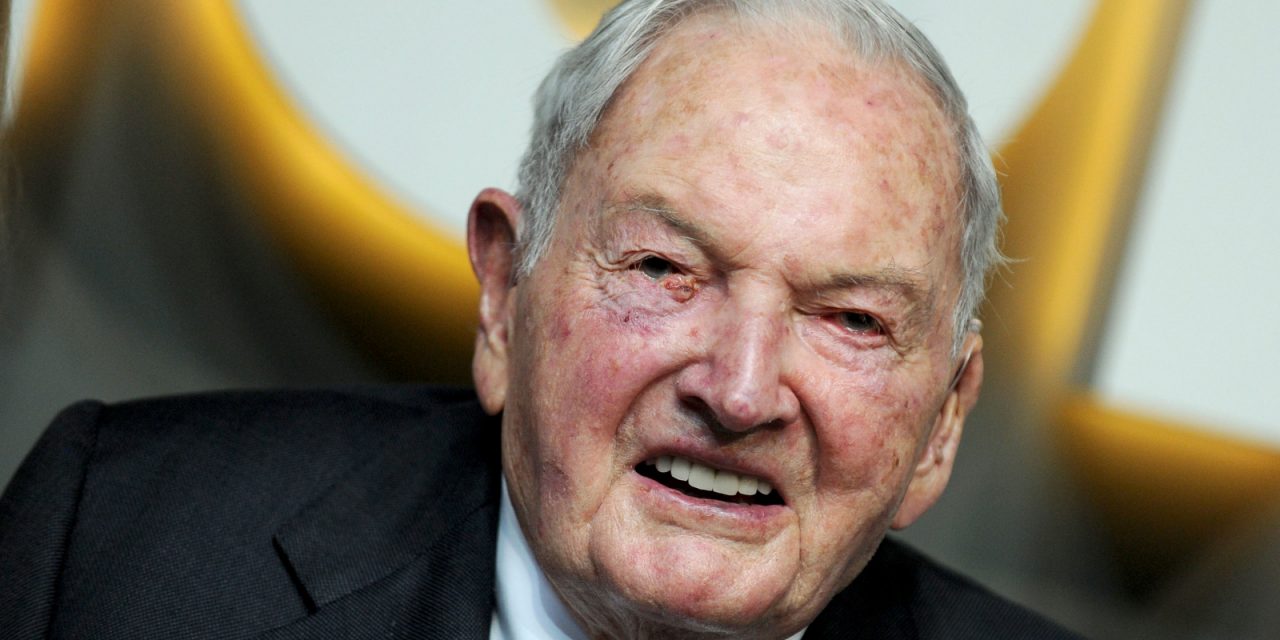 While often remembered for his philanthropy, the last surviving grandson of America’s first billionaire died today, leaving behind a dark legacy indicative of how American nobility often shape policy from behind the scenes.

No one person encapsulates the enduring legacy of the “robber barons” of the Industrial Age quite like David Rockefeller. Rockefeller, who died yesterday at the age of 101, was the last surviving grandson of John D. Rockefeller, the oil tycoon who became America’s first billionaire and the patriarch of what would become one of the most powerful and wealthiest families in American history. David Rockefeller, an undeniable product of American nobility, lived his entire life in the echelons of U.S. society, becoming symbolic of the elite who often direct public policy to a much greater extent than many realize, albeit often from the shadows.

Rockefeller made it clear that he preferred to operate out of public view despite his great influence in American – and international – politics. Due to his birthright, Rockefeller served as an advisor to every president since Eisenhower, but when offered powerful positions such as Federal Reserve chairman and Secretary of the Treasury – he declined, preferring “a private role.”

As evidenced by the numerous obituaries bemoaning the loss of the last of the Rockefeller’s grandsons, he was largely successful in hiding his most significant wrongdoings from public view, as evidenced by his characterization as a generous philanthropist and influential banker.

But as is often the case, Rockefeller’s true legacy is much more mired in controversy than major publications seem willing to admit. In addition to having the ear of every U.S. president for the better part of the last 70 or so years, Rockefeller – once again operating “behind the scenes” – was instrumental in shaping the more cringe-worthy aspects of U.S. policy during that time, as well as being a major force in establishing banking policies that led to debt crises in the developing world.

Rockefeller – as the head of Chase Manhattan Bank from 1969 to 1981 – worked with government and multinational corporations throughout the world to create a “global order” unequivocally dominated by the 1 percent, of which his family was a part. As the New York Times noted back in the 1970s, Rockefeller became embroiled in controversy when his constant trips overseas caused the bank to become less profitable, as he prioritized the bank’s influence on foreign politics over its actual business dealings.

During his time as Chase CEO, Rockefeller helped laid the foundation for repressive, racist and fascist regimes around the world, as well as architecture for global inequality. In addition, Rockefeller helped to bring the debt crisis of the 1980s into existence, in part by direct action through Chase Bank and also indirectly through his former employee-turned-Federal Reserve chairman Paul Volcker. Two years before the debt crisis erupted, Rockefeller, Volcker and other top bankers met at the International Monetary Conference in 1980s to argue for the establishment of a “safety net” for major banks – like Chase – that were embroiled in bad loans given largely to countries in the developing world. 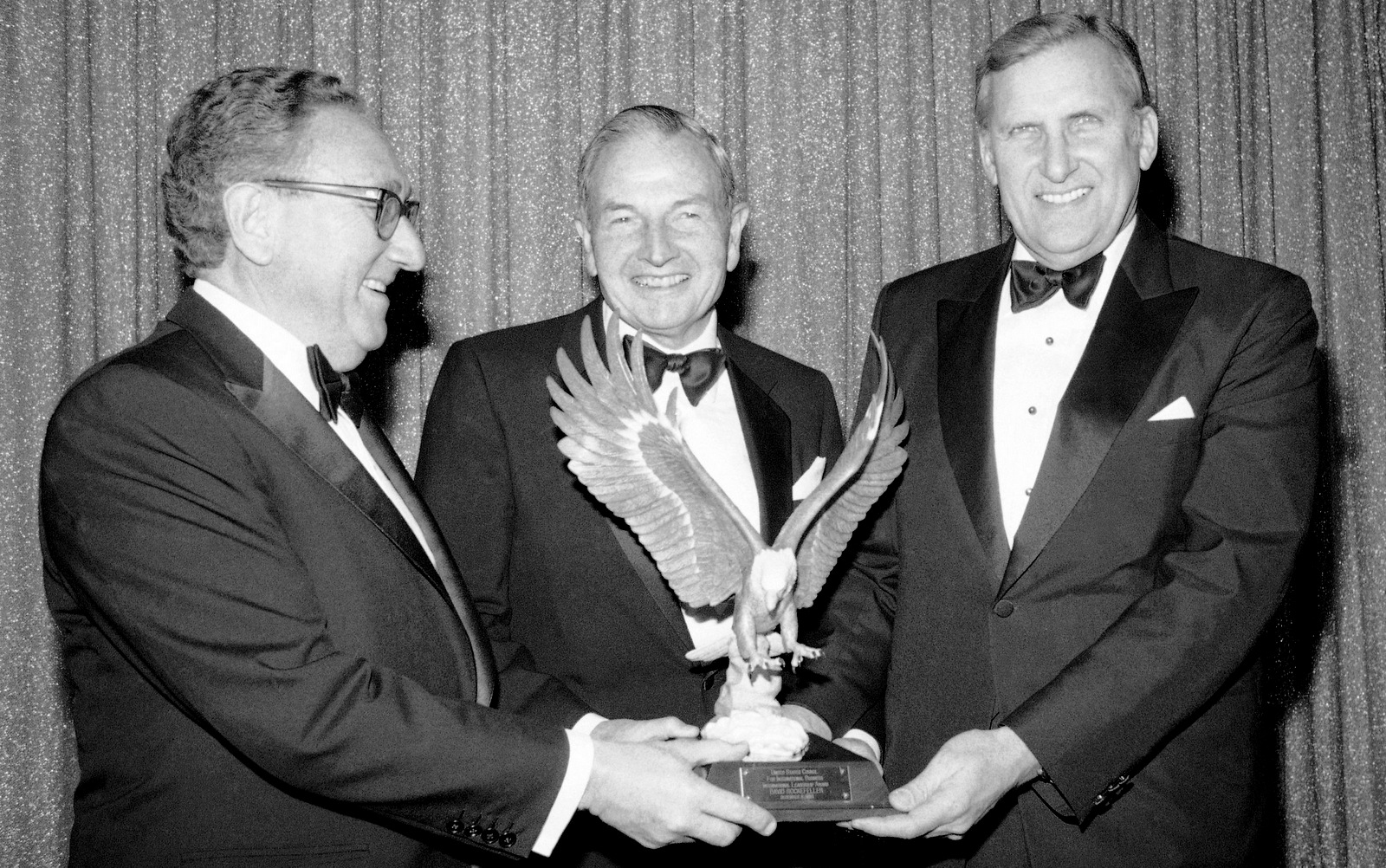 After the crisis brought financial ruin to Latin America and other developing areas throughout the world, Rockefeller – along with other bankers – created austerity programs to “solve” the debt crisis during subsequent IMC meetings, provoking inequality that still persists to this day. However, thanks to the “safety net” conveniently established years prior, Chase avoided the economic consequences for its criminal actions.

In addition, Rockefeller supported the bloody and ruthless dictatorships of the Shah of Iran and Augusto Pinochet of Chile while also supporting Israeli apartheid. Rockefeller then went on to found the influential Trilateral Commission while also serving as a major force on the Council on Foreign Relations that he, along with his close friend Henry Kissinger, would come to dominate.

Both of these organizations have come under fire for using their powerful influence to bring about a “one-world government” ruled by a powerful, ultra-wealthy elite – an accusation to which David Rockefeller confirmed as true in his autobiography. Far from the generous philanthropist he is made to be, David Rockefeller deserves to be remembered for his true legacy – one of elitism, fascism and economic enslavement.

This article first appeared on MintPressNews.com and was republished with permission.