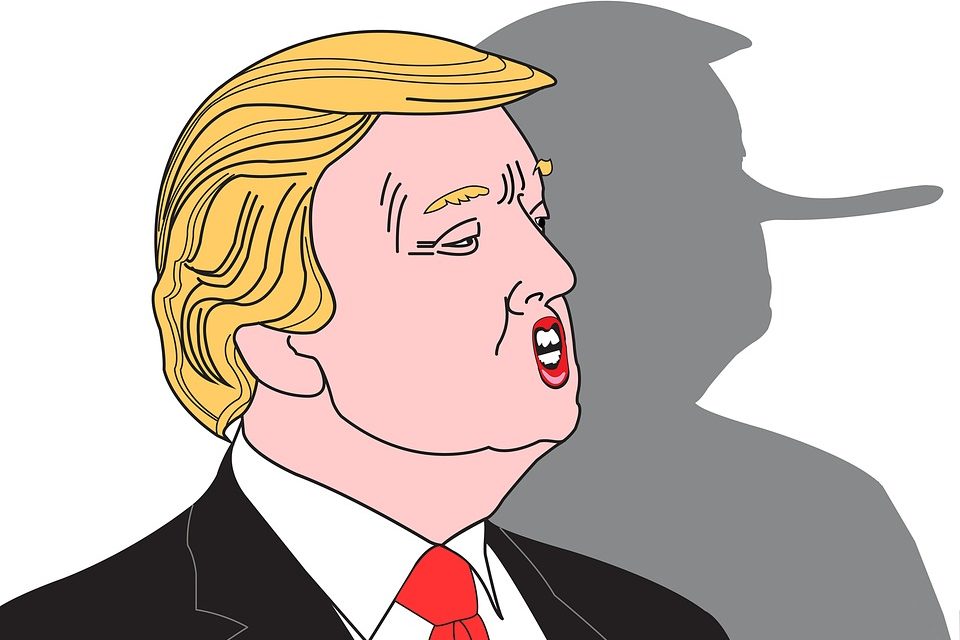 Trump’s likely and confirmed cabinet picks, as well as the President-Elect’s own stock-holdings, suggest that the upcoming administration will champion the interests of agribusiness and biotech. 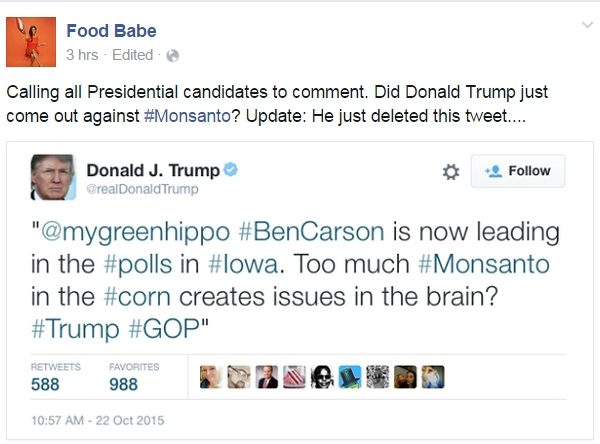 In October 2015, Trump shocked Republican voters and politicians alike when he appeared to tweet an attack against the controversial and much reviled biotech behemoth, Monsanto.

The tweet, which alleged that Iowans had eaten way too much “Monsanto corn” which was “creating issues in their brain,” was quickly deleted and Trump later blamed the controversial tweet on an intern.

Now that he is set to assume the presidency in less than three weeks, Trump’s tune regarding Monsanto and similar corporations in the fields of biotech and agribusiness has changed dramatically, standing in stark contrast to his “rogue” tweet during the Republican primary.

One of the early indications that the Trump administration was likely to favor biotech and agribusiness interests was the appointment of Kansas Senator Mike Pompeo to head the Central Intelligence Agency.

Pompeo is most well-known for his authoring and sponsorship of the so-called “DARK Act.” Officially known as the “Safe and Accurate Food Labeling Act of 2015,” the DARK (Denying Americans the Right to Know) Act rendered null and void state-level GMO labeling laws such as those passed in Hawaii, Vermont, Oregon, and Connecticut.

Pompeo said he opposed GMO labeling for the following reasons:

“Precisely zero pieces of credible evidence have been presented that foods produced with biotechnology pose any risk to our health and safety. We should not raise prices on consumers based on the wishes of a handful of activists.”

Pompeo has also taken massive amounts of money from pro-GMO industries. If confirmed as the head of the CIA, Pompeo could easily, and covertly, protect the interests of biotechnology and agribusiness companies both domestically and abroad.

For example, in the past, the CIA has overthrown entire governments in the support of US agribusiness corporations.

Trump himself has also stated his support for biotechnology and his opposition to labeling laws.

During the lead-up to the Iowa Caucus (ironically at the same time as his “rogue” tweet), Trump told the Iowa Farm Bureau that he supported the use of biotechnology in food products and opposed mandatory labeling for GM foods.

Though this could have been merely a campaign tactic designed to garner favor among Iowa farmers, Trump’s own holdings in Monsanto have likely influenced his stance on the issue.

Trump owns between $15,001 and $50,000 in Monsanto stock, composing part of one of his wealth management accounts with the embattled Deutsche Bank. Though this holding represents a tiny sliver of his overall wealth, this investment could sway him on key issues involving the corporation and related issues like GMO labeling and pesticide use.

Another indication of Trump’s position on biotech and agribusiness was his list of agricultural advisors appointed during the general election.

The advisory panel includes fervent agribusiness supporters including Sen. Pat Roberts (R-KS) and Rep. Bob Goodlatte (R-VA), both of whom have taken thousands upon thousands directly from Monsanto.

Not only that, but Trump is expected to select former Georgia governor Sonny Perdue as Secretary of the USDA. Perdue, as Georgia governor, blocked local communities in Georgia from regulating factory farms to address animal cruelty, pollution or any other hazard. He also supports GM crops and received thousands from Monsanto for his re-election bid.

Another possible win for Monsanto and Big Agribusiness was Trump’s pick of Alabama Senator Jeff Sessions for US Attorney General. Though Sessions is not explicitly pro-GMO as he voted against an anti-labeling measure in the Senate last July, he is expected – if confirmed – to approve Bayer’s $66 billion merger with Monsanto, a bid that is currently undergoing state and federal antitrust investigations. Terry Haines of the investment banking advisory firm Evercore ISI said that Session’s track record as a pro-business conservative would be welcome news for any pending mega-mergers or similar deals. “Sessions’ likely nomination and confirmation by the Senate, in which he has served since 1997, is a market positive for merger and acquisition [M&A] activity,” Haines wrote in November. “Sessions as attorney general would shift immediately from the current mostly ‘red light’ Obama antitrust/competition policy and move towards one that would be friendlier to M&A activity.”

If approved, the merger would create the world’s largest bio-tech seed and pesticide company in the world.

Though we can’t know for certain what Trump or his administration will do until they are in office, it seems that he – like all other recent Presidents – will favor the interests of Monsanto and other agribusiness behemoths regardless of the cost to human or environmental health.

This article (Trump Administration Already Leaning Towards Support Of GMOs, Big-Ag) is free and open source. You have permission to republish this article under a Creative Commons license with attribution to the author and True Activist