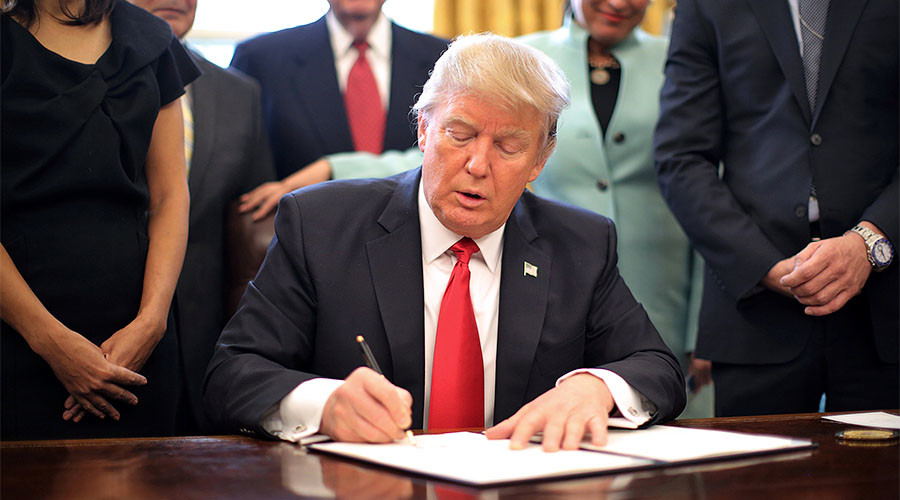 President Donald Trump signed the “Buy American and Hire American”order during his visit to Snap-On Inc, a tool manufacturer in Kenosha, Wisconsin.

The order will call for “the strict enforcement of all laws governing entry into the United States of labor from abroad for the stated purpose of creating higher wages and higher employment rates for workers in the United States,” a senior official said, Reuters reported.

H-1B visas are intended for foreign nationals in occupations that generally require higher education, including science, engineering or computer programming.

“Right now, widespread abuse in our immigration system is allowing American workers of all backgrounds to be replaced by workers brought in from other countries,” Trump said.

“Right now H-1B visas are awarded in a totally random lottery, and that’s wrong. Instead, they should be given to the most skilled and highest paid applicants, and they should never, ever be used to replace Americans.”

As Trump closes in on his 100th day in office, this new order is seen by many of his supporters as a way to attempt to make good on his “America First” campaign pledge.

You can watch Trump’s full address below.