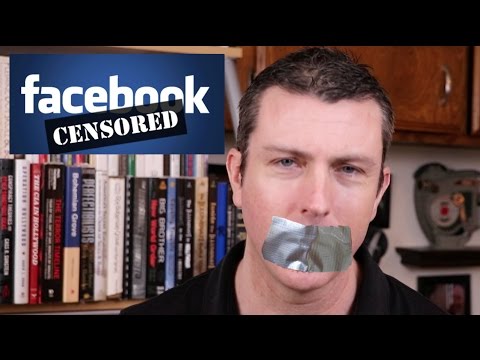 Popular author and conservative YouTube media analyst Dice was locked out of his account for 24 hours after posting a comment mocking a Dove soap commercial which featured a transgender male-to-female mother. 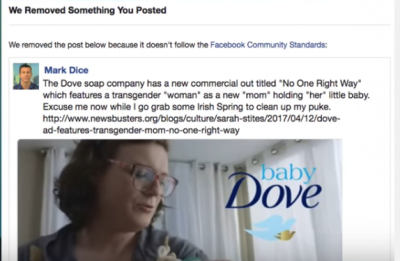 “The Dove soap company has a new commercial out titled ‘No One Right Way’ which features a transgender ‘woman’ as a new ‘mom’ holding ‘her’ little baby. Excuse me now while I go grab some Irish Spring to clean up my puke,” wrote Dice.

Facebook came under fire last year after their “Trending Stories” section showed a noticeable bias against conservatives, leading to the firing of Facebook’s trending stories editors. Facebook has been caught censoring conservative pages on many occasions, and Facebook founder Mark Zuckerberg was even caught discussing censoring anti-migrant posts with German Chancellor Angela Merkel. The censorship of conservative and independent media has been a trend for several years now across social media platforms including Twitter, YouTube, Facebook, and Reddit.

World renowned comedian Dave Chappelle also came under fire recently for making jokes about transgender people in a recent stand-up comedy special. Transgender people seem to be the new sacred cow of the hour, with corporate media using them as a wedge to divide and conquer the masses, and an excuse to continue the censorship of conservatives, independents, and freethinkers.