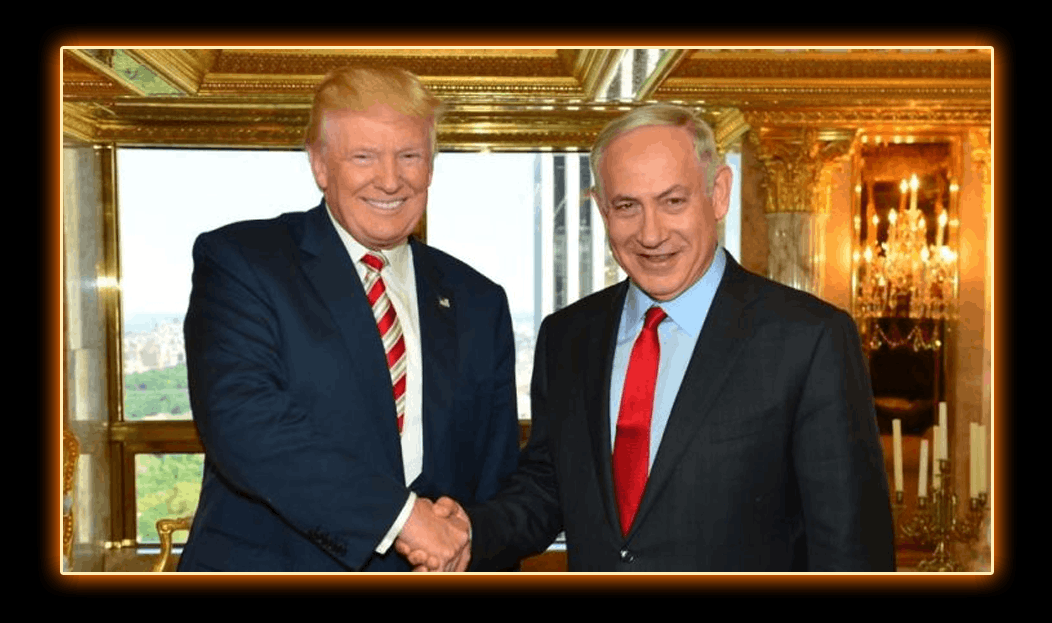 President Donald Trump met with Israeli Prime Minister Benjamin Netanyahu on Wednesday to hold a joint press conference at the White House regarding the future of the Israeli–Palestinian conflict. The upshot of which is neither leader committed explicitly to back a future independent Palestine, a longstanding bedrock of US policy.

Trump suggested to Netanyahu that Israel should “hold back” on building new settlements “for a little bit.”

“As far as settlements, I’d like to see you hold back on settlements for a little bit. We’ll work something out but I would like to see a deal be made,” Trump said at a joint press conference with Netanyahu at the White House before their meeting.

Last month, Israel approved the construction of 3,000 housing units in West Bank settlements, amidst a spate of settlement expansion in the wake of Trump’s inauguration.

On Wednesday, Trump also said that he is open to either a one-state or two-state solution to the Israeli-Palestinian conflict, a departure from U.S. stance in previous administrations.

“I’m looking at two-state, one-state, and I like the one that both parties like… I can live with either one,” Trump said.

The previous U.S. administrations have pushed for the two-state solution to the Middle East peace process, an idea of establishing an independent Palestinian state that lives side-by-side with Israel.

On another controversial issue of moving the U.S. embassy from Tel Aviv to Jerusalem, Trump said, “as far as the embassy moving to Jerusalem, I’d love to see that happen. We’re looking at it very, very strongly.” He added that the U.S. is looking at the issue “with great care.”

Israel has claimed all of Jerusalem as its “eternal and undivided capital.” The international community has never recognized East Jerusalem, a territory Israel seized in the 1967 Mideast War and later annexed.

The Palestinians see East Jerusalem as the capital of their future state. The idea of moving the U.S. embassy to Jerusalem was discussed in the past, but never carried out for fear it would spark fresh tensions in the region.

The report alarmed Palestinians, who urged the White House not to abandon the goal of an independent Palestinian nation.

“If the Trump administration rejects this policy, it would be destroying the chances for peace and undermining American interests, standing and credibility abroad,” said Hanan Ashrawi, a senior member of the Palestine Liberation Organisation. “Accommodating the most extreme and irresponsible elements in Israel and in the White House is no way to make responsible foreign policy.”

Mehdi Hasan of Al Jazeera was stunned by the change of direction in policy.

This is ASTONISHING. US president live in the White House tearing up decades of U.S. foreign policy on Israel/Palestine.

The Political cartoonist, Carlos Latuff illustrates the outcome of the meeting between Trump and Netanyahu:

Meeting of Netanyahu and Trump marks the end of the 2-state solution, and makes clear that #Israel was never commited to peace@Mondoweiss pic.twitter.com/YfVzfoxwln

Thank you Netanyahu for making clear even to the dumbest person in the world that #Israel was NEVER really commited to peace! pic.twitter.com/TnhKrqENGo

Rebecca Vilkomerson from the Jewish Voice for Peace, an organization dedicated to a U.S. foreign policy based on peace, human rights, and respect for international law, made this statement in response to the press conference:

“Today Trump and Netanyahu spoke of their ‘shared values’ of democracy and respect for human rights. These are alternative facts. Their ‘shared values’ are in reality a shared agenda of walls, militarism, xenophobia, racism, anti-Muslim bigotry, and borders closed to refugees. Netanyahu’s cynical denial of the real and dangerous anti-Semitism in the Trump administration makes clear that he does not represent the interests of Jews around the globe. Netanyahu and Trump share a vision of the world which paints aspirations for freedom and dignity as security threats and falsely and intentionally pits Islam against the West and democracy. In response to their joint agenda, we will continue to grow the resistance to their anti-refugee, anti-immigrant, and anti-Muslim policies here in the U.S. and in Israel and put forward a vision of true dignity, equality, and justice for all. For this future to be possible, the tactics of boycott, divestment, and sanctions (BDS) will be even more important tools to build a global grassroots pressure against today’s one-state apartheid reality.”

“Many in the human rights community will welcome the end of a hypocritical period in which the U.S. maintained a two-state policy even as no viable state was possible in light of Israel colonization.”

Jamil Dakwar of the ACLU wrote, “The 2-state solution has been long dead so the choice is between an apartheid colonial state or one democratic state with full equal rights.”

Cal Perry from MSNBC put forward the important questions, “If there is to be one state, will Palestinians have ‘equal rights?’ Will they have ‘citizenship’ rights? Will they be drafted for the army? What will happen to their right of return as refugees? Will they be under civilian rule?”

While Martin Fletcher asserted that if Israel and Palestine become one state, Israel will “never agree to one person, one vote.”