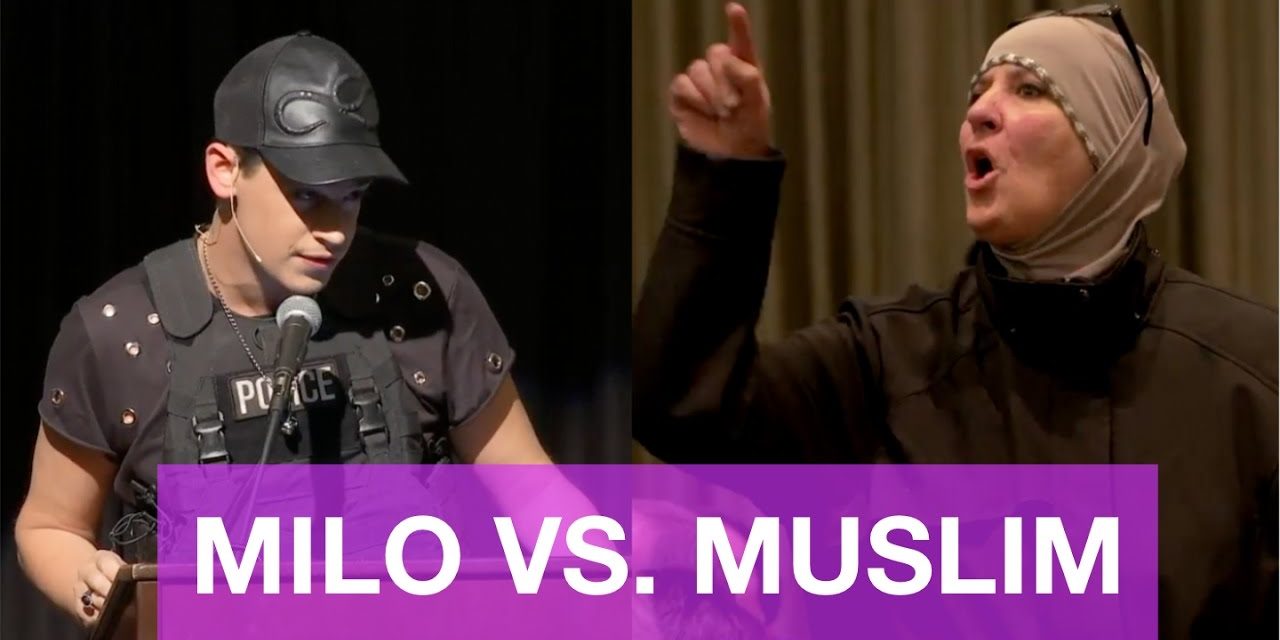 President Trump posted a Tweet early Thursday morning suggesting that he will cut federal funding to the University of California, Berkeley, if the university “does not allow free speech and practices violence on innocent people with a different point of view.”

If U.C. Berkeley does not allow free speech and practices violence on innocent people with a different point of view – NO FEDERAL FUNDS?

This tweet comes after riots broke out during a scheduled Milo Yiannopoulos speaking event on Wednesday night. The event was cancelled due to security concerns.

During the riots, Antifa protesters attacked attendees by beating them with metal poles. One particular individual was dragged out of his car and beaten up. Antifa members also pepper-sprayed a woman who was wearing a “Make Bitcoin Great Again” hat, which resembled Trump’s signature “Make America Great Again” cap.

Additionally, another man was chased and beaten up in the street while others vandalized an entire city block, breaking windows of local businesses and smashing ATM’s.

UC Berkeley released a statement condemning the actions saying they “deeply regret that those tactics will now overshadow the efforts to engage in legitimate and lawful protest.”

Trump’s Tweet suggests that he is accusing UC Berkeley of allowing the violence to occur.

The acts of violence from the Antifa protesters have raised questions about their attentions, and whether they looking for publicity from the event, or were specifically targeting Yiannopoulos.

Yiannopoulos is known for his controversial commentary, and last Friday he publicly mocked a woman wearing a hijab during a speech in New Mexico.

“You are wearing a hijab in the United States of America—what is wrong with you?” he said.

While Yiannopoulos did cite some factual points about Islam punishing gays and women, he went on to mock them as he exited the building by making a 9/11 joke, which was greeted with applause from the audience. “I think if you take the second left, the airport is just… ummm… actually no we don’t want them there, do we?” Yiannopoulos continued.

How will Trump respond? Will he cut off federal funding to UC Berkeley as he threatened in his tweet? Will he seek to label Antifa a terrorist organization?

Let us know your thoughts in the comments!