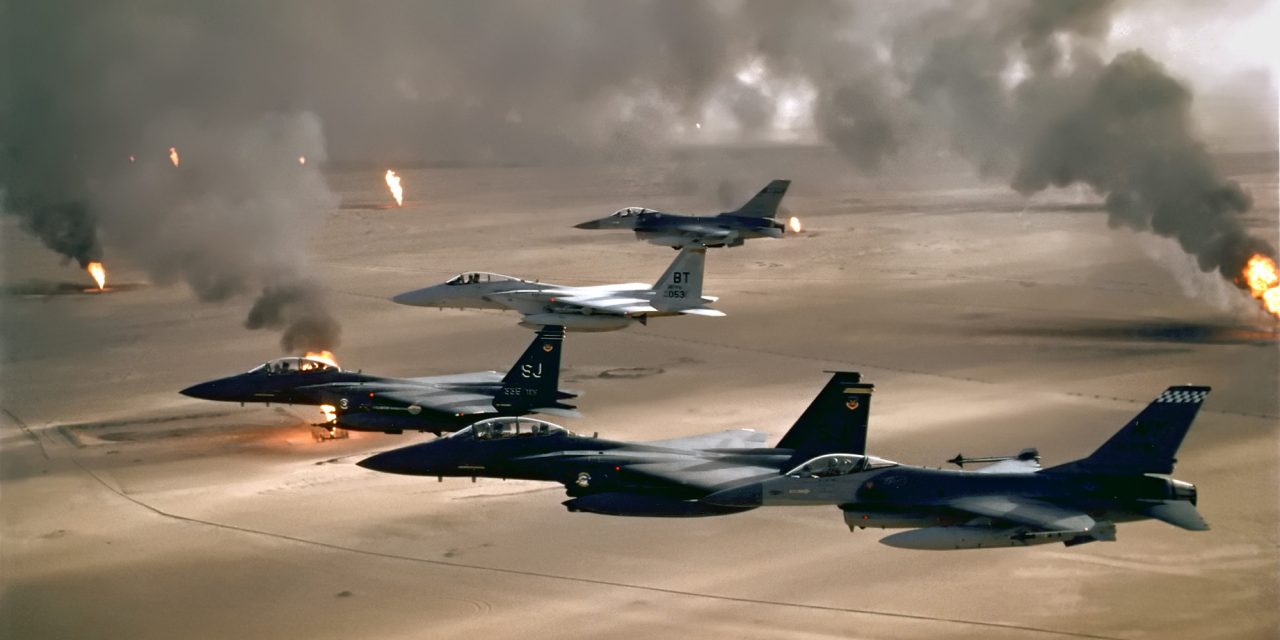 President Donald Trump will propose to increase defense spending by 10 percent in his first budget plan.

As observed earlier in the day, as part of the leaked preliminary Trump budget, the president was set to unveil major spending increases for U.S. defense offset by cuts to federal agencies, and other non-defense sectors. And on Monday morning, the first details emerged, including that the boost to defense spending is expected to be about 10 percent, or some $54 billion, and will be revenue neutral, offset by cuts in non-defense areas, and will not “add a dime to the deficit.” As Trump said, he is seeking a “historic increase” in military spending.

“This budget will be a public safety and national security budget,” Trump told state governors at the White House. “It will include an historic increase in defense spending to rebuild the depleted military of the United States of America at a time we most need it,” he said.

One of the officials cited by Reuters said Trump’s request for the Pentagon included more money for shipbuilding, military spending on aircraft and establishing “a more robust presence in key international waterways and chokepoints” such as the Strait of Hormuz and South China Sea.

A second official said the State Department’s budget could be cut by as much as 30 percent, which would force a major restructuring of the department and elimination of programs. Some defense experts have questioned the need for a large increase in U.S. military spending, which already stands at roughly $600 billion annually. By contrast, the United States spends about $50 billion annually on the State Department and foreign assistance.

The White House will send federal agencies their proposed 2018 budget allocations at noon Monday, according to an Office of Management and Budget official. The official provided no specific details during a call with reporters about the rest of the budget, including the baseline figure being used for the cuts or over what period they would be made. The initial blueprint of the president’s budget will be released in mid-March, and the administration’s entire fiscal proposal is expected later in the spring.

The outline due next month will include only targets for discretionary spending programs, which represent around one-third of total federal spending. The blueprint won’t include proposed changes on tax policy or mandatory spending.

To offset the defense spending increase, the White House is seeking corresponding cuts of $54 billion in non-defense categories, including “large spending cuts” to foreign aid, the EPA, the State Department and safety programs. The official also added that most agencies would see funding reductions.

“Most federal agencies will see a reduction as a result,” the official said, with cuts falling most heavily on “lower priority” programs as well as foreign aid. When asked where the extra $54 billion will be spent, the official said “predominantly it will go to the Pentagon,” but declined to name specific offices.

According to The Hill, the budget will fundamentally alter the spending rules known as the sequester brokered in a 2013 deal between President Obama and Congress. That agreement set a cap on discretionary spending across the federal government, which affected defense and non-defense spending equally.

The punchline: according to the White House, the budget, at least as it stands right now, won’t add a dime to the deficit, suggesting that if only for the time being, the dramatic debt-funded spending spree remains on hold.

According to the WSJ, the Trump administration said the funding request will show that Mr. Trump is following through on promises he made during his campaign to boost military spending and put “America First,” a campaign theme he sounded in his inaugural address last month. It isn’t clear how the offsetting cuts will allow him to also make good on promises to ramp up funds for border security, infrastructure and veterans’ health care.

For now we await more details. As the NY Times reported overnight, Trump’s plan which is a collaboration between budget director, Mick Mulvaney; NEC director Gary Cohn; and Steve Bannon, is meant to make a “big splash” and has been carefully timed to come the day before the president’s address to Congress.