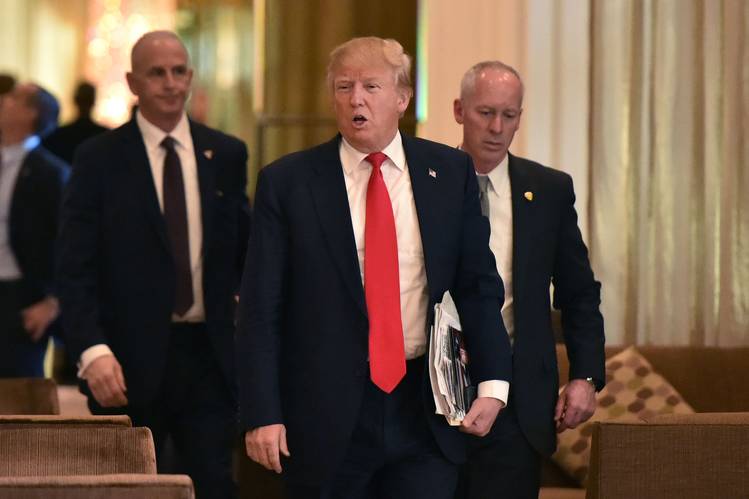 A top Donald Trump GOP advisor wants to revive the Glass-Steagall previsions of the 1933 Banking Act that Hillary Clinton’s husband Bill Clinton helped repeal and go after the too-big-to-fail banks. 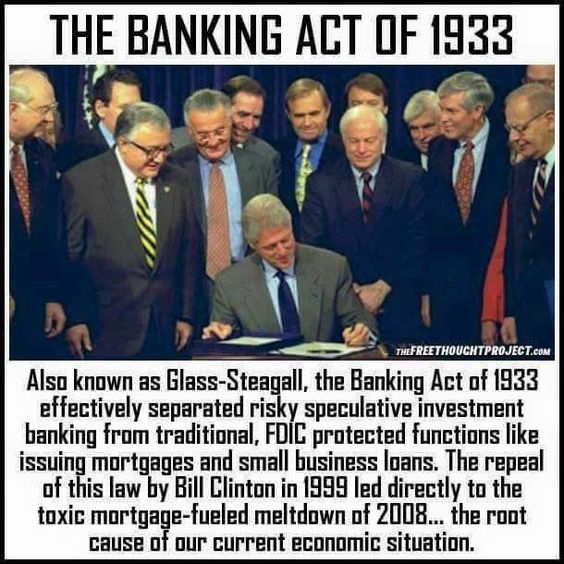 Now Trump and his campaign manger Paul Manafort want to crack down on risky banking by Wall Street and back the American people and small businesses.

“We are supporting the small banks and Main Street. We believe the Obama-Clinton years have passed legislation that has been favorable to the big banks, which is why you see all the Wall Street money going to her.” ~Trump campaign manger Paul Manafort said to The Hill.

Glass-Steagall was implemented in 1933, by President Roosevelt. The law mandated limited securities, activities, and affiliations within commercial banks and securities firms.

The law was passed in the wake of the 1929 stock market crash that ultimately caused the great depression.

Senator Bernie Sanders and Elizabeth Warren have also previously expressed the need to re-implement the Glass-Steagall provisions before being turned down every time.

Last October in the primaries, when Hillary and Bernie clashed on whether to reinstate Glass-Steagall, Sanders said this —

Introducing tougher banking regulations or a new revised law on the finance industry would help to stabilize the economy and prevent some of the cases of massive fraud that we have witnessed from Wall Street. Even an insider poll inside Wall Street revealed the corruption and fraud. As Simon Johnson of the IMF said, reinstating Glass-Steagall is needed to “present a simple and more transparent banking system.”

“In the run-up to the 2008 crisis, the largest US banks had around 4 percent equity relative to their assets. This was not enough to withstand the storm … Now, under the most generous possible calculation, the surviving megabanks have on average about 5 percent equity … that is, they are 95 percent financed with debt.” ~Simon Johnson of the IMF

Trump has also previously called to get rid of the Dodd-Frank Act, and audit the Federal Reserve something – that Ron Paul has been calling for, for years. Are these just political promises, or is Trump legit when he says he will do something? We learned from Obama you can’t trust words of a politician so we’ll have to wait and see.

“I sincerely believe, with you, that banking establishments are more dangerous than standing armies.” ~Thomas Jefferson

“If the American people ever allow private banks to control the issue of their currency, first by inflation, then by deflation, the banks…will deprive the people of all property until their children wake-up homeless on the continent their fathers conquered…. The issuing power should be taken from the banks and restored to the people, to whom it properly belongs.”
~Thomas Jefferson in the debate over the Re-charter of the Bank Bill (1809)