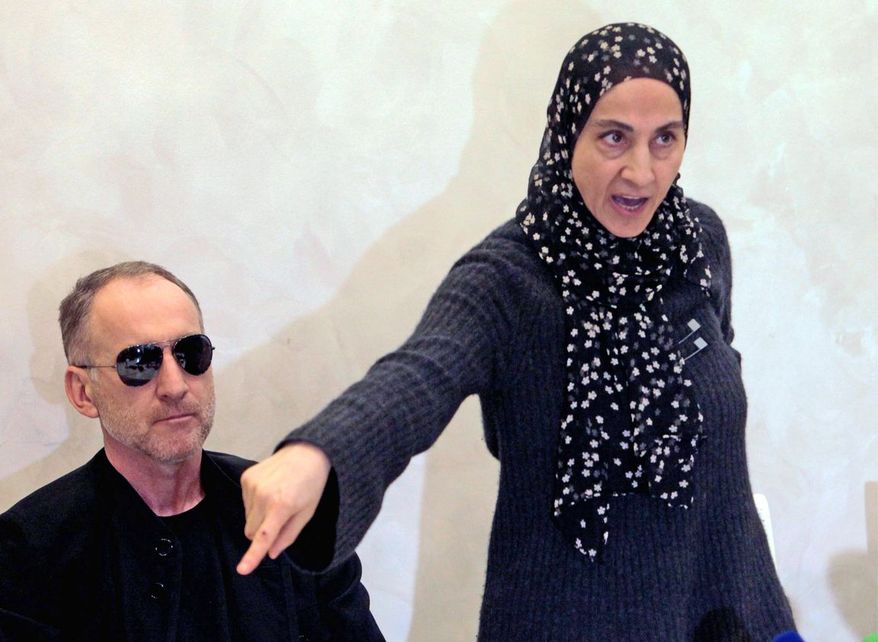 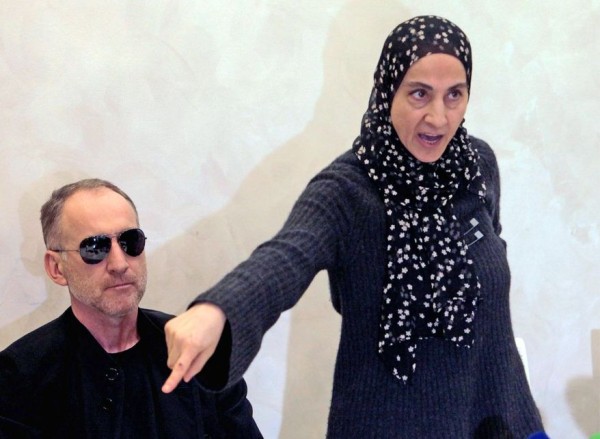 Zubeidat Tsarnaeva, the mother of the two Boston Marathon bombing suspects, said in this 2013 file photo that authorities were wrong to suspect her sons of the bombings. Her husband, Anzor Tsarnaev, is beside her. (Associated Press)

Dzhokhar Tsarnaev’s mother, Zubeidat, bashed Americans as “terrorists” Wednesday on social media for convicting her son — “the best of the best” — of 30 federal counts for the Boston Marathon bombing. A jury is now contemplating whether he will get the death penalty.

“I will never forget it. May god bless those who helped my son. The terrorists are the Americans and everyone knows it. My son is the best of the best,” she posted in Russian on VKontakte, a social media site, Vocativ reported. Her post was on “Support for Dzhokhar,” a group created on VKontakte by a family friend.

Of the 30 counts he faced, 17 carried the death penalty.

Tsarnaev and his older brother, Tamerlan, planted two pressure-cooker bombs near the finish line of the Boston Marathon bombing on April 15, 2013, killing three people and injuring more than 260.

The three killed in the grisly bombings were Martin Richard, 8; Lu Lingzi, 23; and Krystle Campbell, 29.