Turkey Is Getting Closer And Closer To Divorcing NATO 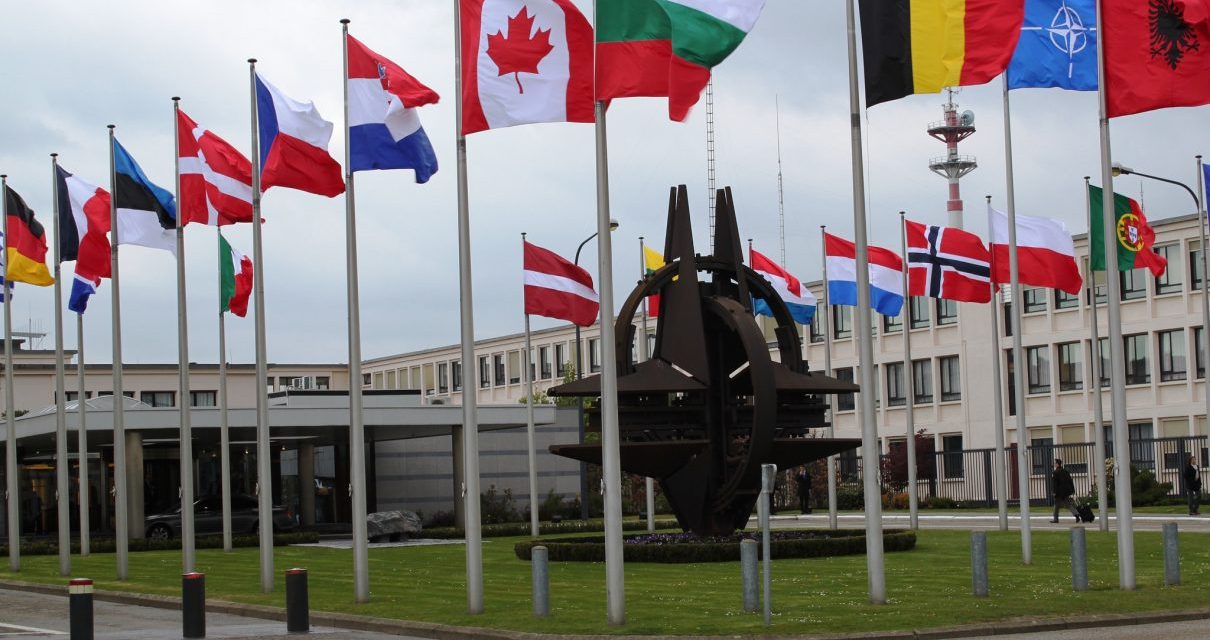 Turkey has been a NATO ally since 1952, and US aircraft have used Incirlik Air Base in the south during the operations in Afghanistan and Iraq.

The base is home to a stockpile of US tactical nuclear weapons.

A perusal of media reports leads to the conclusion that Turkey and NATO are heading for a major rift or even a breakup – a problem the North Atlantic alliance hasn’t experienced in its nearly seven decades of existence.

Germany and the Netherlands have blocked Turkish ministers from staging rallies to court the vote of expatriate Turks in the April 16 referendum on giving President Erdogan greater powers. Denmark is siding with its north European neighbors. Turkey faces deep differences with the USA, accusing it of being behind the failed plot in 2016. Both countries have opposing views on the role of Kurds in Syria. Former State Secretary John Kerry came close to threatening Turkey with the loss of its NATO membership.

Add to this the perennial tension between Turkey and Greece and the problem of Cyprus to get the whole picture. According to Bloomberg, «All in all, Turkey appears to have more disputes than friendships with its NATO allies. And its engagement with the alliance itself, which it joined in 1952, isn’t particularly strong».

The NATO annual report for 2016 says Turkey only took part in four of the 18 key NATO exercises held last year. Despite having the fourth-strongest military in the bloc (after the US, France and the UK but ahead of Germany) and the second-highest number of military personnel (after the US), its involvement in NATO’s deployments is small, amounting to just 4 percent of the personnel in the mission to train the Afghan security forces, and 7 percent of the Kosovo force.

Ankara has recently blocked some rolling programs with NATO, including political events, civilian projects and military training, in an escalation of a diplomatic dispute with a number of European states.

Turkey is unable to block cooperation with full-fledged NATO members. The move to block the activities is apparently aimed at Austria, which is not a member of NATO but is a partner country. It has banned Turkish referendum rallies on its territory. Austria has called for the EU to end accession talks with Turkey over alleged human rights violations after the aborted coup.

As a result, a very important NATO project to threaten Russia is in jeopardy. This month, Brigadier General Vladimir Chachibaia, new Chief of General Staff of Georgian Armed Forces, proposed to turn the port of Poti into a NATO military base. This, he argued, would help the alliance get around the provisions of Montreux Convention, which limit non-Black Sea powers access to the Black Sea.

Increasing the number of port calls is a way to boost the bloc’s naval presence, but the passage of naval ships not belonging to Black Sea states is restricted by the Convention. Strengthening the naval forces of Georgia and Ukraine and building a bloc’s «coast guard» base in Georgia would boost NATO’s sea power in the region. Poti could become a home port for the ships of Black Sea NATO members. Georgian military expert Irakli Aladashvili told Russian Kommersant daily that the facility would be protected by ground based weapons systems and land forces.

Ukraine’s plans to buy old ships from NATO members could also be suspended.

Turkey’s action encompasses many more areas of NATO’s activities. The programs cover most of Europe, plus many countries in the Middle East and Asia. Kosovo, Georgia, Ukraine and Afghanistan are affected. Austria is one of the biggest providers of troops in Kosovo. «It is a very unfortunate situation and it means some cooperation programs can’t be launched», said NATO’s Secretary-General Jens Stoltenberg during a visit to Copenhagen.

Established in 1996, the SCO is a political, military and economic organization comprising Russia, China, Kazakhstan, Kyrgyzstan and Tajikistan. Iran, Mongolia, Belarus and Afghanistan are granted observer status. India and Pakistan are set to join this year to make the SCO a powerful group with global influence. Turkey’s accession would be a milestone bringing together the Shanghai Pact and the Cooperation Council of Turkic-Speaking States (CCTS) – an international organization of Turkic countries, comprising Azerbaijan, Kazakhstan, Kyrgyzstan and Turkey. The General Secretariat is in ?stanbul, Turkey. Turkmenistan and Uzbekistan are possible future members of the council.

Turkey is developing military cooperation with Russia. This January, Russian and Turkish air forces launched a joint operation against Islamic State (IS) militants holding the town of al-Bab northeast of Aleppo. The parties have agreed to form a joint military and intelligence mechanism to coordinate their activities in the Middle East. If peace efforts to stop hostilities in Syria succeed, Russia and Turley lead the crisis management process. It could be a start on the way to forming a broader alliance against global terrorism.

Russia and Turkey have been getting increasingly close recently, especially after the two countries brokered a Syria truce in late December to join together in the Astana process. Turkey is in talks with Russia on purchasing the advanced long-range S-400 air defense systems to protect its skies. This issue was on the agenda during the President Erdogan’s visit to Moscow on March 9-10, 2017. Ankara also seeks procurement deals in electronic systems, ammunitions and missile technology.

Both nations are parties to the ambitious Turkish Stream natural gas pipeline project. It should be noted that Russia, not the US or any other NATO member, was the first country to be visited by the Turkish president after the failed coup last year.

Ankara is also getting closer to Beijing. The two countries are closely cooperating to implement China’s the One Belt One Road project. Turkey is again taking the position as a key investment and cooperation partner that will help bridge the East and the West.

Turkey is distancing itself from the West while getting closer with the partners outside NATO and the EU. The abovementioned events conform to the trend. NATO stands to lose its second largest military power as well as one of its key airbases, while Russia, China and other countries are developing the relationship of alliance with the country, which enjoys a unique geographic location between Europe, the Middle East and Asia.

It gives it easy access to strategically important areas and major energy resources. Turkey is a founding member of the OECD (1961) and the G-20 major economies (1999), it has the world’s 15thlargest GDP-PPP and 15th largest Nominal GDP.

The development is a major loss for the West and a major win for those who strive for a multipolar world.

This article first appeared on Strategic-Culture.org and was authored by Peter Korzun.