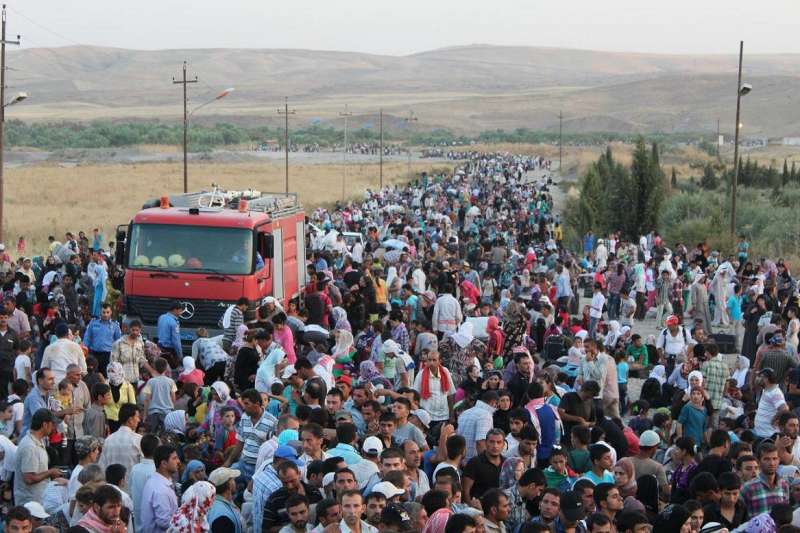 As we noted moments ago, the tit-for-tat aggression resumed its escalation between Turkey and the Netherlands, with Turkish Deputy Prime Minister Numan Kurtulmus exclaiming from Ankara that “Europe’s politicians are under fascist, neo-nazi influence” and in response, Turkey will suspend all high-level diplomatic meetings and cancel all flight permissions for Dutch politicians.

As part of its furious response, Turkey said it would impose various travel sanctions on Dutch diplomats such as halting all high-level political discussions with the Netherlands in the wake of the Dutch government’s decision to bar two cabinet ministers from campaigning in the country. Kurtulmus said during a news conference following a weekly cabinet meeting that Ankara also is closing its air space to Dutch diplomats until the Netherlands meets Turkish requests, according to the AP.

Kurtulmus also says the Dutch ambassador to Turkey, who was traveling when the diplomatic row started, won’t be allowed to return, and said that Turkey’s government plans to advise parliament to withdraw from a Dutch-Turkish friendship group.

It was unclear what the sudden Turkish escalation means for economic ties between the two nations: as a reminder,  Dutch direct investment in Turkey amounts to $22 billion, making the Netherlands the biggest source of foreign investment with a share of 16%.  Furthermore, Turkish exports to the Netherlands totalled $3.6 billion in 2016, making it the tenth largest market for Turkish goods, according to the Turkish Statistical Institute. Turkey imported $3 billion worth of Dutch goods in 2016. Should the diplomatic spat lead to a collapse in trade relations, a Turkey recession is all but assured.

Kurtulmus said the political sanctions will apply until the Netherlands takes steps to “redress” its actions. He said: “There is a crisis and a very deep one. We didn’t create this crisis or bring to this stage.”

However the most troubling development, and one which has the potential to sway the outcome of the Dutch election which will be held in less than two days, is that in the final power play aimed towards Merkel, Kurtulmus exclaimed that since “Europe has not kept its promises on the migrant deal, for us that agreement has ended.”

Which means that one year after it collected $3 billion for the migrant deal, Turkey has just voided the agreement, and the next step would be that Turkey is about to flood Europe with refugees currently held inside Turkish borders. And since by some estimates Turkey currently harbors over 2 million potential migrants, Europe’s refugee situation is about to get far worse, and as a corollary, support for anti-immigrant political organizations across the continent is about to take another step function higher.