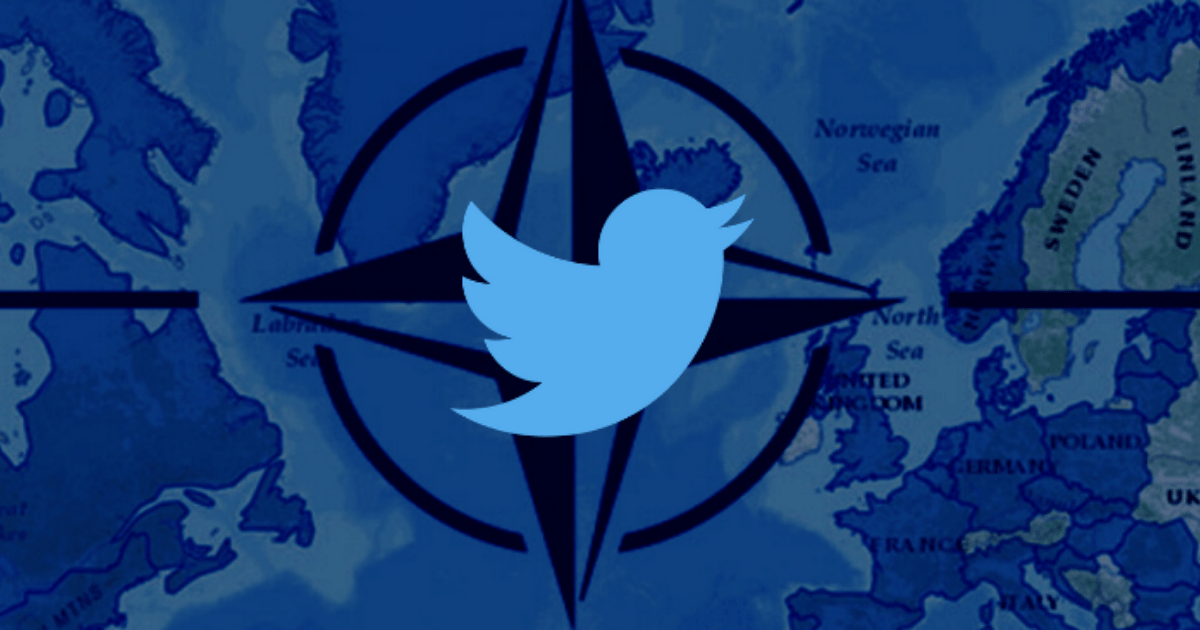 Social media giant Twitter announced yesterday that it has deleted 373 accounts it claims were linked to Russia, Iran, and Armenia. In a blog post entitled “Disclosing networks of state-linked information operations,” it claimed that it had taken the decision to remove 69 Russian accounts primarily because they were “undermining faith in the NATO alliance and its stability.”

The move sparked controversy on Twitter itself, with many users joking that their own fealty to NATO was insufficiently zealous.

Twitter justified the decision by pointing to its rules regarding the prohibition of state-controlled disinformation networks. Yet it failed to fully explain exactly how it knew these users were in the pay of the Kremlin or under the control of the Grand Ayatollah Khamenei. Indeed, the supposedly “independent investigation and analysis” team at the Stanford Internet Observatory, to which Twitter contracted out its work, itself has troubling connections to the (U.S.) state. For example, its non-resident fellow Matt Masterton was, until recently, a senior official at the Department of Homeland Security. Indeed, the whole observatory is located within the Freeman Spogli Institute for International Studies, headed by former American Ambassador to Russia (and noted Kremlin hawk) Michael McFaul.

This is far from the first time that Twitter has taken action against those spreading information it does not like. However, its targets seem invariably to be enemies of the United States and NATO. In June, on advice from the Australian Strategic Policy Institute (ASPI), Twitter banned nearly 200,000 accounts from China, Russia, and Turkey, all of which it accused of “spreading geopolitical narratives favorable to the Communist Party of China,” the Kremlin or Istanbul. Yet ASPI itself is funded by both the U.S. and Australian governments, as well as a myriad of weapons contractors, all of whom have a distinct and strong interest in heightening tensions with NATO’s adversaries. Four months later, Twitter took action against a number of Iranian accounts on the suggestion of the FBI.

Unfortunately, the extent of the collaboration between big tech and the national security state extends beyond mere collaboration on whom to delete. In 2019, it was revealed that a senior Twitter executive was in fact a high-ranking officer in the British Army’s 77th Brigade, its division devoted to psychological operations and online warfare. How he could have achieved such a high position at Twitter without the knowing cooperation of the tech giant is unclear. Even less certain is why the story was almost completely ignored in the mainstream media and how he maintains his job at Twitter to this day.

In addition to the appointment of NATO man Nimmo, Facebook also maintains a close relationship with the military organization. In 2018, it announced a partnership with the NATO-cutout group the Atlantic Council, whereby the council would help curate the news feeds of its 2.8 billion users.

Reddit also hired a former Atlantic Council deputy director of its Middle East Strategy Task Force as its director of policy, a move that linked the popular social news aggregation site to the national security state. Other big tech companies such as Google, Amazon, Microsoft, and IBM have signed multi-billion dollar commercial deals with the CIA, a move that brings virtually the entire industry into the orbit of the national security state.

The MIC of the “New Digital Age”

“What Lockheed Martin was to the twentieth century,” wrote Google executives Eric Schmidt and Larry Cohen in their book “The New Digital Age,” “technology and cyber-security companies will be to the twenty-first.” Their book was heartily endorsed on its back cover by Atlantic Council Director Henry Kissinger.

NATO was founded in the wake of the Second World War as a supposedly defensive alliance against the Soviet Union. However, with that nation’s dissolution in 1991, NATO was not scrapped; in fact, it was expanded, both in member nations and its remit. NATO began to declare that its purview spread across the entire world and into cyberspace. At the organization’s 70th anniversary in 2019, its former supreme commander, Admiral James Stavridis, declared that it would henceforth be “far more engaged in…cyber security” and would employ a far greater “offensive cyber capability.” Twitter’s latest actions suggest that his proclamations were accurate.

While the Soviet government effectively controlled its entire media apparatus, its citizens were at least cognizant of that fact and distrusted it accordingly. In the West, however, the level of state penetration into both commercial and social media is rarely discussed. A propaganda system is far more effective — and dangerous — when those inside are unaware of it and believe themselves to be free from influence. Worse still, big social media companies like Twitter and Facebook dominate the world, not just one country, meaning their influence is global. The fact that Twitter is taking action against accounts because they undermine faith in NATO is a sure sign of the organization’s growing influence in Twitter’s internal affairs.