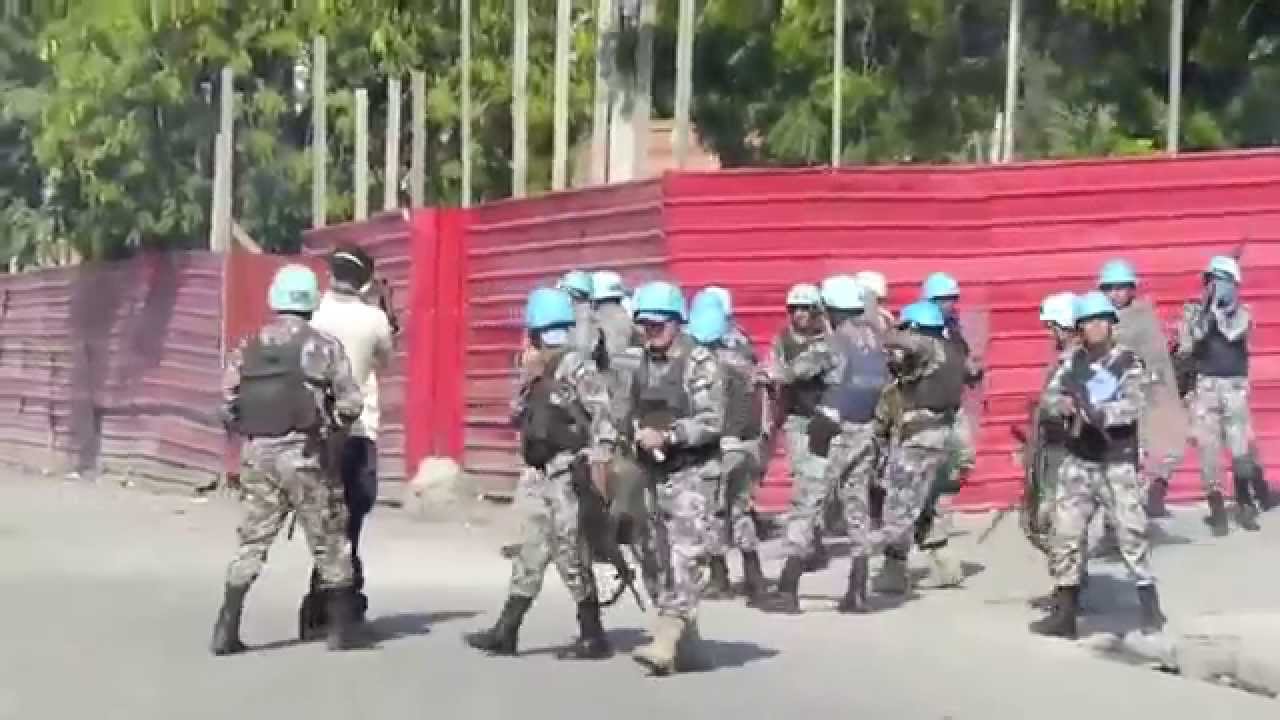 This fallacy was trounced yesterday when a Jordanian “peacekeeper” opened fire with live ammo on protesters demanding the resignation of Haiti’s President Michel Martelly and Prime Minister Laurent Lamothe.

The United Nations Stabilization Mission in Haiti (MINUSTAH) has a dismal track record, according to Dr. Ajamu Nangwaya and other observers.

Following the 2004 overthrow of Jean-Bertrand Aristide’s government by the United States, France and Canada, U.N. “peacekeepers” faced accusations they sexually exploited children, engaged in repression of Aristide supporters, and have consistently terrorized residents in Port-au-Prince and elsewhere on the island.