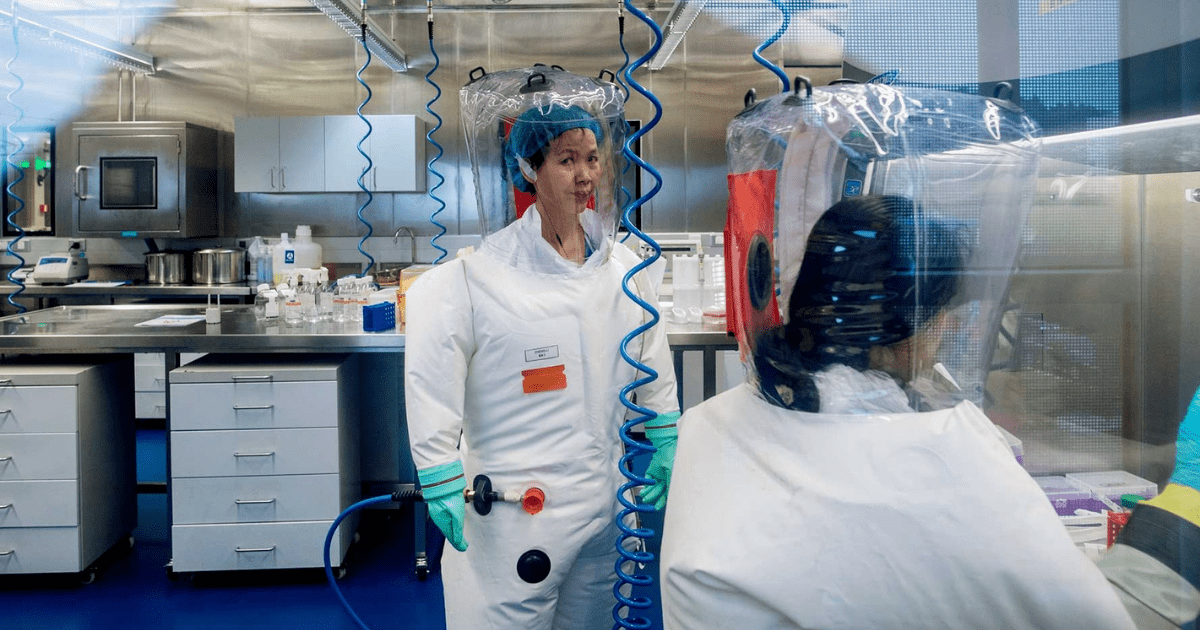 Nearly a year to the day that ZeroHedge raised suspicions over the origins of the COVID-19 outbreak – and were called ‘conspiracy theorists’ for it – the US State Department just revealed that they have new information suggesting it could have emerged from the Wuhan Institute of Virology (WIV).

In a Friday statement, the state department announced that while they haven’t determined whether the COVID-19 pandemic “began through contact with infected animals or was the result of an accident at a laboratory in Wuhan, China,” the US government “has reason to believe that several researchers inside the WIV became sick in autumn 2019, before the first identified case of the outbreak, with symptoms consistent with both COVID-19 and common seasonal illnesses.”

State Department: "The U.S. government does not know exactly where, when, or how the COVID-19 virus…was transmitted initially to humans. We haven't determined whether the outbreak began thru contact w/ infected animals or was the result of an accident at a laboratory in Wuhan." pic.twitter.com/16zjr9duUS

“This raises questions about the credibility of WIV senior researcher Shi Zhengli’s public claim that there was “zero infection” among the WIV’s staff and students of SARS-CoV-2 or SARS-related viruses.”

Zhengli, known as “Batwoman,” was notably scrutinized in 2015 over her work creating chimeric bat coronaviruses through ‘gain-of-function’ research to more easily infect humans.

According to the State Department, “starting in at least 2016 – and with no indication of a stop prior to the COVID-19 outbreak — WIV researchers conducted experiments involving RaTG13, the bat coronavirus identified by the WIV in January 2020 as its closest sample to SARS-CoV-2 (96.2% similar).

Further, “The WIV has published a record of conducting “gain-of-function” research to engineer chimeric viruses. But the WIV has not been transparent or consistent about its record of studying viruses most similar to the COVID-19 virus, including “RaTG13,” which it sampled from a cave in Yunnan Province in 2013 after several miners died of SARS-like illness.”

The State Department further noted that “Secrecy and non-disclosure are standard practice for Beijing,” adding that “For many years the United States has publicly raised concerns about China’s past biological weapons work, which Beijing has neither documented nor demonstrably eliminated, despite its clear obligations under the Biological Weapons Convention.”

According to the release, “Despite the WIV presenting itself as a civilian institution, the United States has determined that the WIV has collaborated on publications and secret projects with China’s military. The WIV has engaged in classified research, including laboratory animal experiments, on behalf of the Chinese military since at least 2017.”

Pompeo on the offensive

On Saturday, Secretary of State Mike Pompeo slammed the CCP for ‘covering up’ the Wuhan Virus, saying in a tweet that the “CCP disappeared the doctors who knew,” and “still refuses to let the world in to see what it wrought.”

“CCP lied about where the virus came from,” Pompeo added.

CCP closed travel inside China and allowed the world to suffer. America invents vaccines for the world. Every human being can see this contrast. pic.twitter.com/NTSQAOIUIW

China has repeatedly rejected charges that the virus might have emerged from a laboratory. The U.S. didn’t say how it obtained the new information about illnesses at the lab.

The comments, also noted in a State Department fact sheet, come as China faces criticism for initially preventing some members of a WHO mission from entering China as part of an effort to trace the origin of COVID-19, saying they hadn’t passed health screenings. While the experts were eventually granted clearance, China had already been criticized by the WHO for delaying the mission’s plans to visit the country.

China has been under scrutiny since the outbreak exploded in and around Wuhan, but the Trump administration also sought to pin more blame on authorities in Beijing after the pandemic took off in the U.S. and deaths soared. –Japan Times

The State Department release comes amid China barring entry to two members of a WHO team that was finally allowed to investigate the origins of the pandemic because they tested positive for COVID-19 antibodies. China has demanded that the remaining 13 members undergo two weeks of quarantine in Wuhan.