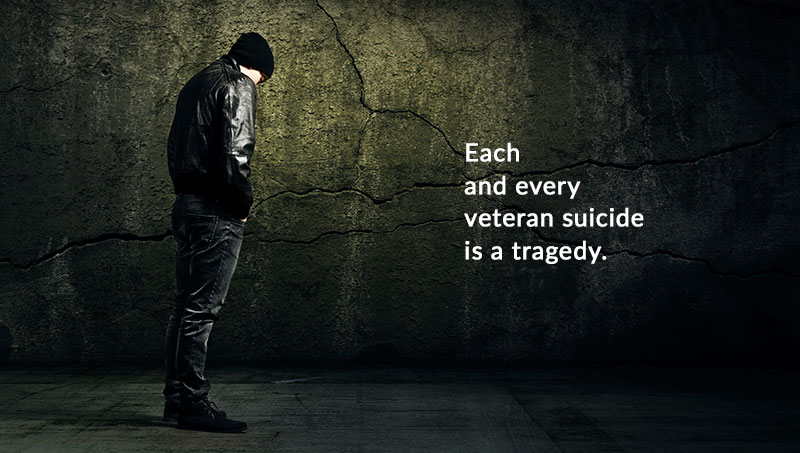 A U.S. marine and Iraqi veteran who served two tours was kicked out of a restaurant due to a tattoo on his neck that reads “22.”

Andrus said he was not allowed to have a drink with family members because he has the number “22” tattooed on his neck which is a known veteran suicide awareness number.

“I have been to a lot of different places and never once had an issue with anyone,” Brandon said.

Brandon said: “They wouldn’t speak man to man. It was, ‘Sorry, sir, it’s a policy.’ They just thought I was going to cause trouble.”

The restaurant expressed that they thought it was a potential gang-related tattoo, and that they had problems with another individual the night before with a neck tattoo.

“We do apologize for making him upset. We don’t want anyone to feel discriminated against,” Robyn Moore, a spokeswoman said.

Andrus’s brother, Ben Andrus, defended him against the restaurant’s owner. The owner responded by saying “anyone with a neck tattoo whether veterans or not veterans are not welcome inside Whiskey Row.”

“Your issue is with gang-related visible neck tattoos. You are basically profiling my brother,” Ben said.

“It represents the 22 soldiers who commit suicide. This is not gang-related it was a very embarrassing moment. It was very uncomfortable,” Ben said.

For years the VA has found that each day 22 veterans commit suicide across the nation. That number (22) was challenged in late 2016 of last year and it was found that the actual number is 20, but the number (22) still reflects solidarity to many veterans struggling with post-traumatic stress disorder (PTSD.) The tattoo is also for those that have thought about taking their own life, or those that have lost friends/family after returning from duty.

There is even a website dedicated to the number 22 called mission22 which reiterates the statistical claim, “according to a VA study each day over 20 veterans take their own lives. But together we can win the war against veteran suicide. Join Mission 22 to let our vets know that they have an army behind them. Your donation dollars assist us in getting veterans treatment when they need it the most, Right now,” the group’s website said.

Andrus served a total of 14 months in Iraq during the years of 2004 and 2005. The report also noted that Andrus has a “30 percent disability from the Veteran’s Administration for post-traumatic stress syndrome.”

The restaurant ended up apologizing and released the following statement on Facebook: