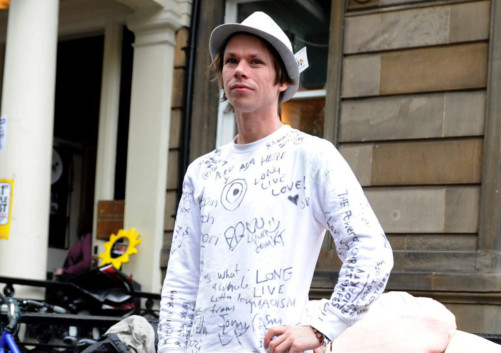 On Tuesday, hacktivist Lauri Love won his battle against the UK’s National Crime Agency, who was trying to force him to turn over his encryption keys.

Love, 31, of Suffolk is currently wanted by the US government for allegedly hacking into agencies including the US Army, NASA, the US Federal Reserve and the Environmental Protection Agency. There are three open extradition requests against him, one to New Jersey, another to the Southern District of New York, and a last to East Virginia.

First arrested in 2013 on an arrest warrant from the US Love was not charged in the UK — yet he had computer equipment seized by British police who then released him on bail.

After his release, Love filed a lawsuit against the UK government to return his seized electronics (including devices which they were unable to decrypt), and in May 2015, he had most of his belongings returned. The government then served him with an order under Section 49 of the Regulation of Investigatory Powers Act, demanding that he turn over the keys to decrypt some of the devices — which he refused to do.

The agency seemed to relent for a while, but later demanded once again that he provide the encryption keys for the TrueCrypt software that he had used. Many believe that it was a retaliatory move for the civil lawsuit that he filed to get his items returned.

Investigators claimed that the reason they would not return the encrypted devices was because they may contain data that he “did not have legitimate ownership of,” such as files he gained through hacking.

“I won’t be assisting obviously, so it’s a matter of whether the judge appreciates that you cannot make someone’s ability to own computers and store data dependent on satisfying the police, especially when someone is not being prosecuted in the country those police are supposed to be upholding the law of,” Love told Sputnik News in April.

Love explained that there could be chilling and far reaching consequences if he was forced to comply. If successful, the case could have set precedent for journalists and others who want to safeguard information, to be easily forced by police to hand over their material.

“If the police can represent ‘facts’ in a colourful enough way to get a warrant, which is basically less effort than farting, then they can take and deny access to anyone of all of their digital equipment and media and refuse to return it if there are any portions they suspect (note, merely suspect, not having demonstrated or proved or evidence, but suspect) to be encrypted — then the property is forfeit,” Love said.

“This is a complete reversal of property rights into privileges granted by the state on the basis that they can peek at whatever they want and a presumption of guilt on any data that is not ‘comprehensible,’” Love stated. “So it all starts to seem a bit like an inquisition, which is kinda how the government would like to deal with hackers, but it’s not the way forward for society.”

While it has still not been determined if Love will get his property back, the decision not to force him to decrypt the files is being widely celebrated by civil liberties groups.

“The case raised important issues of principle in relation to the right to respect for private life and right to enjoyment of property and the use of the Court’s case management powers,” Karen Todner, Love’s attorney said in a statement. A ruling in the authorities’ favor, she added, “would have set a worrying precedent for future investigations of this nature and the protection of these important human rights.”

Love’s legal team has said that he could face up to 99 years in jail if he is successfully extradited to the United States and convicted. Supporters have lobbied on social media launching the hashtag #FreeLove, and using the slogan “No Love for the US Gov!” to speak out against his extradition.