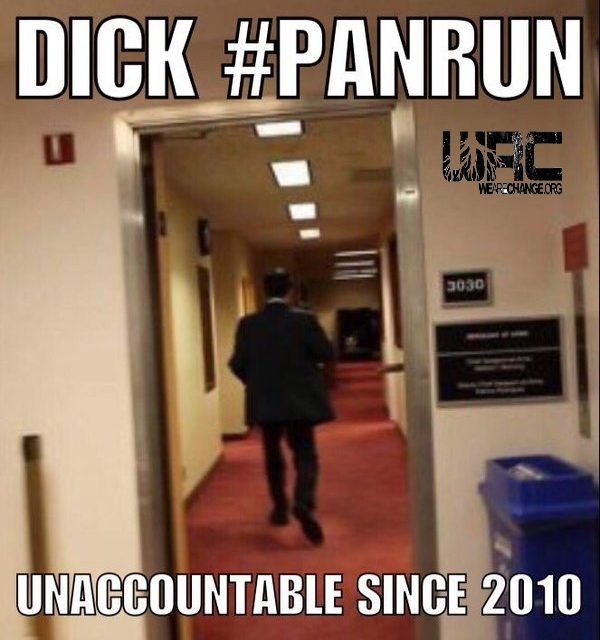 If you have been following the bill that stripped parents in California of their right to decide whether or not their children should receive intravenous injections of vaccines  in order to attend school, you will love this video. Vaxxed Producer Del Bigtree and Dr. Andrew Wakefield visited the author of the bill, Senator Richard Pan, in order to discuss vaccines and he literally ran from them.

The film Vaxxed: From Cover-Up to Catastrophe premiered at the Tower Theater in Sacramento on Mother’s day. The showings were followed immediately after by a popular Q&A sessions with the film’s producers who where on hand. The day after the premiere Dr. Andrew Wakefield, Del Bigtree and Polly Tommey — the film’s producers — made a stop at Sacramento’s capital building to speak with any and all who would listen to their message. Much of the visit was live streaming for the world to watch via the Twitter-friendly app Periscope. After taking a nearly 20-minute, face-to-face meeting with State Senator Joel Anderson (R-Alpine), the producers decided to pay Senator Richard Pan a visit. Del Bigtree challenged the Senator Dr Pan MD  to a public debate before on Fox KTVU Morning show in Oakland California.

Richard Pan is the author of California’s draconian vaccine bill, SB277, going into effect July 2016 which makes vaccines mandatory for an education in California by removing all religious exemptions and personal belief waivers. Andrew and Del attempted to approach the senator to ask him a few questions. When Dick Pan saw the pair coming close, he quickly ducked out the door and ran down two flights of stairs to avoid speaking with them.  Senate Bill 277 aroused suspicion when it was discovered by an independent journalist that the author Pan was taking orders from the pharmaceutical industry live during Sacramento house hearings,who were attempting to maneuver the bill towards its eventual passing.  One year ago dozens of people showed up to a Calafornia Board of Education committee meeting to protest the highly contested bill.

After the historic outpouring of families to halt the passing of SB-277 Senator Pan has not disclosed, or has not ever addressed in any fashion, his agenda behind the bill, or his reported relationship to pharmaceutical companies, and their lobbying groups that were seen on the house floor. This being the age of information, and the people around the US are left scratching their heads questioning Senator Pan’s behavior. The hash tag #Panran and varius other social media memes comparing Pan to icons like Forrest Gump went viral hours after Pan’s dash was released online.

If you have any memes or funny .gif’s or videos related to Pan’s exit please post them in the comment section bellow.

.@SharylAttkisson did u c the scuttlebutt @ the CA Capitol today? @drpanmd literally running from the truth! #panran pic.twitter.com/hUX6bruSoa