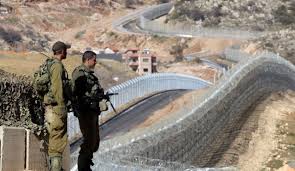 A report recently submitted to the UN Security Council has revealed that the Israeli regime’s military has regular contacts with Takfiri militant groups operating against the Syrian government.

The United Nations Disengagement Observer Force (UNDOF), which has monitored the Israeli-occupied Golan Heights since 1974, said in the report that Israeli officers and the foreign-backed terrorists have “direct cooperation” on the Syrian border over the past 18 months, Haaretz reported on Sunday.

The UNDOF further said they saw Israeli soldiers “on the eastern side of the border fence opening the gate and letting two people enter Israel.”

The peacekeepers also acknowledged that Israel has been admitting injured militants for medical treatment in Safed and Nahariya hospitals.

“UNDOF observed at least 10 wounded persons being transferred by armed members of the opposition from the Bravo side across the ceasefire line,” according to the report.

The UN observers said in the report that they identified “soldiers on the Israeli side handing over two boxes to armed Syrian opposition members on the Syrian side.”