Undercover Journalists Expose Plot To Shut Down D.C. During Inauguration 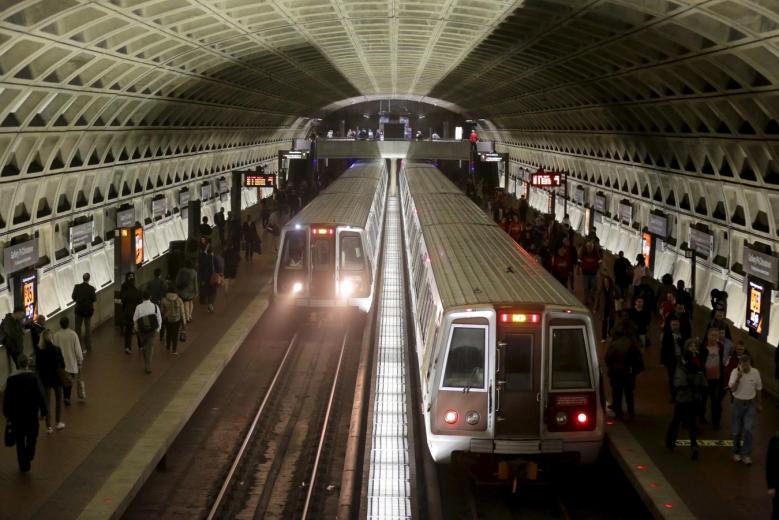 In a new Project Veritas video, James O’Keeffe and his team expose a plot across the U.S. to disrupt the entire District of Columbia—including its rail lines and highways—during President-elect Trump’s inauguration.

The plot was allegedly meant to be carried out by several groups with “some planning peaceful activities some planning criminal activities all under the umbrellas of #DisruptJ20,” according to O’Keefe.

The video opens up with Disrupt J20 organizer, Todd Brogan, speaking in a meeting of protesters:

“A significant number of us, up to a dozen we talked to so far, at least, expressed interest in arrestable actions of civil disobedience, but the agreement that we left Sunday on was, we’re not going to do that unless, as you pointed out, it’s actually effective. We’re not just looking to get a notch to say we got arrested, we want to do it so we can have an impact.”

Another Disrupt J20 organizer, Legba Carrefour, expressed plans to block checkpoints and disrupt the train cars with a chain that would have to be cut, a potentially dangerous stunt.

“So simultaneous to the checkpoint blockades in the morning, we are also doing a series of clusterf*ck blockades, where we are going to try to blockade all the major ingress points in the city,” Carrefour said. “So we figured out this, the trains pull up.. one person is going to lock one end of a chain to an edge and on the other end of the chain the end of the car, so on and so fourth done.”

Carrefour also said that if he was to hit “Metro Center, Gallery Place and L’Enfant Plaza,” all three locations are close enough to walk to, and include every line in the city.

“It takes fifteen seconds and everyone can leave and literally it can’t go anywhere now at that point, it’s anchored,” Carrefour said. “And you can use a really thin chain, you don’t need a heavy chain that would require like a bolt cutter to undo, basically to shut down that line.”

O’Keefe noted that disabling trains constitutes an act of terrorism under 18 USC 1992, which states:

“a person found guilty will face a fine or imprisonment for no more then 20 years and that if the offense results in the death of a person the individual shall be imprisoned for any term of years or for life or may face the death penalty.”

Project Veritas then turned this information over to the DC Metro police, secret service and the FBI.

Benjamin Barr, an attorney speaking for Project Veritas, said the group was able to find evidence that “these individuals were hoping to shut down all metro train transit around the Washington DC area around inauguration.”

In another plot, the Disrupt J20 group wanted to use homeless people to block traffic by setting up tables using the excuse to feed the homeless.

“We want to encourage you all to give to the poor and the homeless. Go right down to 2nd, and D, help us to block the vehicle and pedestrian traffic flowing into the inauguration.”

They even planned to blockade a bridge and one group, Smashing Racism D.C., lead by Mike Isaacson, even advocated “throat punching” groups that they deem nazis.