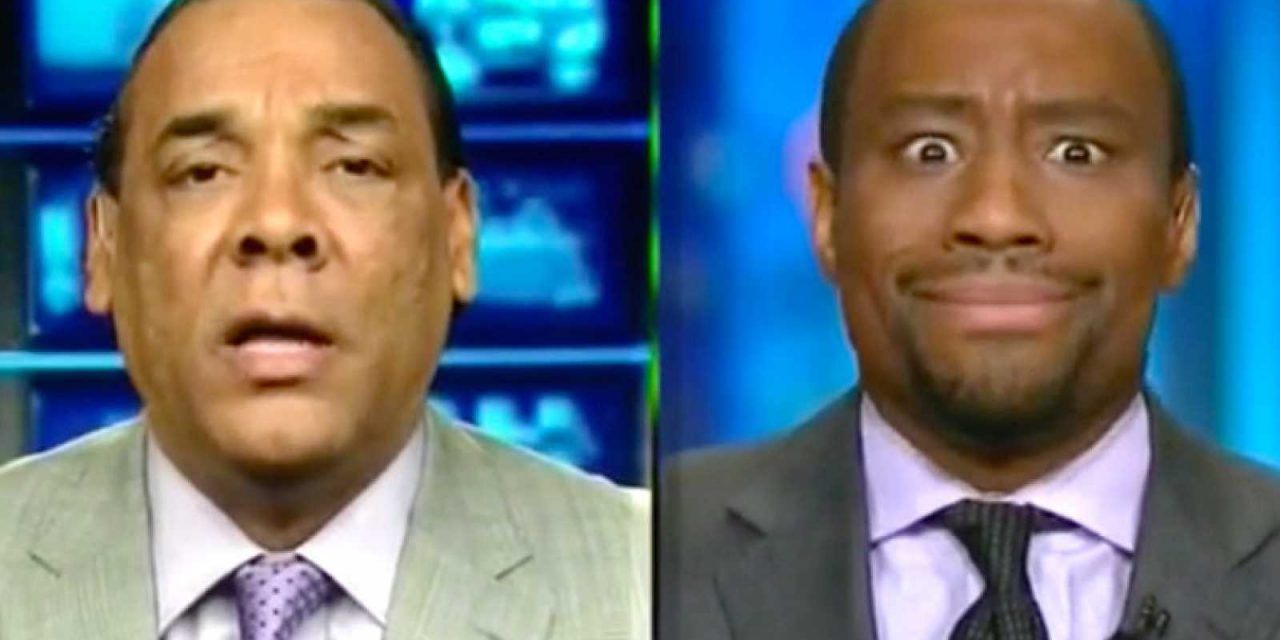 CNN contributor Marc Lamont Hill attacked fellow panelist Bruce LeVell for supporting Donald Trump, as a member of the diversity coalition calling him a “mediocre Negro” who Hill said was “being manipulated by Trump.”

“I love Steve Harvey and I have respect for Steve Harvey and I think his intentions were appropriate, but my disagreement is the way in which he’s being used by folks like Donald Trump,” Hill said. “They keep bringing up comedians and and actors athletes to represent black interests. It’s demeaning, it’s disrespectful, and it’s condescending. Bring some people up there with expertise Donald Trump, don’t just bring up people to entertain.”

That’s when the interview took a turn for the absolute worst as tempers flared between the two men.

“Yeah, it was a bunch of mediocre Negroes being dragged in front of TV as a photo-op for Donald Trump’s exploitative campaign against black people. And you are an example of that,” Hill said.

The conversation then devolved into a shouting match, “I’m not name-calling,” Hill retorted.

Another analyst, identified as Simone, interrupted and said “let me back mark up here because marks making an important point.”

Levell then responded, “Mark is not making an important point. Mark is just talking.”

Last year, during a CNN broadcast, a white contributor Charles Kaiser said the “N word” live on air to a Black Trump supporter when talking about Steven Bannon, and saying that Bannon had said the word previously. This resulted in outrage from the host:

“The more I’ve sat here and listened to the fact that somebody used the ‘N-word’ – it is not okay. It is not okay, Charles Kaiser. I respect you, I enjoy having you as a guest — but not okay. By the way, the claim that Mr. Bannon used the ‘N-word,’ I’ve never heard of this, so there’s that. Take a break,” Baldwin said, looking straight into the camera.”

CNN is also embroiled in a class action lawsuit by its African American employees, claiming the network mistreats its black employees.

“As a result of the current discrimination lawsuit filed on behalf of DeWayne Walker vs. CNN, Time Warner & Turner, we have uncovered stories involving abuse of power, nepotism, revenge, retaliation and discrimination,” Representatives said in a press release.

The lawsuit alleged that “based on data provided by Turner, blacks are terminated at a higher rate than whites and promoted at a significantly slower rate.”

“Written and unwritten policies and practices for performing evaluations and promotions discriminate against blacks,” The lawsuit states, claiming that such policies “allow supervisors to essentially handpick candidates through word of mouth for available positions and make promotion decisions on the basis of subjective criteria,” the lawsuit said. “This system prevents qualified African-Americans from competing equally for positions or even knowing that they are available.”

“This system prevents qualified African-Americans from competing equally for positions or even knowing that they are available,” the lawsuit against CNN claimed.