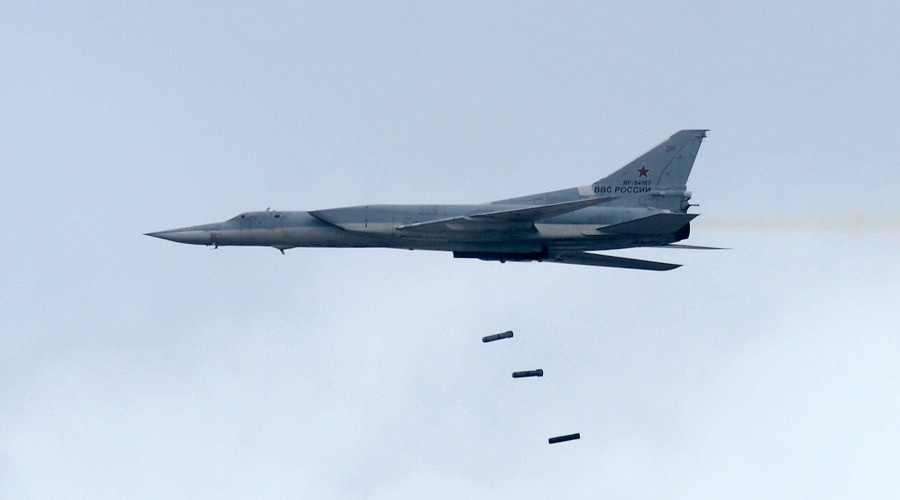 The United States, Russia and Turkey have joined forces in a bombing campaign to take down the Islamic State in Iraq and Syria, and as a result, the coalition’s airstrikes have reportedly injured ISIS leader Abu Bakr Al-Baghdadi.

The report was collaborated by the Iraq Oil Report, a source that gathers daily updates on security developments inside Mosul and surrounding ISIS strongholds in the area.

The bombings were attributed to U.S. President Donald Trump, Secretary Of Defense General James Mattis, Russia’s President Vladimir Putin, and Turkish leader Recep Tayyip Erdogan, all collaborating on the effort to take down the Islamic state.

As part of the continuation of Operation Inherent Resolve, Mattis issued “31 airstrikes Islamic State in Iraq and Syria split between bombings in Iraq and Syria,” a Department of Defense press release said.

Attack, bomber, fighter and remotely piloted aircraft conducted six strikes consisting of 16 engagements in Iraq, coordinated with and in support of the Iraqi government:

— Near Rutbah, a strike engaged an ISIL tactical unit and destroyed a tactical vehicle, two weapons caches and a mortar.

— Near Beiji, a strike engaged an ISIL tactical unit and destroyed a vehicle.

— Near Kisik, a strike engaged an ISIL tactical unit and destroyed a vehicle and an ISIL-held building.

— Near Tal Afar, a strike engaged an ISIL tactical unit and destroyed a semi-truck and a command-and-control node.

Meanwhile, Russia and Turkey coordinated their own bombing campaign against the Islamic State militants, which hit an additional 22 Daesh targets using fighter jets.

“On January 21, the Russian Aerospace Forces and the Turkish Air Force conducted a new joint operation striking Daesh group near Al-Bab in the province of Aleppo,” the ministry said.

Adding that, Russia’s Defense Ministry “had received coordinates of ISIS targets from the U.S. side via hotline with the international coalition headquarters.”

The pentagon has since issued a statement that said, “it didn’t work with Russia to bomb ISIS.”

Although it’s worth noting that Turkey is a part of the coalition against ISIS and Turkey and Russia have recently stepped up their diplomatic relations so it’s highly possible that intelligence coordinates of ISIS positions were handed to Turkey and Turkey passed it to Russia with Turkey being the “hotline.”

Whether this was a coordinated effort or not against ISIS by three major countries, it raises serious questions about how much longer the Islamic State will continue to survive in the middle east and how much longer its ideologies will thrive in the world.