Why The U.S. Is Demonizing Russia To Cover Up Failure In Syria 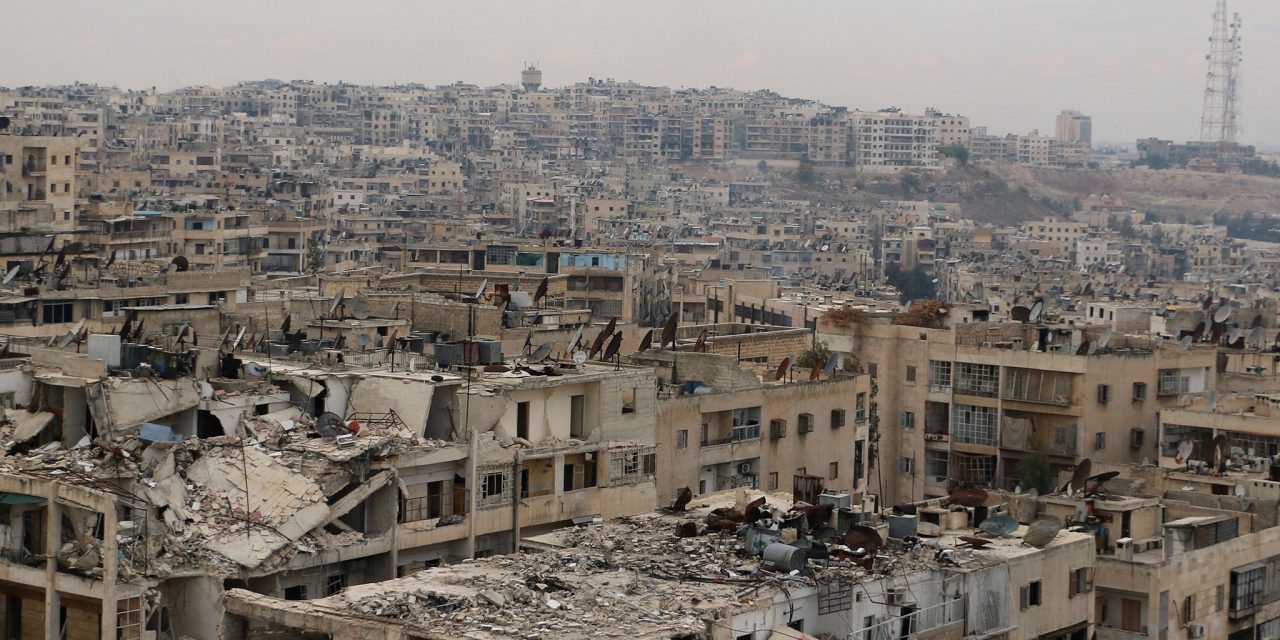 Conflicting reports have surrounded the current state of events in Aleppo, Syria, this week, and it raises the question: Is this yet another attempt by the U.S. government and the mainstream media to paint Russia and Syria in a bad light?

It started on Tuesday when news was released revealing that the Syrian government had taken back control of the city of Aleppo. As Reuters reported, “The battle of Aleppo, one of the worst of a civil war that has drawn in global and regional powers, has ended with victory for Syrian President Bashar al-Assad and his military coalition of Russia, Iran and regional Shi’ite militias.”

While this counts as a victory for the Syrian government, it is a failure for the United States government. The U.S. has said it wants to defeat the Islamic State, but we have to remember that the main goal in Syria in the first place was to overthrow President Bashar al-Assad.

Not only has the U.S. failed to overthrow Assad, it has also wasted MILLIONS of dollars arming and training “moderate rebels,” which has led to several of the failed recruits joining ISIS; even that did not serve as a strong enough method to defeat Assad.

While the mainstream media was quick to jump on Colville’s statement, they failed to report as heavily on a separate statement from the UN Human Rights office, which said that the report had not been verified: “We hope, profoundly, that these reports are wrong, or exaggerated, as the situation is extremely fluid and it is very challenging to verify reports.”

As the Free Thought Project’s Jay Syrmopoulos noted, “When the western media disingenuously talks about genocide in Aleppo, the hidden reality is that the people of Aleppo have been under hostile occupation for years by the so-called ‘moderate rebels’ and forced into a subservient lifestyle.”

Eva Bartlett, an independent Canadian journalist who has covered the Syrian conflict from the ground, called out the corporate media’s coverage of the conflict during a press conference on Friday.

“As for…the agenda of some corporate media: it is the agenda of regime change. How can the New York Times…[or] Democracy Now…maintain until this day that this is a civil war in Syria? How can they maintain until this day that the protests were unarmed and non-violent until say 2012? That is absolutely not true. How can they maintain that the Syrian government is attacking civilians in Aleppo, when every person that’s coming out of these areas occupied by terrorists is saying the opposite?”

What the mainstream media has covered up entirely is that the CIA trained ISIS and the U.S. funded and armed them with Saudi help. U.S. special forces have even complained that the U.S. trained ISIS soldiers. The war in Syria is a proxy war – the U.S. and their allies want to overthrow Assad like they did Gaddafi and Saddam, and they are using ISIS mercenaries to do it. The U.S. even bombed the Syrian army at one point.

The fact is, thousands of people have died in Syria as a result of this war, and while Assad and Putin are not blameless leaders, the Syrian people are backing Assad. As long as the U.S. government continues to demonize Russia and to push for overthrowing Assad, and as long as the mainstream media continues to preach unverified propaganda, it only pushes us closer to an even greater war.