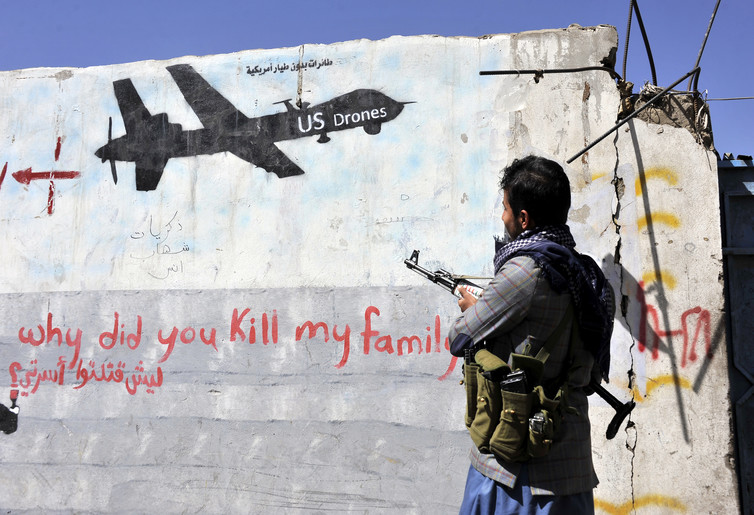 Beginning an intense campaign of drone strikes against Yemen on Thursday, US forces continued to pound targets in the country throughout the weekend, with little sign that anything high value was hit, but Yemeni officials continuing to label every anonymous person on a motorcycle killed as a “suspect,” with two more suspects killed Sunday.

As the attacks stop being restricted to the mountains and start hitting actual towns and villages, however, the anonymity of the victims isn’t always solid, with reports out of Shabwa Province that some of the US strikes hit civilian homes, wounding a number of civilian bystanders.

Pentagon officials have largely not addressed the question of who is being targeted in specific strikes, saying only that broadly the efforts are meant to prevent al-Qaeda forces from being able to organize and carry out attacks overseas from locations within Yemen.

Officials did concede on Friday that the strikes had been planned since before President Trump’s inauguration, and were totally unrelated to the January ground raid by SEAL Team 6, in which a number of civilians were killed and much of a village was destroyed