US Government Cracks Down On People Sharing Books 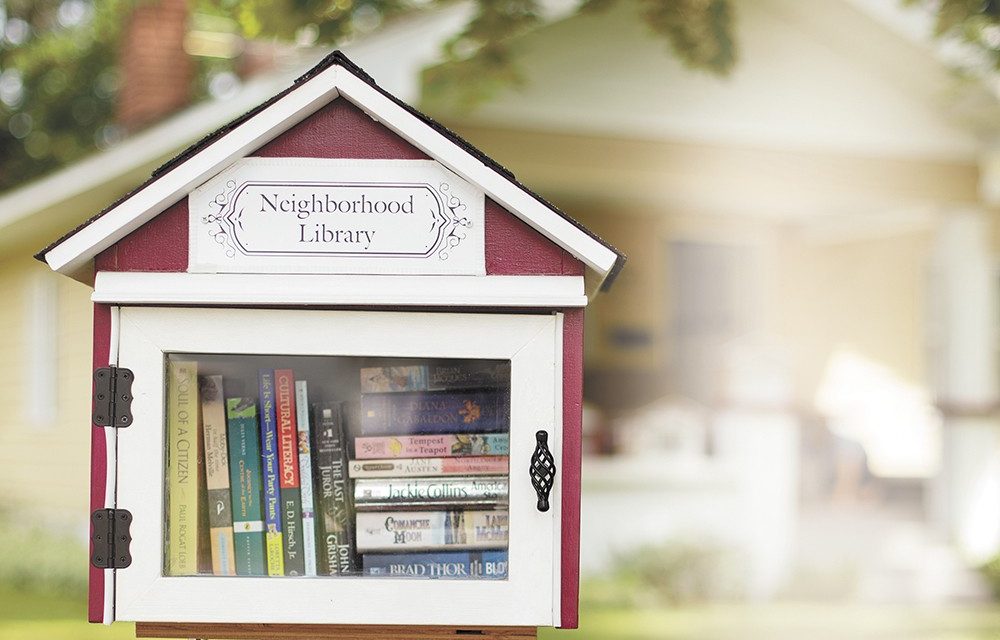 Near my father’s home, something that looks like a large birdhouse has appeared on someone’s property. It’s one of those “little free libraries” that you might have seen — they’ve popped up all over the place.

The idea is simple: If you want a book, you take a book and leave another in its place. It’s a nice, sweet idea that has worked out remarkably well, considering how many folks out there are Grade A jerks.

Speaking of jerks, however, the government is cracking down on such book sharing. Because of course it is:

Last summer in Kansas, a nine-year-old was loving his Little Free Library until at least two residents proved that some people will complain about anything no matter how harmless and city officials pushed the boundaries of literal-mindedness:

The Leawood City Council said it had received a couple of complaints about Spencer Collins’ Little Free Library. They dubbed it an “illegal detached structure” and told the Collins’ they would face a fine if they did not remove the Little Free Library from their yard by June 19.

Scattered stories like these have appeared in various local news outlets. The L.A. Times followed up last week with a trend story that got things just about right.

“Crime, homelessness and crumbling infrastructure are still a problem in almost every part of America, but two cities have recently cracked down on one of the country’s biggest problems: small-community libraries where residents can share books,” Michael Schaub wrote.

“Officials in Los Angeles and Shreveport, Louisiana, have told the owners of homemade lending libraries that they’re in violation of city codes, and asked them to remove or relocate their small book collections.”

This, ladies and gentlemen, is why we can’t have nice things.

Keep in mind that these structures are on private property, and are typically not large enough to do much of anything except hold a handful of books. Wronging another human in any way with these structures may be literally impossible.

As Conor Friedersdorf wrote about the issue:

This is what conservatives and libertarians mean when they talk about overregulation disincentivizing or displacing voluntary activity that benefits people. We’ve constructed communities where one must obtain prior permission from agents of the state before freely sharing books with one’s neighbors!And their proposed solution is to get scarce public art funds to pay for the needless layer of bureaucracy being imposed on the thing already being done for free.

He’s right. This is beyond ridiculous, yet it’s happening.

The stupid is strong with many local governments, and they embrace it with a passion usually reserved for the cover of a romance novel. (Readers, feel free to mock up a Photoshop of that.)