The US government punished 1400 whistleblowers in the past year. 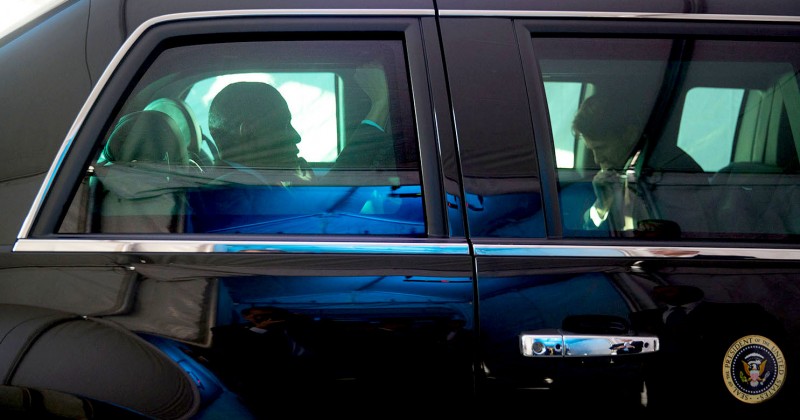 President Obama talks on the phone in the motorcade. (Photo: White House/Pete Souza)

Federal employees who expose government waste, fraud and abuse are having a tough time in the “most transparent administration in history.”

MacLean, who complained that air marshals were improperly grounded by the TSA, is taking his termination to the U.S. Supreme Court after losing a series of lopsided proceedings at the agency. He said the TSA branded him “an organizational terrorist.”

Boven, a medical doctor, was fired after alleging “fraudulent billing and ghost employees who didn’t help one single veteran.”

Nevertheless, whistleblowing is on the rise, according to Carolyn Lerner, chief attorney in the U.S. Office of Special Counsel.

“The numbers are through the roof,” Lerner reported.

The outcomes aren’t necessarily good news for taxpayers or advocates of open government.

Of 2,900 cases last year, 1,400 involved retaliation against whistleblowers, and whistleblowers prevailed less than a quarter of the time.

“There is a new trend,” saidTom Devine, legal director for the Government Accountability Project. “(Washington) is making it a crime to blow the whistle. You have the choice of resigning or facing charges. That’s chilling.”

Devine told the House Subcommittee on the Federal Workforce that more agencies are exploiting and expanding a “sensitive jobs loophole” to keep government employees from speaking out about waste, fraud and abuse.

“Sensitive jobs,” he said, aren’t just held by the likes of NSA leaker Edward Snowden anymore. They can now include employees stocking sunglasses at military base exchanges.

“We’re changing from the rule of law to a national security spoils system,” Devine said.

The 1989 Whistleblower Protection Act has been “enhanced” twice, most recently in 2012.

But contrary to President Obama’s promise of unprecedented openness in government, news reports have excoriated “Obama’s war on whistleblowers.”

Associated Press President Gary Pruitt said last year that whistleblowers “may be reluctant to talk to the press because they don’t want records kept on them or their phone number associated with a news gathering organization.”