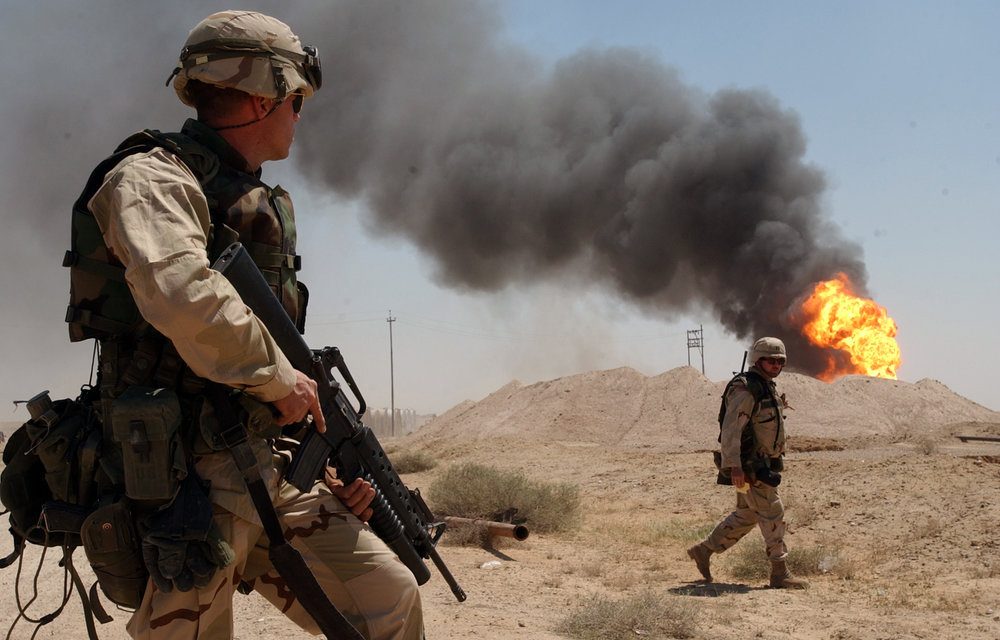 Last month, former CIA analyst John Nixon made headlines when he asserted that while he was interrogating Saddam Hussein after the 2003 invasion, the dictator warned him that the U.S. would fail in Iraq.

Now, Nixon has revealed yet another unsettling detail: the Bush administration knew they were going to take on Iraq on “day one” — before the 9/11 terror attacks even occurred. In fact, they viewed Iraq as “unfinished business,” according to the former analyst.

“We never really understood at that point what unfinished business meant, but we knew that they wanted to do something,” Nixon said in an interview with BBC Radio 4′s “Today Programme” this week.

“You know, they had their minds made up from day one. And then after 9/11, that’s when the death warrant for Saddam Hussein was signed,” he explained.

He added that Hussein’s execution was “the final straw in terms of pulling out the justifications for the war in Iraq.”

The Bush family had history in Iraq prior to the 2003 invasion. When George Bush Sr. was president, he launched the Gulf War, which, like his son’s war, was also rooted in fabricated justifications.

Claiming thousands of Iraqi troops were threatening Saudi Arabia, and thus U.S. oil interests, Bush Sr. made the case for U.S. military action. His administration also argued Hussein was threatening Kuwait without provocation, conveniently leaving out details of the two nations’ previous partnership and internal conflicts that stemmed from it.

Bush ultimately opted not to invade Iraq, instead deploying troops to Kuwait to expel Iraqi soldiers, a move that drew praise from then-Secretary of Defense Dick Cheney.

Still, in 1993, Bush Sr. visited Iraq and was hit with an assassination attempt — one U.S. intelligence agencies pinned on Hussein (it’s possible this is the “unfinished business” Nixon recalls, especially considering that when criticizing Hussein after 9/11, Bush Jr. said, “After all, this is a guy that tried to kill my dad at one time”).

The history of the United States’ involvement in Iraq prior to Bush Sr. is even more muddled. Though Bush Sr.’s administration sounded the alarm on Hussein, the U.S. government — under the Reagan administration before Bush — had been backing the dictator’s regime in its fight against Iran during a bloody, years-long war.

In fact, the CIA provided tactical aid to Hussein knowing he was using chemical weapons. More recently, it was revealed that this relationship was much deeper than previously known.

As Foreign Policy noted in 2013, “senior U.S. officials were being regularly informed about the scale of the nerve gas attacks,” which was “tantamount to an official American admission of complicity in some of the most gruesome chemical weapons attacks ever launched.”

Indeed, the U.S. government empowered Hussein before they moved to oust him under the false pretenses of weapons of mass destruction.

“But talking to Hussein, [Nixon’s] advisers and subsequent research had led him to the conclusion that Iraq’s nuclear weapons programme had ended years earlier.”

Nixon says he and his team were subsequently regarded as failures, even though in February of 2001 then-Secretary of Defense Colin Powell said Hussein had “not developed any significant capability with respect to weapons of mass destruction.”

These flimsy accusations, taken with Nixon’s recent statements, are ultimately unsurprising. Years prior to 9/11 and the Iraq War, neoconservative think tank Project for a New American Century was making the case for invasion.

In early 1998, they demanded President Clinton work toward the “removal of Saddam Hussein’s regime.” Clinton had signed the Iraq Liberation Act by the end of the year, officially adopting a policy of regime change in Iraq and paving the way for the subsequent administration to tear into the country.

Nixon has long been a critic of the Iraq War and has revealed many of his experiences in his recent book, Debriefing the President: The Interrogation of Saddam Hussein. As he told BBC Radio this week:

“We went to Iraq to do all of these things, to find the weapons of mass destruction, to help build a new Iraq, to establish rule of law, give the Iraqi people democracy, and one by one, all of those things just crumbled.”

This article (Saddam Hussein’s CIA Interrogator Finally Reveals Truth About Bush’s Invasion of Iraq) is free and open source. You have permission to republish this article under a Creative Commons license with attribution to Carey Wedler and theAntiMedia.org. Anti-Media Radio airs weeknights at 11 pm Eastern/8 pm Pacific. If you spot a typo, please email the error and name of the article to edits@theantimedia.org.