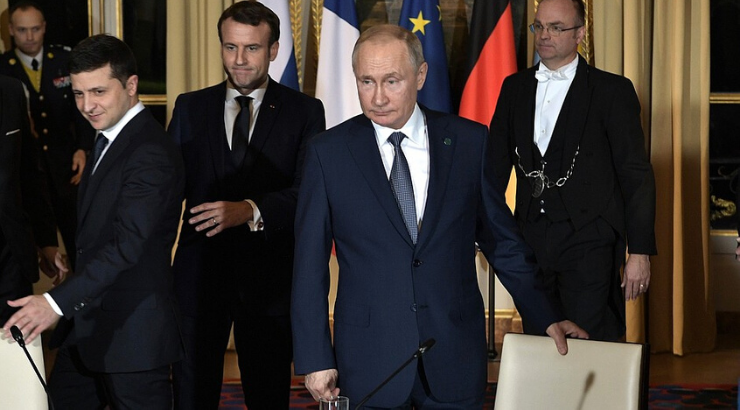 Sanctions-happy Washington continues to aid in a slow rapprochement between Russia and Ukraine. Ironically enough, at moment the US is demanding Nord Stream 2 contractors to lay down their tools and wind-down operations “immediately” or face further sanctions, there’s been an unprecedented breakthrough in the standoff between Russian state energy giant Gazprom and Kiev:

Of course the other supreme irony is that Washington has claimed all along to be acting in Ukraine and Europe’s best interest, but it appears no one is getting the message.

As we detailed earlier this week, Allseas, the Swiss company that is Nord Stream’s main contractor, confirmed its workers as well as partner contractors have laid down their tools; however, others have pressed forward as the project is very near completion, also as both Gazprom and the Nord Stream 2 project spokesman have promised to finish. Gazprom says its retrofitting its own ships to take over the bulk of pipeline laying that Allseas was overseeing.

The WSJ reported previously that “Jens D. Mueller, a spokesman for Nord Stream 2’s parent company, said that the pipeline would be finished despite Allseas pulling out its fleet.” Additionally, Russia’s Energy Minister Alexander Novak vowed the 760-mile will be launched before the end of 2020 even after President Trump signed NS2 sanctions into effect last Friday, which target the companies laying the pipeline.

But now there’s less incentive for European companies and Gazprom itself to heed Washington’s warnings and stop work. As Reuters reports of Friday’s major breakthrough:

Last week, Russia and Ukraine announced the terms of a new gas transit deal, under which Moscow will supply Europe for at least another five years via its former Soviet neighbour and pay a $2.9 billion settlement to Kiev to end a legal dispute.”

So again, as Russia and Germany continue to ignore US pressures and demands, after even some in the US administration have admitted it’s “too little too late” to block the NS2 project at this point, the unintended end result is that against all odds Russia and Ukraine could come out of this BFFs.