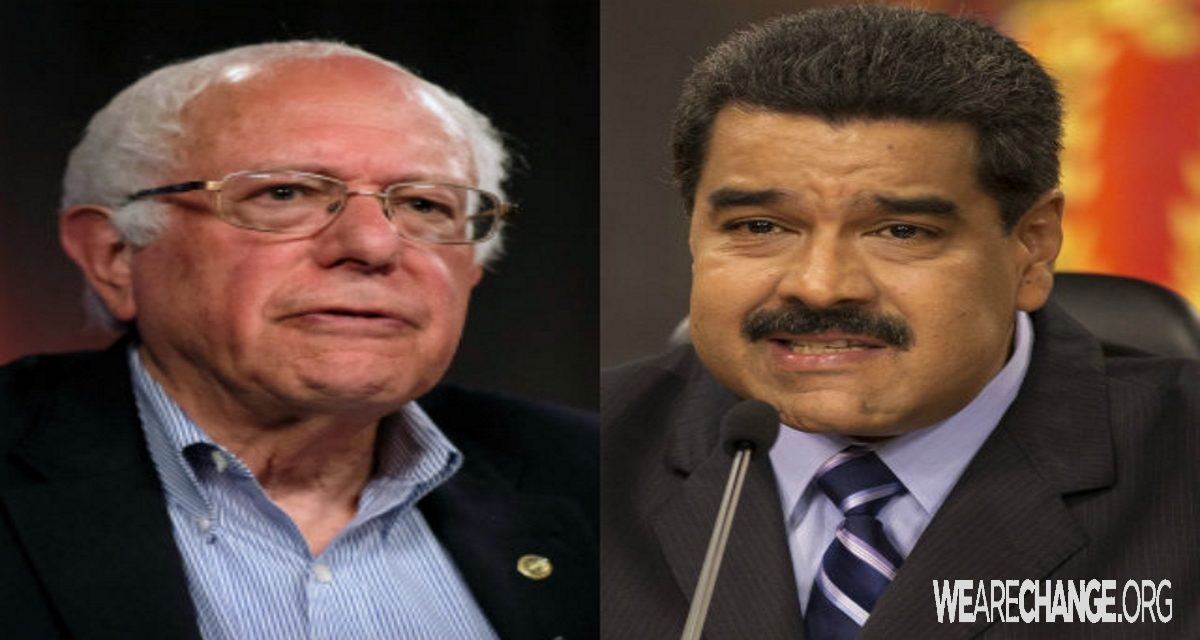 (CNN)Venezuelan President Nicolas Maduro believes Bernie Sanders would be headed to the White House if the U.S. held “free” and fair elections.

During a television broadcast on Tuesday night, Maduro — who has expressed support for Sanders, a self-described democratic socialist, in the past — called the Democratic candidate “our revolutionary friend” and said it was only “an archaic (electoral) system that is 200 years old” keeping him from the presidency.
Maduro’s comments, heard on a video translated by Reuters, were less complimentary of the presumptive Republican nominee.
“Donald Trump could win with the electoral system they have in the United States,” Maduro said. “And you know why? Because Donald Trump is using a force for change hidden in U.S. society.”
Neither campaign responded immediately to requests for comment.
Related: North Korean state media op-ed calls Trump ‘wise,’ Clinton ‘dull’
The Venezuelan president, who took the reins of the South American nation after the 2013 death of strongman Hugo Chavez, has praised Sanders before, calling him “an emerging candidate with a renovating and revolutionary message” during a speech in March.
Sanders in 2006 helped strike a deal with the Chavez government in Caracas that brought cheap heating oil to low-income Vermonters and homeless shelters in the state. He rejected criticism at the time, telling reporters it was “not a partisan issue.”
When pro-Clinton super PAC Correct the Record sought to tie Sanders to Chavez in September, the senator’s campaign fired back in a fundraising email that called the former Venezuelan leader a “dead communist dictator.”